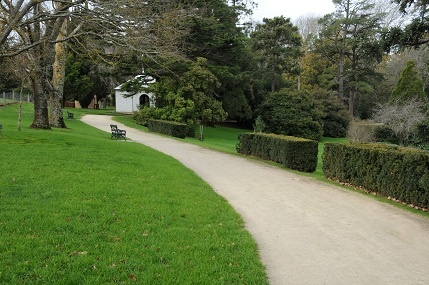 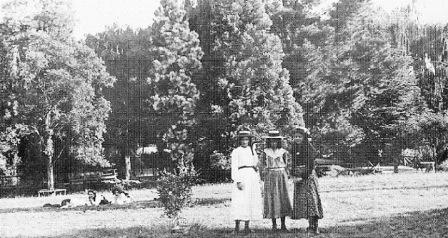 File note 08/08/2012:
The plans for the gardens, one of the oldest in Victoria, were drawn up in 1859. In 1860 they were presented to the Surveyor General for approval, as well as to enable the Council to obtain a Government grant towards the development of the gardens. Baron Von Mueller of the Melbourne Botanic Gardens helped with the supply of plants to the Buninyong Botanic Gardens. The gardens were at their peak at the turn of the 20th Century.

Within the gardens stands the Queen Victoria Rotunda, the first public memorial in Victoria to honour the reign of Queen Victoria: 1837-1901. Built at a cost of £70 with money raised by local ladies, the Rotunda was completed in November 1901, ten months after the Queen's death.

The area surrounded by the reinforced concrete walls, created by Shire Engineer C. C. P. Wilson after World War One, was originally the holding tank, built in 1861, for the town's water supply. In the 1870's it was converted into the bluestone swimming baths. The baths' later adaption into a sunken Memorial Garden still retains their historical significance.