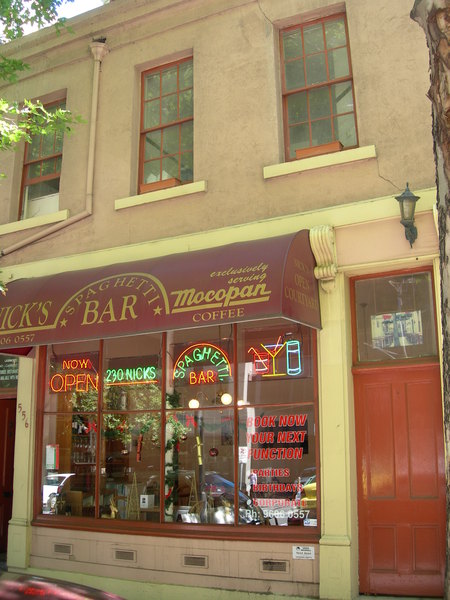 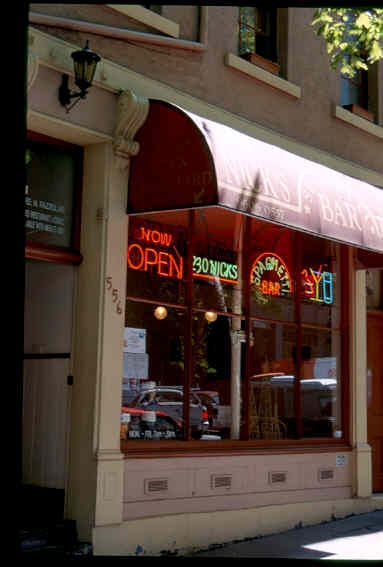 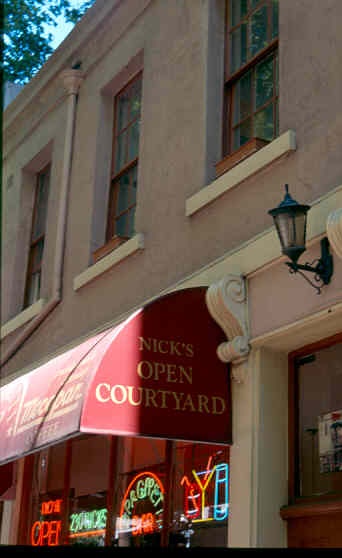 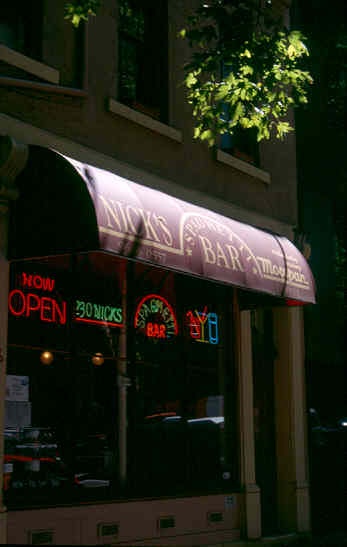 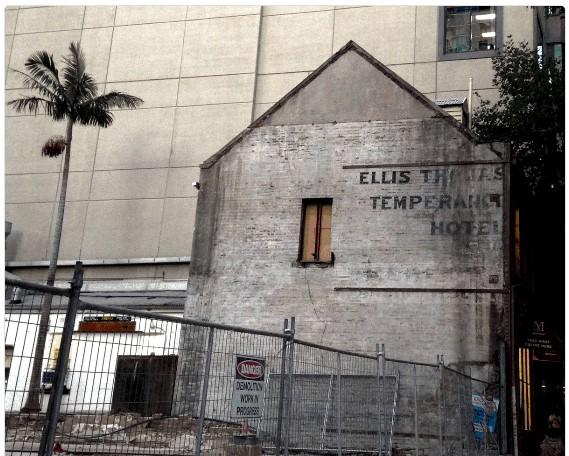 What is significant?
In 1851 a house, shop and bakehouse occupied this site in Lonsdale Street. It appears to have been used as a bakery until 1855 when an application was made to build on the site, and the front section of this building was constructed for Edward Fitz Simmons. This seven room brick building was initially occupied by the government as a Survey Office and was subsequently used by a general merchant, and then used as a boarding house and temperance hotel (the latter evidenced by a painted sign which survives on an exterior side wall). The present shop window and second entrance were added at a later date, probably when it was first used as a shop in 1859. A single storey wing was added to the rear, possibly in the period from 1878-81, when it was in use as an hotel. Footing remnants of the original baker's oven survive to the rear of the building and other remnants of the original building may remain.

The building is of two storeys with an attic storey and a single storey wing at the rear.

This early Victorian building has a simple symmetrical facade, with three rectangular paned windows at first floor level and a central shop front, flanked by two entrances at ground level. Decoration is confined to four pilasters and consoles, the latter on the fascia between the levels, and these define the doorways below. Two dormer windows are placed in the roof to provide light at attic level.

How is it significant?
The premises at 556-558 Lonsdale Street, Melbourne are of architectural and historical significance to the State of Victoria.

Why is it significant?
The premises are of architectural significance as an illustrative example of a shop/house in 1850s Melbourne. Although not completely authentic, the scale and form of the building, and some of the interior spaces, are indicative of this early period. The shop window is probably amongst the earlier examples of its type.

The premises at 556-558 Lonsdale Street, Melbourne are of historical significance as one of the older surviving buildings in central Melbourne. This building appears to be one of the few in Melbourne, which remain largely intact from the 1850s.
[Online Data Upgrade Project 2005]