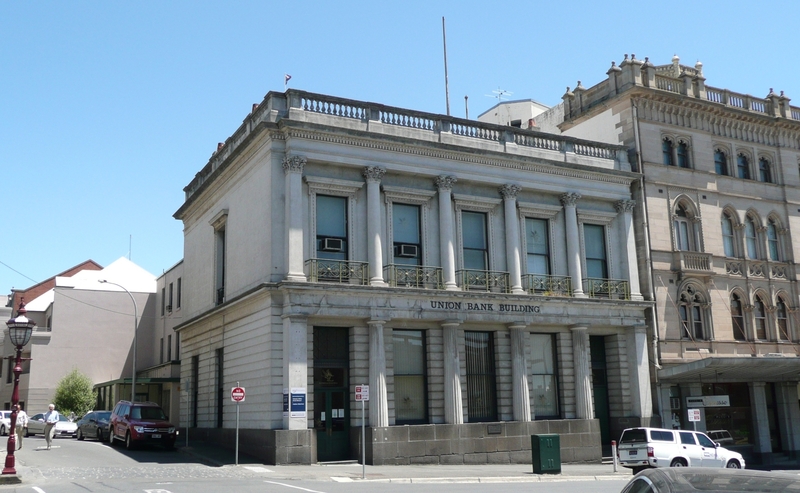 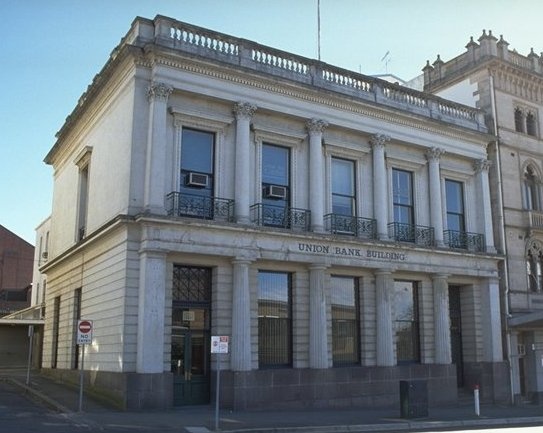 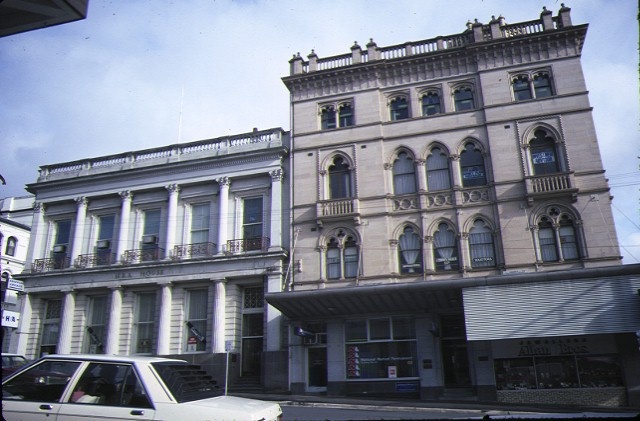 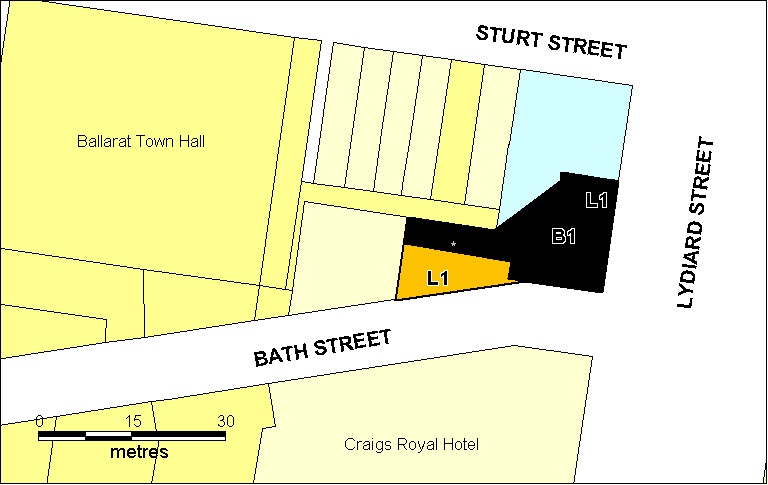 What is significant?
This former bank building was built in 1863-64 to the design of architect Leonard Terry. It replaced an earlier building that operated from 1857. The Union Bank disposed of the building in 1951 when it merged with the Bank of Australasia.

This two storey building constructed of stuccoed brick has a five bay facade. The fluted Doric columns of the ground floor colonnade are in the Greek manner, without bases. This colonnade is grandly matched by an upper floor colonnade of unfluted Corinthian columns supporting an entablature with dentillated cornice below a balustraded parapet. Behind the colonnades is a conventional Terry facade, with a rusticated ground floor of ruled masonry courses, and hooded windows in the piano nobile with projecting balconettes. The Greek revival character is maintained by the diagonal patterned transom lights above the entrance and the iron scroll work of the balconettes.

Internally the main rooms and circulation spaces have been maintained, including the large dogleg stair. Some joinery has survived, including unusual mouldings in a Roman style around several doors and windows. The first floor passageway has an elaborate cornice and the ceiling has a Greek frieze patterned border. On the ground floor a large nineteenth century safe door to the strong room has survived intact.

How is it significant?
The former Union Bank is of architectural significance to the State of Victoria.

The former Union Bank is one of Terry's finest designs. Terry was a prolific designer for the major banks, and was architect for more than fifty bank branches, many designed in the Italian palazzo style. The Greek Revival character of this bank is expressed through the use of full Doric columns which is unmatched in any of Terry's surviving works in Victoria, although they were employed by Terry in his London Chartered Bank in Melbourne (demolished) and the former Union Bank in Launceston, Tasmania of 1865.

The former Union Bank is of historical significance as one of a number of banks in Ballarat designed by Leonard Terry. The bank demonstrates the historical importance of Ballarat as a gold mining town and is representative of the large number of institutions that established branches to service a thriving community founded on gold.