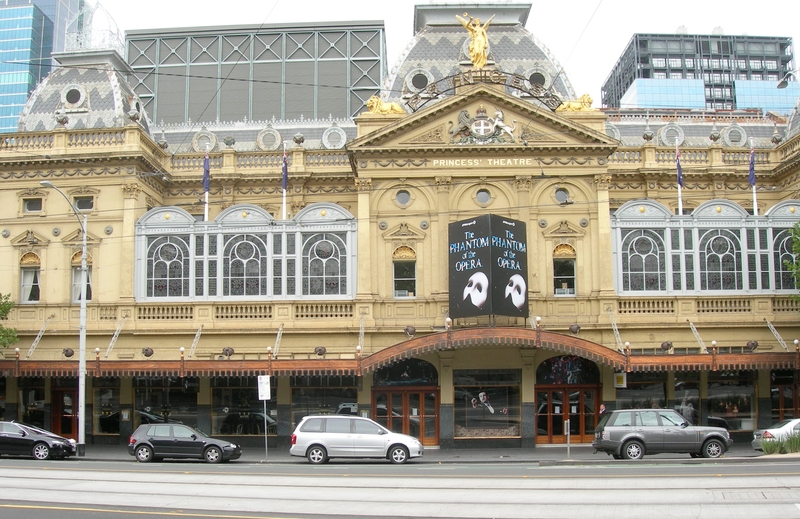 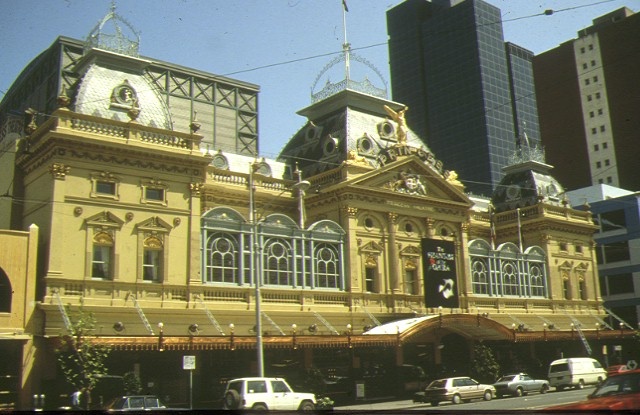 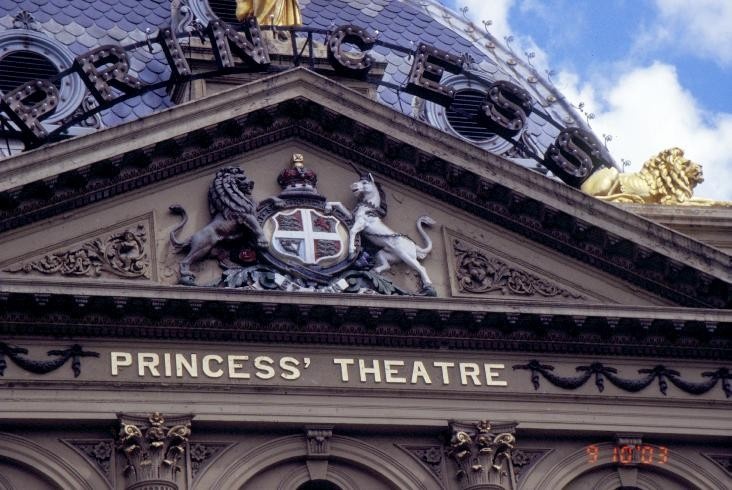 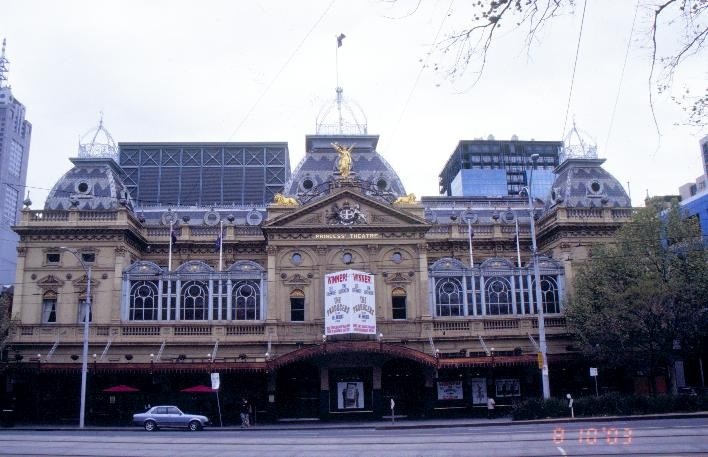 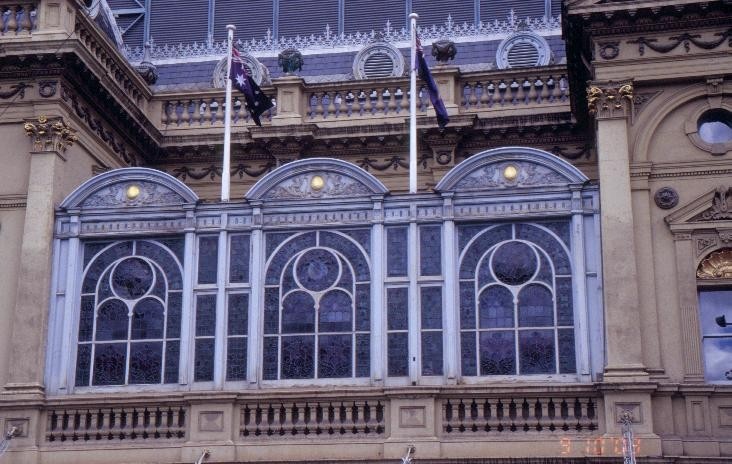 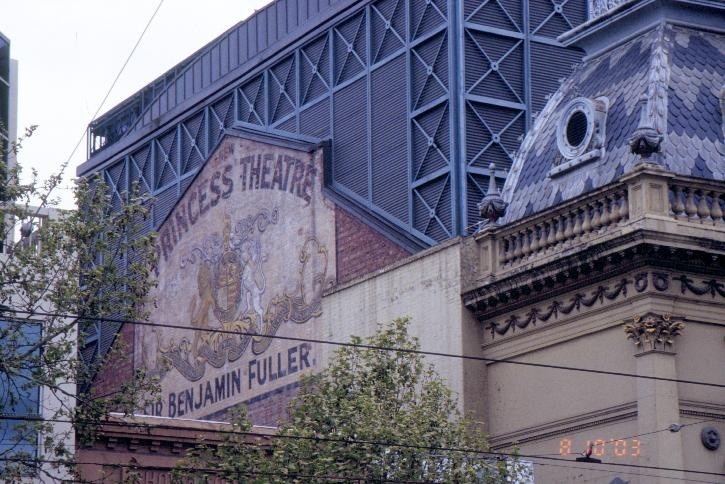 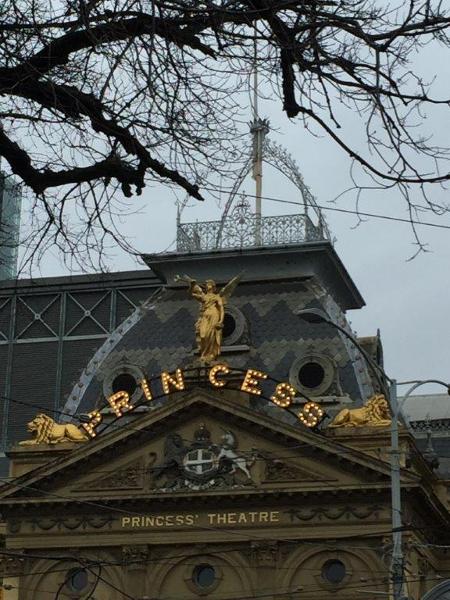 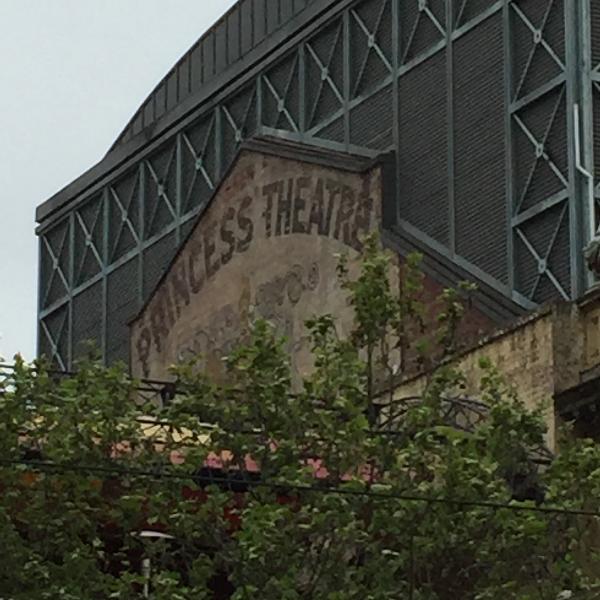 What is significant?
The present Princess Theatre was constructed in 1886 to a design by William Pitt. It was built by builders, Cockram and Company, for the partnership of Williamson, Garner and Musgrove, which included the highly successful theatrical entrepreneur, J. C. Williamson. Astley's Amphitheatre, a corrugated iron structure which seated over 2000 people, first occupied the site from 1854 to 1856. Remodelled and renamed the Princess's Theatre and Opera House in 1857, the building was owned by the noted Melbourne theatre figure, George Coppin. This original Princess Theatre was demolished in 1885 and the New Princess Theatre, as it was known, was erected.

In 1886, the Princess Theatre was recorded as the fourteenth theatre erected in Melbourne, although only four remained in operation that year. Designed in the style of the French Second Empire, the theatre is of rendered brick with a slate roof. It has a symmetrical facade with three dominant pavilion bays, each roofed with mansard domes crowned with elaborate cast iron cresting. The facade is balustraded with urns, and contains a frieze of festoons, giant order Corinthian pilasters and attached columns. The central bay features a pediment containing the British coat of arms, surmounted by a figure of Fame and couchant lions. Originally open balconies flanked this central bay, however these were infilled with stained glass sections in about 1901. A verandah was added to the central section of the facade in the early 1890s.

At the time of opening the Princess Theatre was greatly admired for its luxurious interior, electric lighting and opening roof for ventilation. This ingenious, roll back roof required an eight metre wide circular opening in the ceiling to slide open and two sliding sections of gabled roof to move apart.

In 1922 the interior of the auditorium was remodelled by prolific theatre architect, Henry E. White, who was involved in the remodelling and rebuilding of over one hundred Australian theatres. At this time the auditorium and stage were re-planned and reconstructed, and the interior redecorated in a delicate 'Adam' style. A ground level foyer was also created by the addition of a lateral vestibule space, and the grand staircase and existing upper foyer were redecorated. The ground level facade was reconstructed to reflect the new foyer, with shops removed and a cantilevered verandah erected.

Films were screened at the Princess Theatre on occasions during the 1920s and 1930s, as well as live theatre. It became a full time picture theatre in 1942, due to the scarcity of live performances as a result of World War II, and continued in this manner until 1947. It then returned to live theatre.

The Princess Theatre was restored in 1989 by Axia and Greenhatch and Allom Lovell and a new flytower was installed at this time.

How is it significant?
The Princess Theatre is of architectural, historical and scientific (technical) significance to the State of Victoria.

Why is it significant?
The Princess Theatre, is of architectural significance as one of the finest examples of an 1880s boom era theatre in Melbourne and one of the most important works of the architect William Pitt. Of the number of theatres he designed, it is one of only a few remaining.

The Princess Theatre is of architectural significance for its auditorium and foyers which are major examples of the work of theatre architect, Henry White. White was one of the most prolific theatre architects and the Princess Theatre is one of his most intact interiors. It represents an important transition period in interior theatre design, reflecting the impact of picture palace architecture on live theatre design.

The Princess Theatre is of historical significance for its associations with J. C. Williamson, Australia's most successful theatrical entrepreneur.

The Princess Theatre is of scientific (technical) significance for its sliding roof and ceiling, which opened to the sky to allow ventilation. This was one of the first applications of such a feature in Victoria.