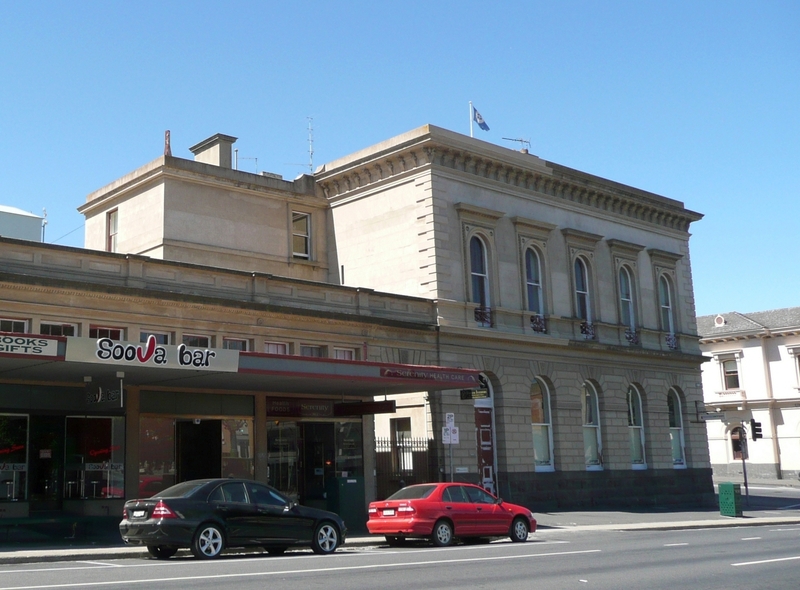 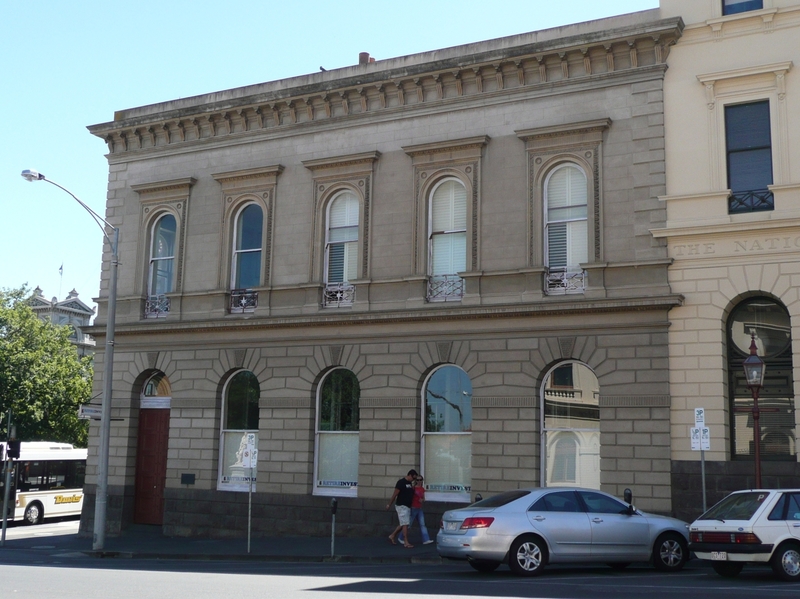 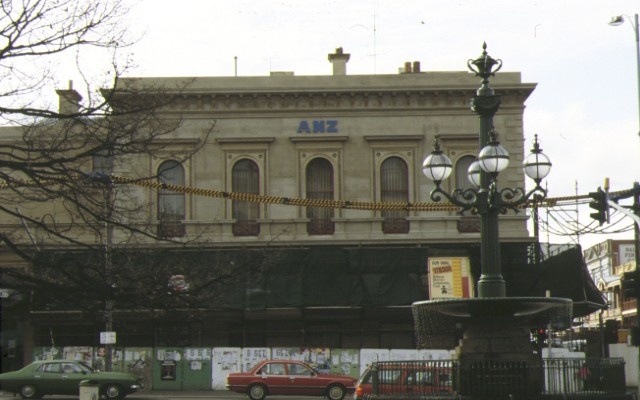 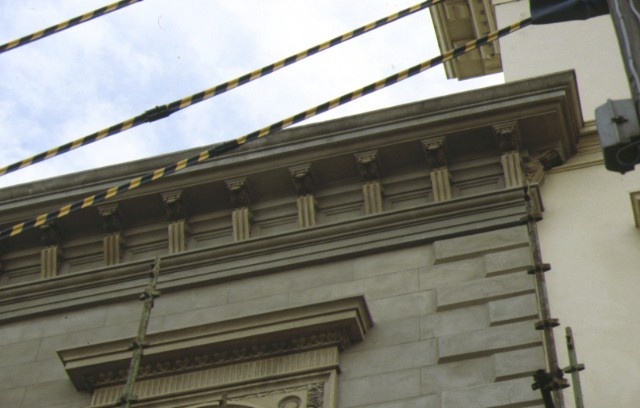 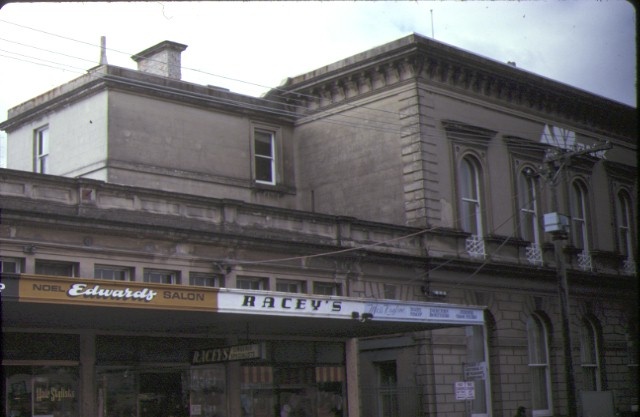 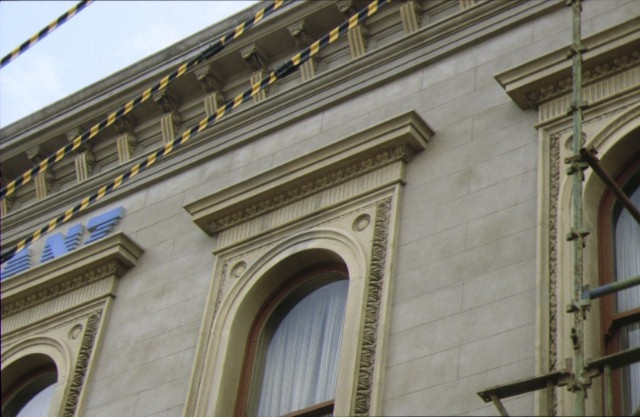 What is Significant?
The former ANZ Bank site, 202 Sturt Street, originally built for the Bank of Australasia, is comprises the original 1863 two storey former bank building and a third storey towards the rear of the site, all of which were designed by the eminent Melbourne architect, Leonard Terry. There is also a single storey addition dating from 1933 along the Sturt Street frontage to the west and rear 1920s ground floor toilets accessed by a narrow walk way. The significance of the exterior lies in the configuration of the elevations, based on Italian palazzo design. It has a rusticated bluestone plinth which supports a smoothly rusticated ground floor with voussoirs and keystones about the large round-arched windows, and a decorative horizontal band at the level of the spring of the arches. A projecting string course denotes the separation with the first floor that has smoothly rendered wall surfaces between round arched windows set into rectangular ledged-capped frames with rosettes in the corners. Smoothly rusticated quoin work adds strength to the corners at this level, while window balustrades are distinctive. Crowning the building is a projecting parapet cornice supported by consoles. The parapet conceals the hipped slate roofs behind. The single storey addition along Sturt Street has been designed in sympathy to the original exterior. Generally, the exterior of the building is in good condition and of high integrity. Internally, the simplicity of Terry's original plan is no longer extant, with numerous changes from the 1920s-2000 having made a substantial impact. In 1998 the building was subdivided and major alterations carried out, converting the bank into ground floor shops and offices, and upstairs residential apartments. However, the elaborate coffered ceiling with Greek Key cornice patterning of the former banking chamber is still extent, as is the ceiling rose. The shell of other ground floor and upstairs spaces is also still evident, as are some significant details including the large arched windows, timber joinery, ornate ceiling cornices and marble fireplaces. Another notable feature is the timber spiral staircase that leads from the first floor to the attic.

How is it significant?
The former ANZ Bank is historically and architecturally significant to the State of Victoria.

Why is it significant?
The former ANZ Bank is historically significant for its associations with the establishment of the Bank of Australasia in Ballarat in 1855 as a result of the gold rush. This building was constructed in 1863 for the former Bank of Australasia and later became a branch of the ANZ Bank until 1998. It has further associations with the eminent 19th century bank architect, Leonard Terry.

The former ANZ Bank is architecturally significant as a most distinctive, Victorian Renaissance Revival bank design by the architect, Leonard Terry. The fine elevated proportions and detailing of the wall surfaces, opening surroundings, stringcourses and consoles, proclaim the high quality of Terry's palazzo style. The building is also a prominent architectural landmark in central Ballarat, and together with Terry's Renaissance Revival designs for the neighbouring National Bank (1862), Bank of New South Wales (1862) and Colonial Bank (1860), the former ANZ Bank forms a unique streetscape of substantial bank buildings by the same architect. Unlike the exterior, the interior of the building has been greatly altered, although the surviving fabric of the 19th century- including the timber joinery, ceiling cornices, windows and fireplaces- contribute to the architectural significance of the place.