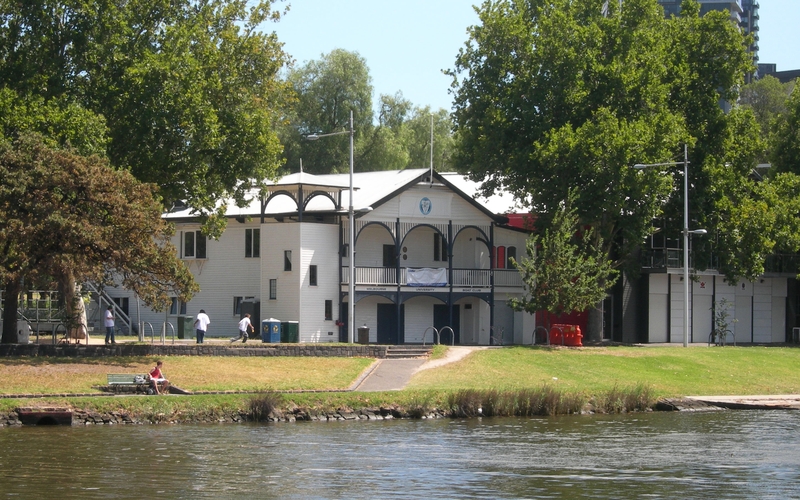 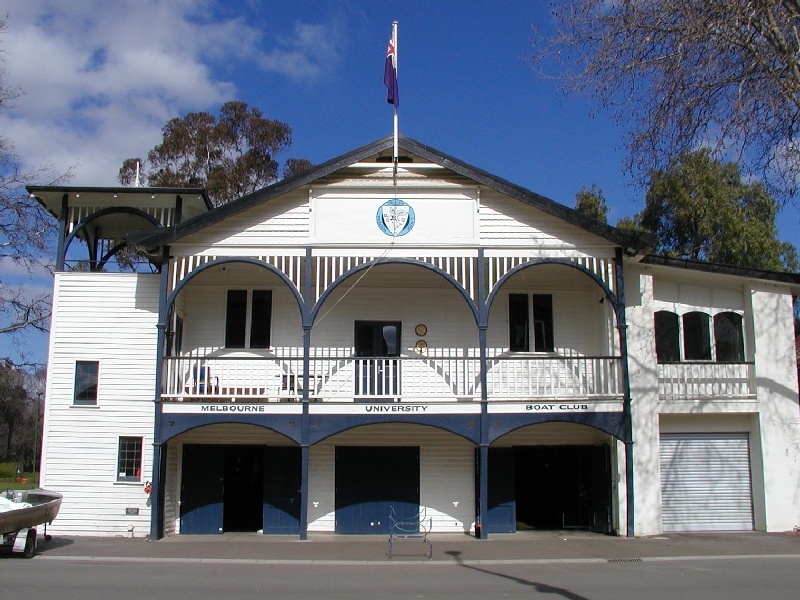 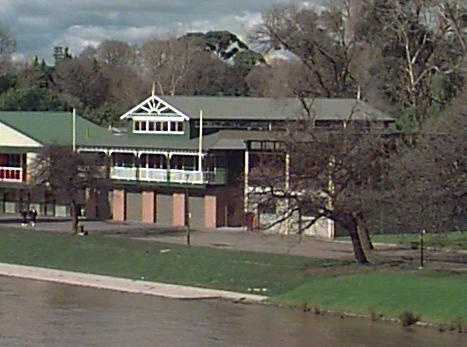 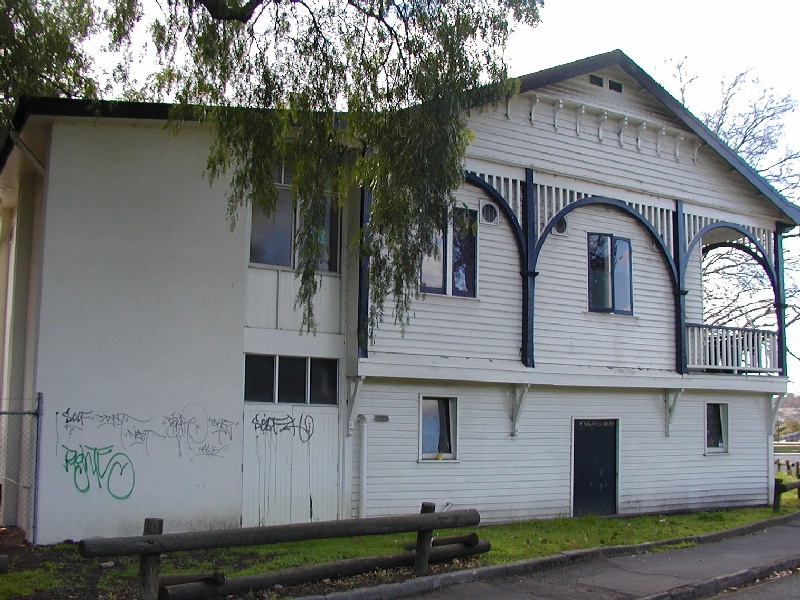 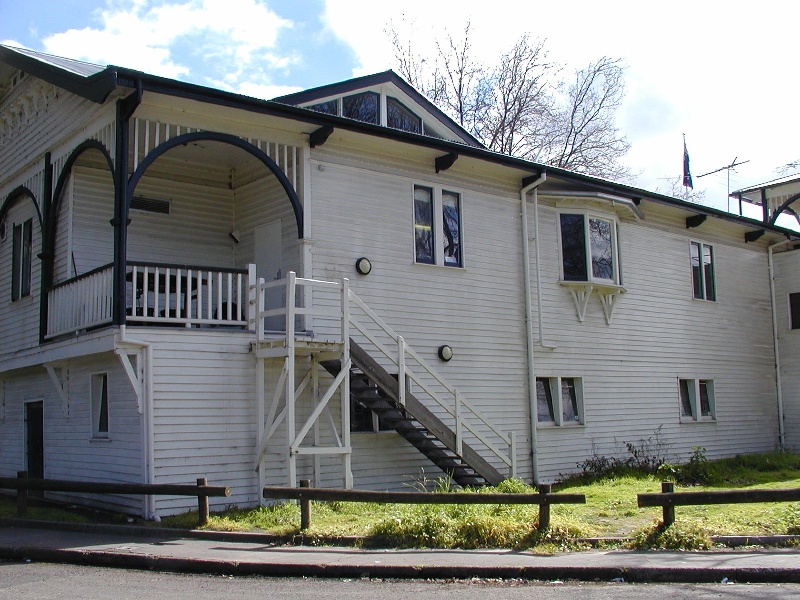 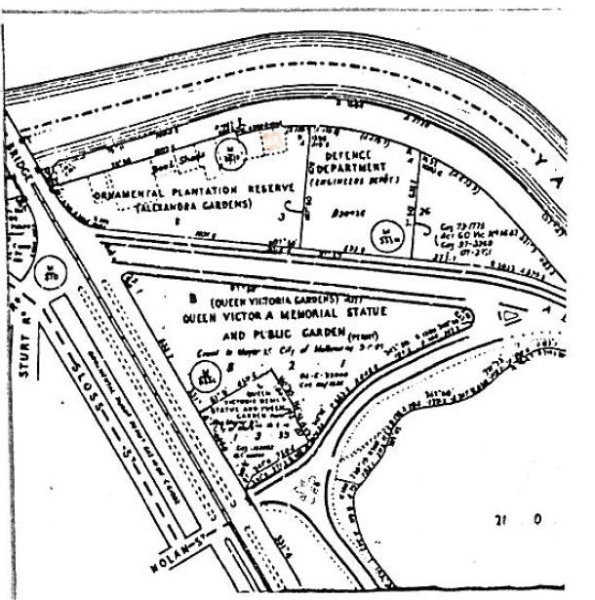 The Melbourne University Boat Club Shed is a two-storey weatherboard building designed by A S Eggleston and opened in 1908, coinciding with the 50th anniversary of the forming of the University Boat Club. Professor Martin Irving, the founder of the club, had rowed for Oxford University in England. The opening ceremony was performed by Professor William Kernot. The shed was built by R T James at a cost of 785 pounds. The club had previously been accommodated at Fuller and Jerram’s shed for the previous fifty years. The fleet of boats houses at the shed in 1909 composed 9 eights, 5 fours, 4 pairs and a sculling boat. The original building measured 20.7 metres by 10.7 metres and was constructed of oregon studs and jarrah weatherboards. A small hipped-roof belvedere stands on the north-east corner, overlooking the river. The ground floor is used for the storage of boats and equipment and the first floor as club rooms, showers and toilets. There are recessed verandahs at both ends. The verandahs are composed of three bays with a very simple triple arched valance with plain lattice pattern balusters on the first floor. The southern verandah has stilted segmental arches on the ground floor. The roof of the small lookout tower on the north east corner has similar detailing. The south verandah has been partially enclosed. A concrete block addition was built to the west facade in 1978.

The Melbourne University Boat Club Shed is of historical significance to the State of Victoria.

The Melbourne University Boat Club Shed is historically significant for its associations with the University Boat Club, the oldest rowing club in Australia. It is also associated with many of Victoria's and Australia's best rowers. The shed is a rare example of a substantial early twentieth century Rowing Club building, and is picturesquely designed to complement the river setting.