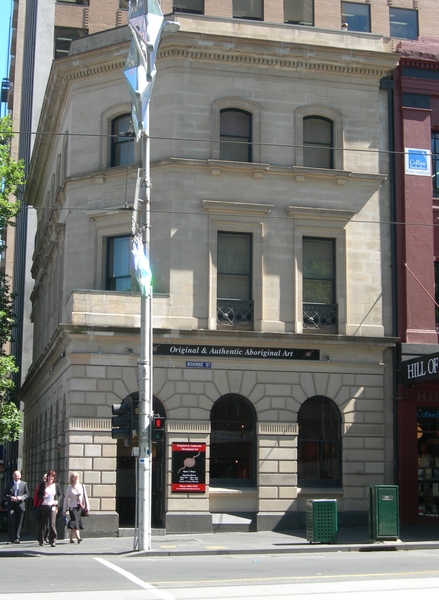 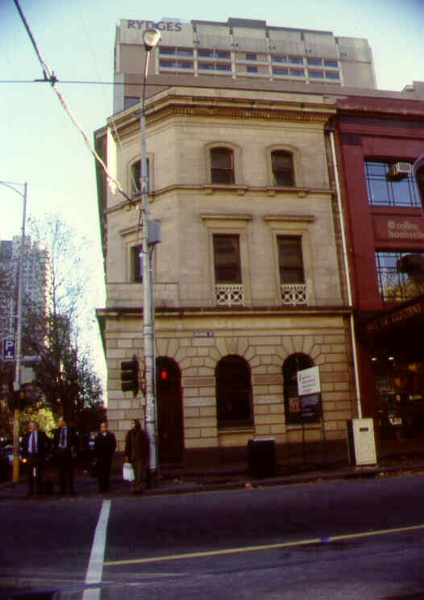 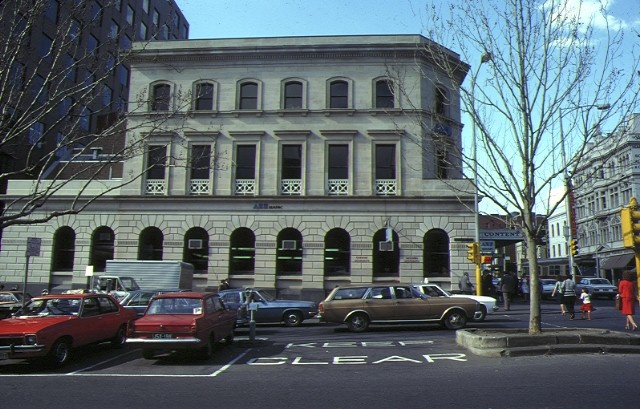 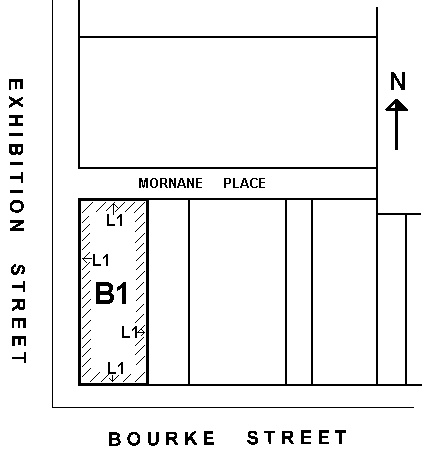 What is significant?
The London Chartered Bank of Australia was founded in 1852 by Duncan Dunbar and other leading English merchants and financiers. Its head office was in Cannon Street, London. In 1859 the London Chartered Bank’s main Australia branch was constructed in Collins Street, Melbourne. It had a branch in Sydney, another in Geelong and nine branches on the Victorian goldfields. The bank at 90 Bourke Street was erected for the London Chartered Bank of Australia in 1870-71. It was the second branch of the bank to be constructed in Melbourne. The architect was Leonard Terry. In 1893 the London Chartered Bank ran into difficulties and underwent financial reconstruction, becoming the London Bank of Australia Ltd, and in 1921 it was taken over by the English, Scottish and Australasian Bank Ltd. The ES&A Bank Ltd merged with ANZ Bank Ltd in 1970, forming Australia and New Zealand Banking Group Ltd. On 16 March 1990, ANZ Bank closed the 90 Bourke Street branch and a nearby branch at 239 Exhibition Street, merging both businesses into a new branch at 222 Exhibition Street. Drawings circa 1950 suggest that the upper floors of the 90 Bourke Street bank were residential, while the banking chamber and offices occupied the ground floor only. The former bank is a three storey stone-faced building occupying a corner site. The ground floor has rusticated stonework with semi circle arch openings, the first floor has rectangular windows and balconettes and the second floor has segmental arch windows. A parapet and cornice finish off the building. The ground floor originally had a splayed corner. This has remained on the first and second floors. In 1998 the building was converted into 11 apartments with a gallery on the ground floor.

How is it significant?
The Former London Chartered Bank is of historical and architectural significance to the State of Victoria.

Why is it significant?
The Former London Chartered Bank is of architectural importance as an unusual bank by architect Leonard Terry in that it is three storeys high. With its stone facade, it is a fine example of Terry’s delicate style and is indicative of the rigid dictums of conservative classicism in which he designed. It occupies a prominent corner position and terminates the long row of buildings leading to Parliament House.

The Former London Chartered Bank is of historical importance as the earliest intact example of a London Chartered Bank in Melbourne. It is important for its demonstration of the boom period in Melbourne, when there was a great deal of private investment and flow of capital due to the gold rush.
Show more
Show less
All information on this page is maintained by Heritage Victoria. Click below for their website and contact details.