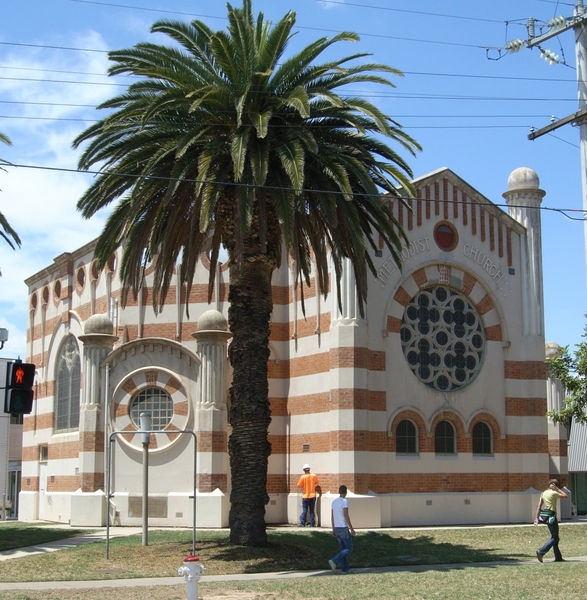 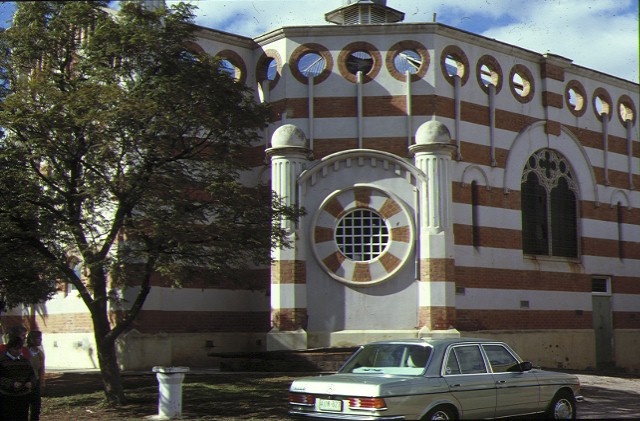 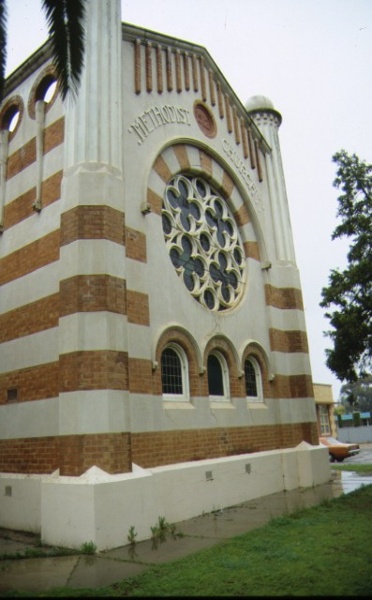 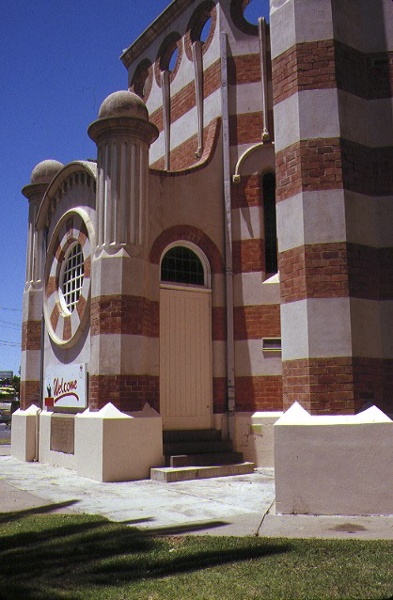 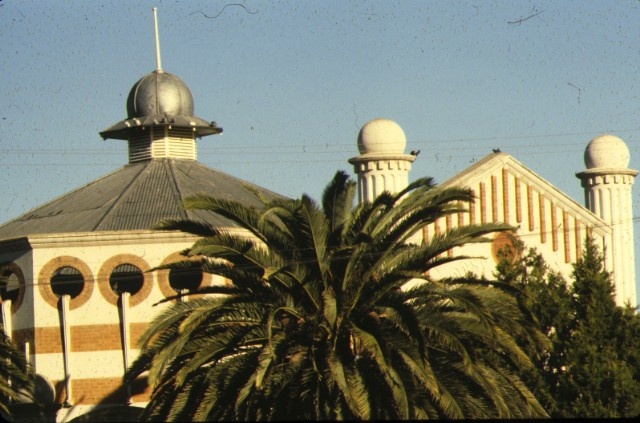 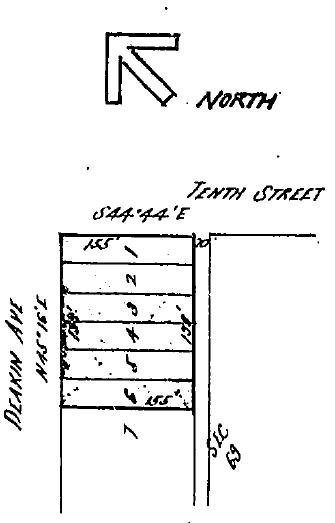 The land on which the current building stands was acquired by the Wesleyan Methodist Church on 7th December 1907. The building was subsequently constructed in 1912 to a design by Melbourne architect GB Leith (late of Leith & Bartlett Architects).

The building was the successor to a bark church and a later (1887) building which was constructed in 9th street. The building is certainly one of unusual architectural form seemingly following Middle Eastern influences, from both Islamic and Christian Byzantine architecture. The external parapet walls are on an octagonal plan, the dome over the roof and striped brickwork are all important pointers to this stylistic tradition. Other notable features of the building are the "minarets", the more traditional rose window with its simple coloured glazing. Internally the building is particularly plain, bearing closer resemblance to the austere classical revival. A note on the symbolism of the church (Hammerton) describes the holes in the parapet as representing King Hezekiah?s Siloam tunnel.

The importance of this building must lie in its unusual architectural form, a form which particularly suits the Mediterranean atmosphere surrounding Mildura. A more modern addition (1969) at the rear of the building is the only consequential alteration to its original form.