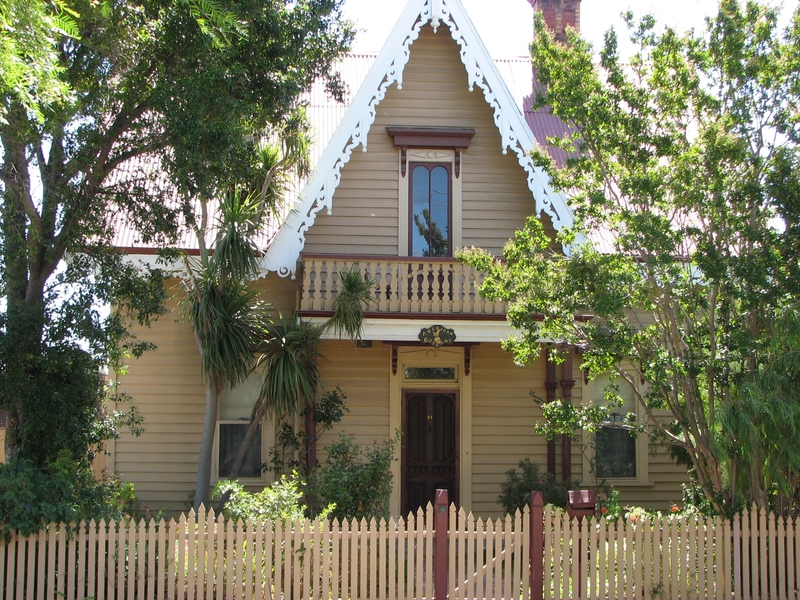 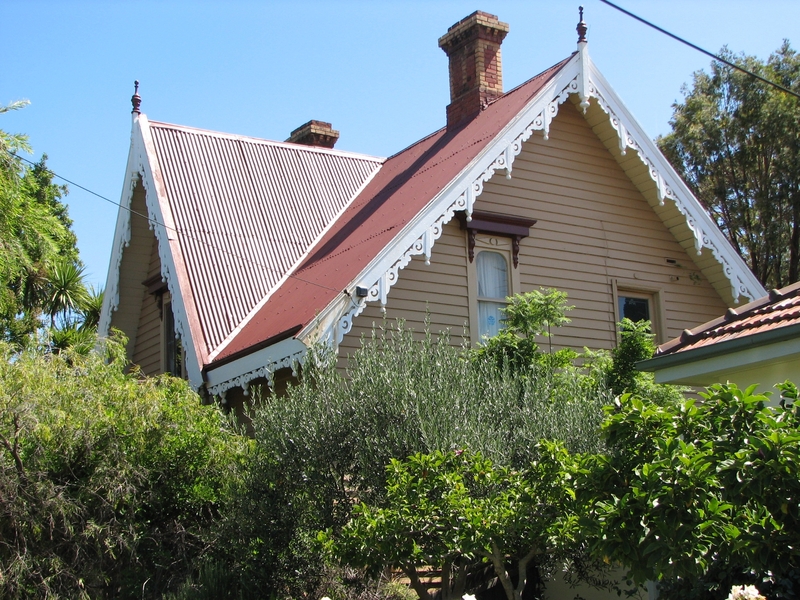 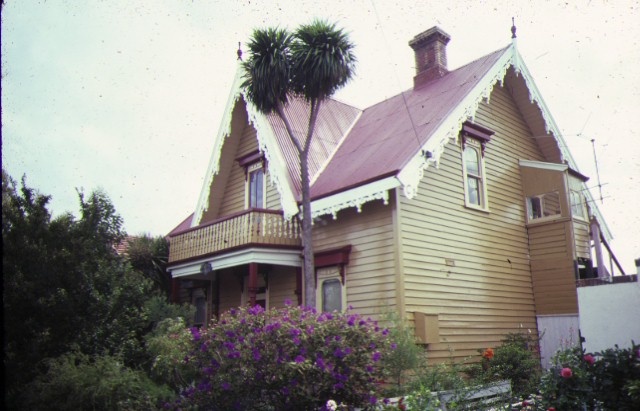 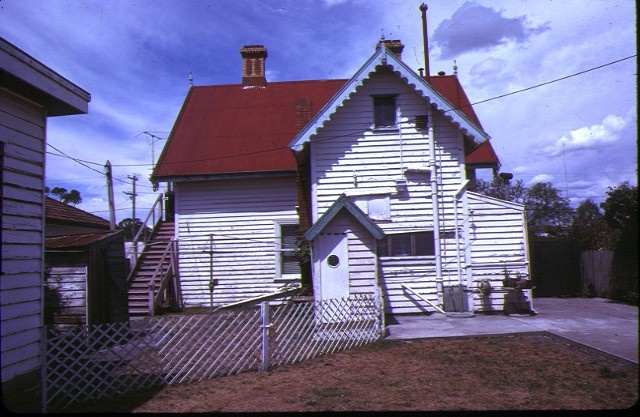 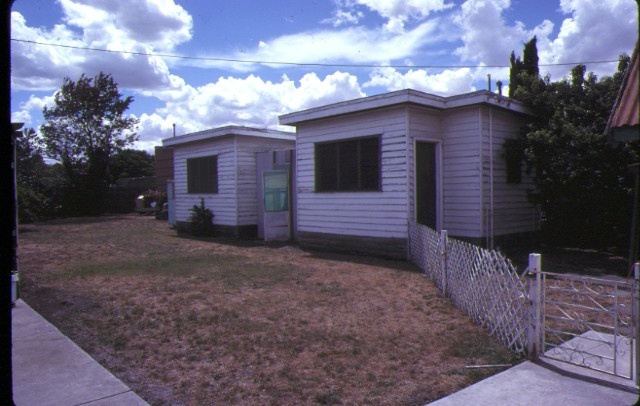 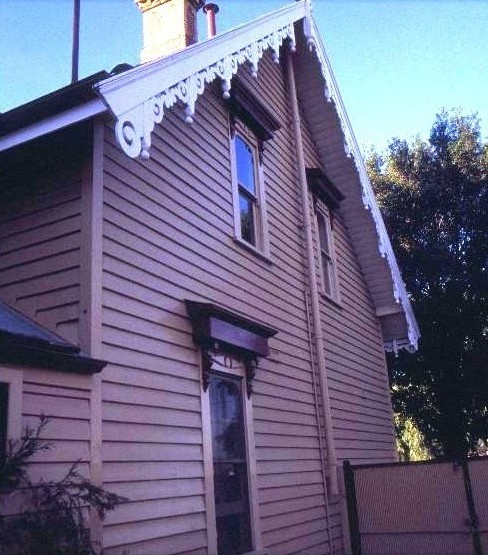 What is Significant?
The American Cottage was erected c.1885-86 by a local builder, Shargo for the owners Abraham Tyler Thomson, originally from the West Coast, America and his Canadian born wife. The house was owned by the Thomsons until 1920. It is believed to have been subdivided internally in the 1940s, a door on the upper level of the north facade is evidence of the separate entry to the upper accommodation. In overall form the cottage is closely related to early American examples of the Carpenter Gothic idiom of the late nineteenth century and it is derivative in expression of American weatherboard house traditions. Clad in weatherboard, the house is a one storey timber framed attic house. The main facade is symmetrical about the centre-front gable, the upper level of which opens onto a rectangular balcony which projects to form a porch over the front door directly below. The internal joinery detailing is generally well preserved. The general layout of the ground and first floor appear to be relatively original. Some alterations have occurred to the rear of the building where utilities and other rooms have been added. The lounge room has the most original finishes. How is it Significant?

How is it significant?
The American Cottage is of architectural significance to the State of Victoria.Why is it Significant?

Why is it significant?
The American Cottage is architecturally significant as an example of American influence in an Australian setting. It is a rare example in Victoria of the direct translation of the American timber house traditions to the Australian suburb context and it is notable for the finely executed barge boards and overall romantic picturesque qualities of the design.
[Online Data Upgrade Project 2001]