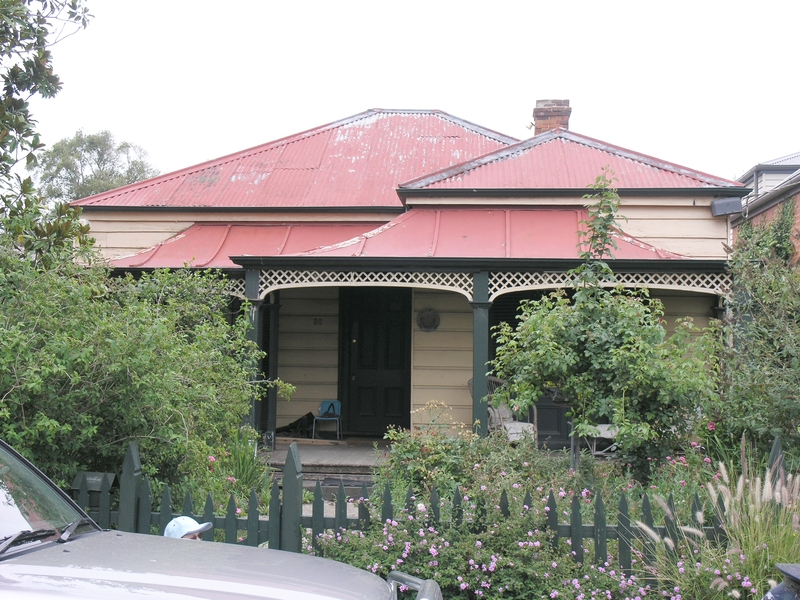 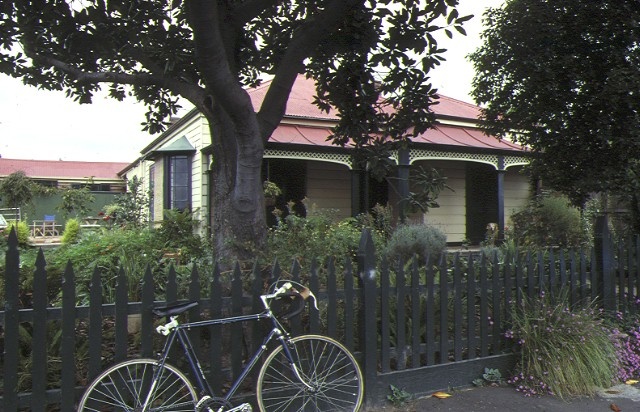 The Residence at 36 Lesney Street Richmond was constructed c.1853-54. It remains a relatively intact timber house on small timber stumps with a front verandah. An early plan of the block shows a building in two sections, the larger front section with verandah facing Lesney Street and a long stable building at the rear of the allotment. Alterations to the house include 1895 wooden additions to the rear, a brick rear portion which adjoins the long wooden stable building opening onto Little James Street and, by 1896, a formal garden and conservatory at the rear of a large verandah opening on to a side garden. From the 1850s until the 1880s the house was the home of Johann Grunberg, a cabinet maker, and his family.

From the 1880s until at least the 1960s it was owned by the Vanheems family, including the architect GW Vanheems.

The Residence at 36 Lesney Street Richmond is of historical and architectural significance to the State of Victoria.

The Residence at 36 Lesney Street Richmond is of historical significance as a relatively intact and rare representative of the gold rush-inspired boom in Melbourne’s inner suburbs. The use of shiplap boards and the building’s early date suggest pre-fabrication, although this cannot be confirmed. Nevertheless, the boards, spindly timber stumps and exclusive use of timber in the original construction are indicative of the rudimentary building techniques that accompanied rapid suburban expansion. The later, more substantial, extensions demonstrate the prosperity of individual households as well as the consolidation of the city in the latter years of the 19th century. The restored garden retains its 19th century layout and design, a further expression of increasing prosperity and an indication of the taste of the 19th century middle class.

The Residence at 36 Lesney Street Richmond is of architectural significance as a reminder of the nature of building design and construction during Melbourne’s first gold rush boom. The building contains features of architectural interest including the half-round spouting of the east window bay, early brass window furniture, and the shiplap board cladding which suggests that the original building was an imported, pre-fabricated one.

The Residence at 36 Lesney Street Richmond is of architectural significance for its association with the architect GW Vanheems, designer of the St Patrick's Cathedral tower and spires in the 1930s, during which time he owned the Lesney Street house.