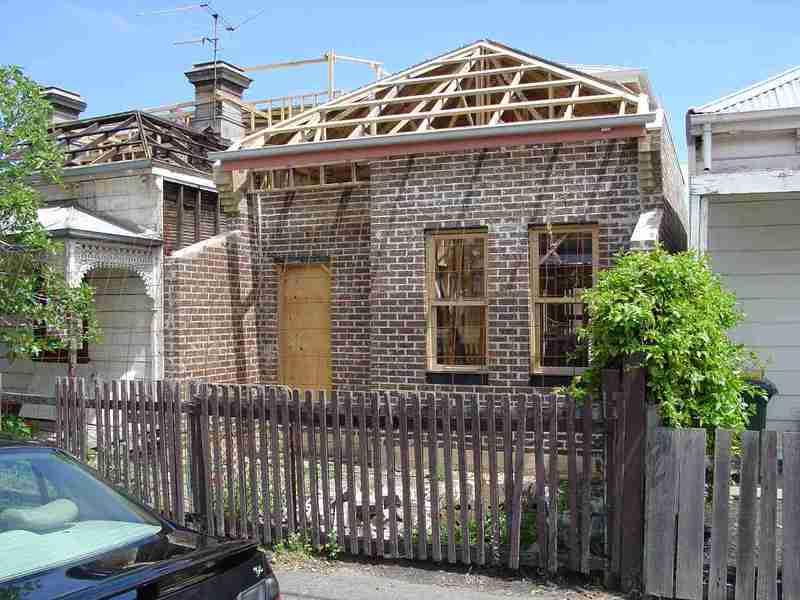 Providing the name for this general locality, the Cremorne Gardens operated from 1851 in an area south of Swan Street, between Cremorne Street, the railway line and the Yarra. It consisted of a privately run pleasure ground of ornamental planting, pavilions, grottoes and bridges (57).

Like the Cremorne Heritage Overlay Area, the Green Street area was developed for modest workers' housing in the late 19th century. MMBW plans from c1895 show that the area was almost fully developed by that time, with only about six house sites vacant in Green Street (58).

As the character of South Richmond changed from rural-residential to residential and industrial in the early 20th century, much of the land adjacent to the Heritage Overlay Area was redeveloped for factories. In the Edwardian-era, Richmond became synonymous with icons such as Pelaco, Rosella, Bryant and May, Peters Ice Cream, Australian Knitting Mills, Skipping Girl and many others. The industrial and business activity associated with these icons is firmly entrenched in the memories of long term residents, employees and visitors (59). Collectively these complexes establish the historic identity of Richmond and the Cremorne area in particular, as a nineteenth and early twentieth century industrial working class suburb.

The main development period evident in the heritage overlay is that of the Victorian era with a contribution from the Edwardian-period. There is also a contribution from some well preserved inter war buildings and individually significant places of all eras.

. Pitched gabled or hipped roofs, with only a few facade parapets;

. Corrugated iron roof cladding is typical, with some slate;

. As a relatively intact cluster of modest mainly late 19th century and some early 20th century housing that forms an island of residential buildings in an otherwise industrial area;

. For the early bluestone kerbs, channels, and laneways and the asphalt paved footpaths that, together, enhance the Victorian-era expression of the area;

. For the area's historical link with highly significant industrial complexes, such as Rosella and Bryant and May, adjacent to the area; and

. For the views from within the area to significant icons such as Dimmey's tower and the Bryant and May factory - key landmarks adjoining the precinct for many years and visual reminders of its island nature and historic context.