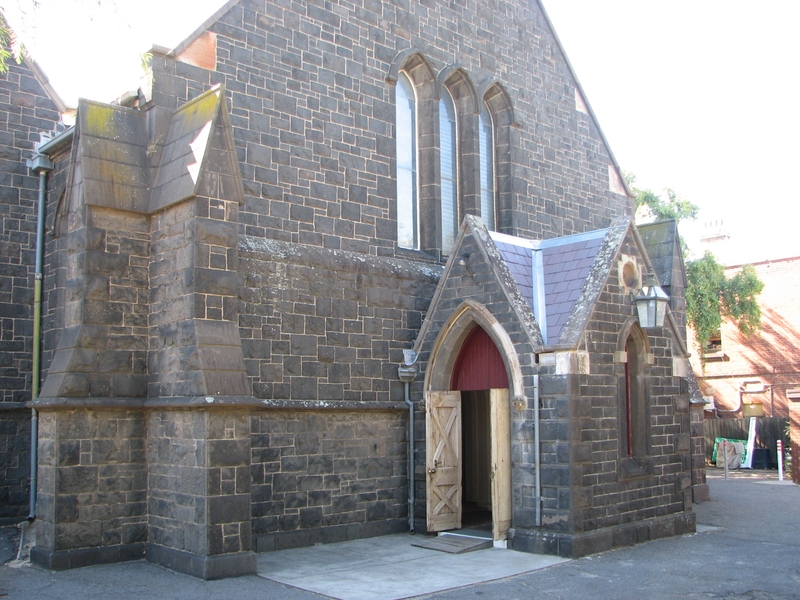 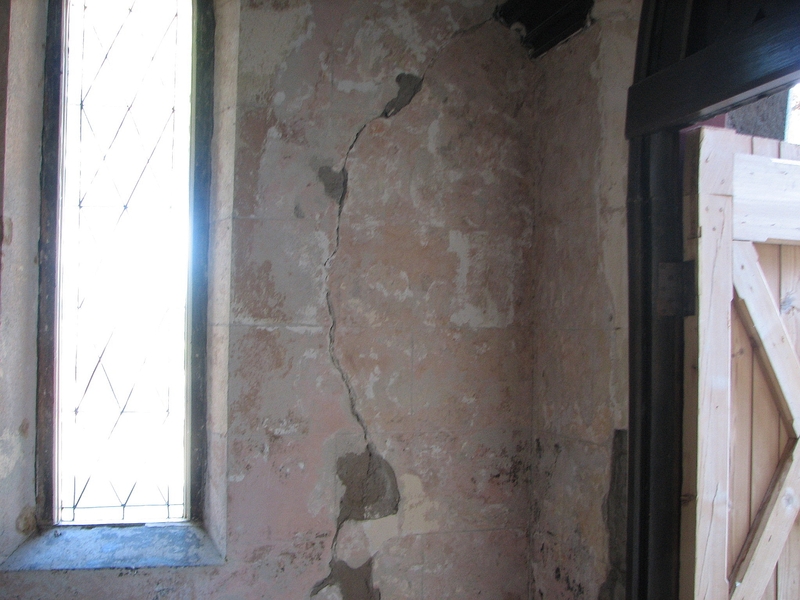 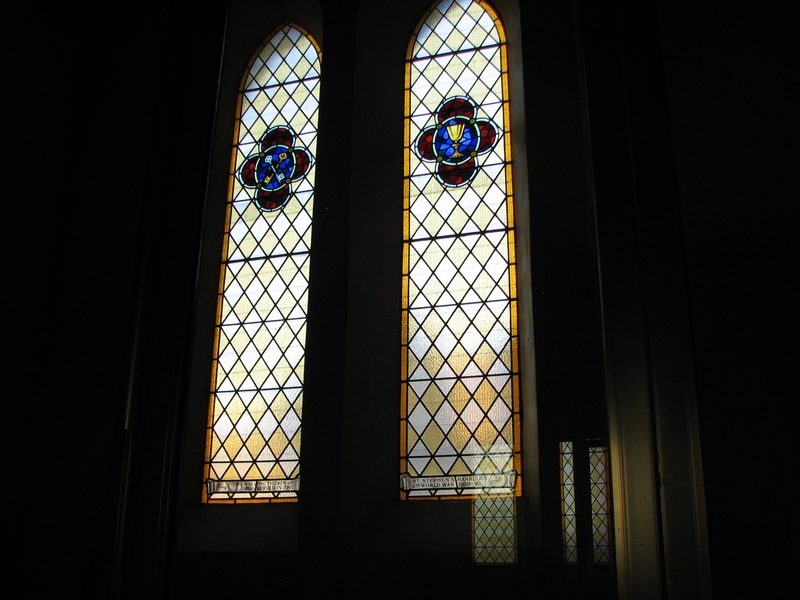 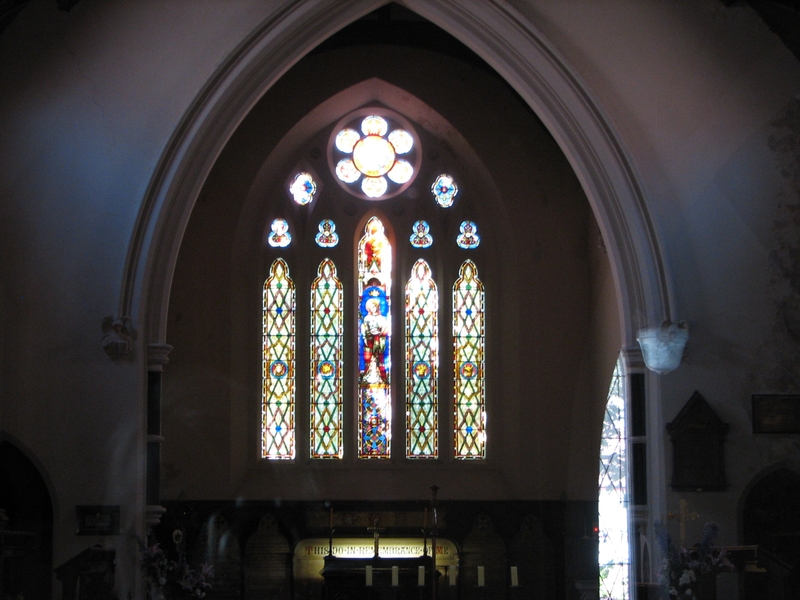 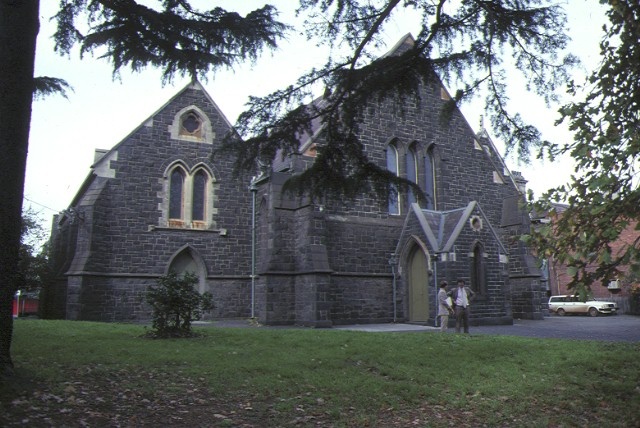 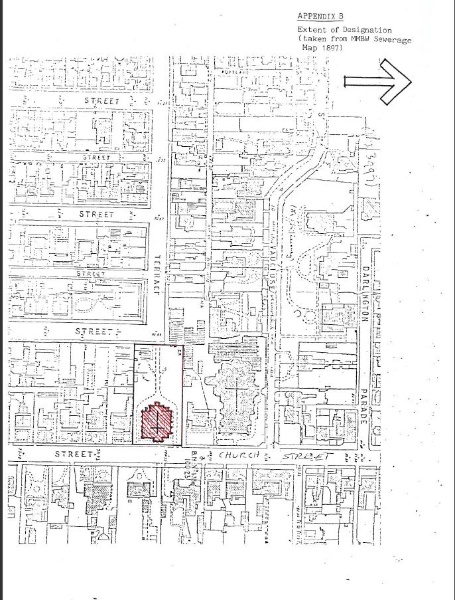 What is significant?
St Stephen's Anglican Church was commenced in 1850 on land donated to the church by the pioneer cleric, the Reverend Joseph Docker. It was designed by the architects Newson and Blackburn in the early English Gothic style. Between 1853 and 1856 the architects James and Charles Webb supervised the construction of galleries and wooden porches. In 1863-64 the north aisle was added by Nathaniel Billing. By 1876 the western gallery had been enlarged and the chancels, south aisle and choir added so that the church probably appeared externally much as it does today. The main twentieth century alteration was the addition of the war memorial chapel in 1926. The church has an organ built in London in 1865 by J. W. Walker and installed in 1869.

How is it significant?
St Stephen's Anglican Church is of architectural, scientific and historical significance to the State of Victoria.

Why is it significant?
St Stephen's Anglican Church is of architectural significance as one of Melbourne’s earliest bluestone churches. St Stephen’s is remarkable as a very early example of the use of bluestone, which was until this time not considered acceptable for face work – virtually at the same time as St Stephens was being built, the bluestone facade of St Enoch’s United Presbyterian Church in Collins Street Melbourne was being stuccoed to make it more acceptable to the parishioners. The colour of the stone was initially not favoured by local tastes, but with the disappointing weathering properties of local sandstone, bluestone was beginning to be used on important buildings from around 1850. The highly durable but comparatively cheap bluestone also began to win favour at the time of the gold rushes when building costs were escalating rapidly.

St Stephen’s Anglican Church is of architectural significance as the only remaining church designed by Newson and Blackburn and for its associations with the important Victorian architects, Charles Webb and Nathaniel Billing. Newson and Blackburn appear to have been pioneers in the use of bluestone as a facing material, having employed it for this church and for St Enoch’s, which is considered by some to be the first bluestone church in Melbourne. Charles Webb made many important contributions to Melbourne architecture, including the first St Paul’s church (1851-52), the earliest part of Wesley College (1858), the South Melbourne Town Hall (1878) and the Grand Hotel, now the Windsor (1883). Billing was one of the best exponents of Anglican Gothic in Victoria.

St Stephen’s Anglican Church is of architectural significance for several interesting features. Its fine stained glass includes some of the best work by Ferguson and Urie, prolific glass artists of Melbourne, and it is one of few church buildings in Melbourne with the ecclesiastical west door truly oriented.

St Stephen’s Anglican Church is of scientific or technical significance for its pipe organ, built by J. W. Walker, London, in 1865 and installed in the church in 1869. The organ is of importance both in an Australian and international context. Very few major instruments of this period by J. W. Walker remain in relatively unaltered condition in either the UK or Australia where it is probably the largest remaining example. Work has been undertaken on the instrument by the most important 19th century colonial organ-builder, George Fincham, who added two stops in 1890 and two more in 1908.

St Stephen’s Anglican Church is of historical significance as evidence of the rapid growth of Richmond and other inner suburbs as a result of the 1850s gold rushes, and as an indication of the importance of religious institutions to the burgeoning colonial society.