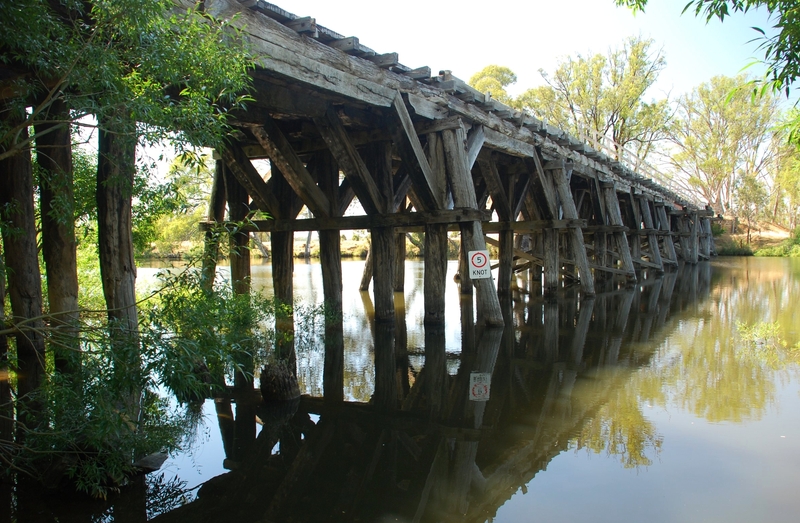 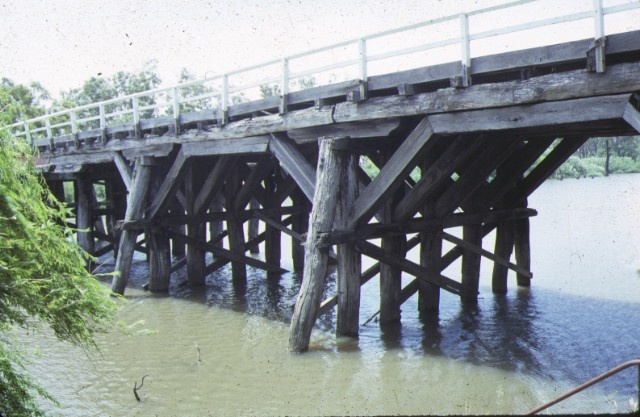 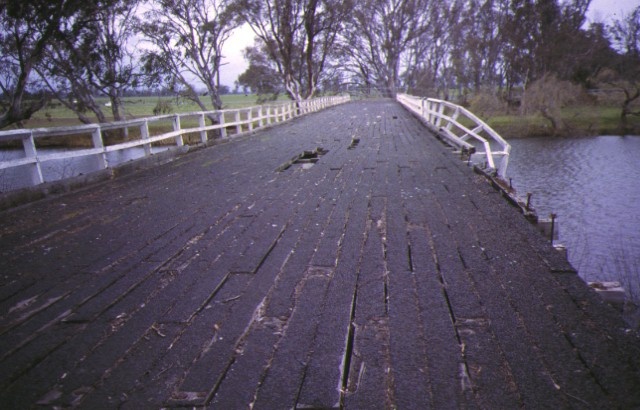 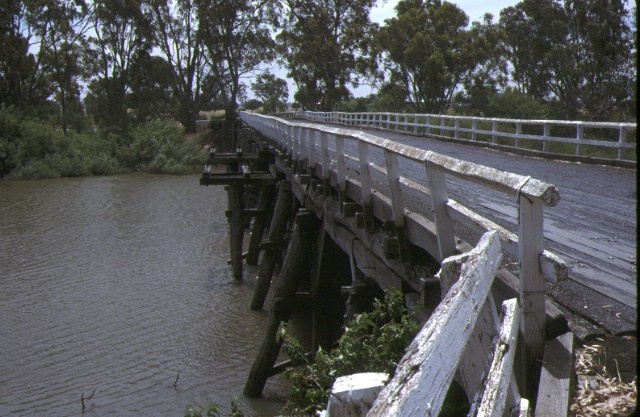 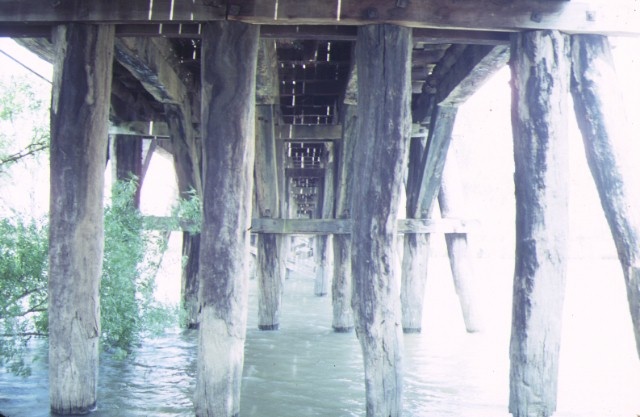 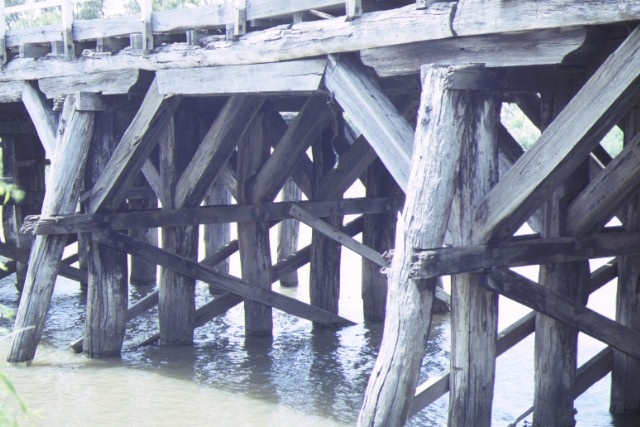 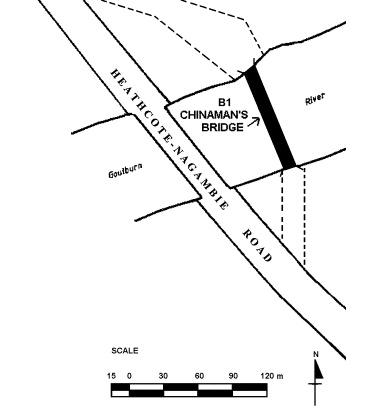 What is significant?
Chinamans Bridge is an extensive timber bridge which spans the Goulburn River 2.7 kilometres west of the Goulburn Valley Highway. It is believed to have been constructed in 1891 and at the time was known as Kerris Bridge. The bridge was funded with a joint grant from the Public Works Department and the Water Supply Department. It was designed by the Goulburn Shire Council Engineer and constructed by the contractor JB Parkinson at a cost of £4188 3s 6d. The bridge included a lift span to enable sawmill and recreation steamers to continue to utilise the Goulburn River. The Nagambie Sawmill steamer passed through the bridge six times a week during the 1890s. Chinamans bridge originally carried the Nagambie-Heathcote Road across the Goulburn River, however the road has now been re-aligned to be carried over the river by a new bridge nearby. Chinamans Bridge was given its name because the Nagambie-Heathcote Road, once known as Chinamans Road, was in an area populated by Chinese market gardeners up until 1916. Chinamans Bridge is a timber girder bridge with hand hewn squared timber stringers strutted to the piers and timber corbels and deck. The arrangement of spans supports the view that the bridge at one time incorporated a lift span to provide for the passage of river traffic, however only the timber fenders remain. The drawbridge span was replaced, around 1940, with a steel span.

How is it significant?
Chinamans Bridge, Nagambie is of architectural and historical importance to the State of Victoria.

Why is it significant?
Chinamans Bridge, Nagambie is of architectural importance as one of the earliest completely timber road bridges in Victoria. It is important for its use of hand hewn timber in its construction and details. Although it has lost much of its mechanism, the bridge is a rare surviving example of a bridge which included a vertical lift span.

Chinamans Bridge is of historical importance for its associations with the expansion of Victoria's infrastructure in the 1890s and for its role in the development of transport systems. It is especially associated with the growth of the township of Nagambie and is an indication of the district's prosperous sawmilling industry during the 1890s. Chinamans Bridge is of historical importance as a reminder of the steam boat era in Victoria during the 1890s, when rivers were still used in preference to roads for recreational and commercial purposes.