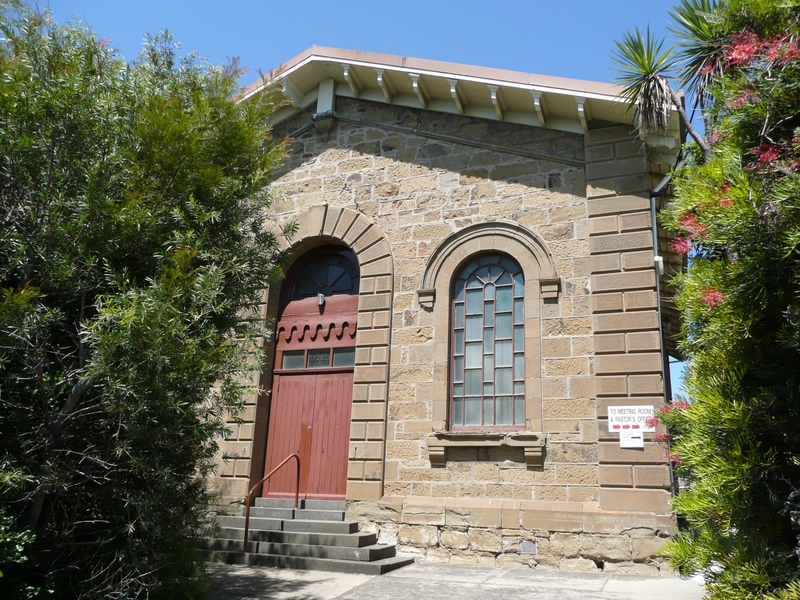 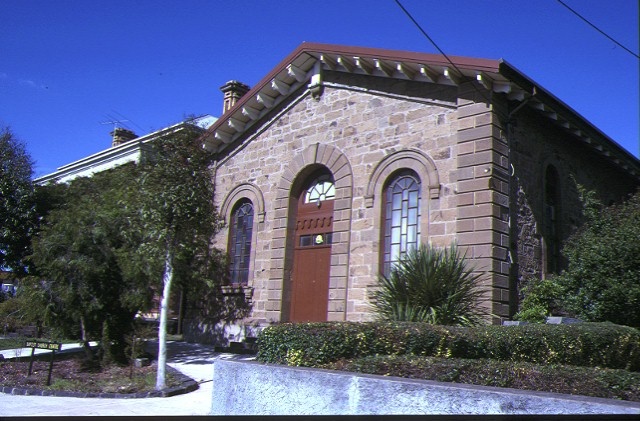 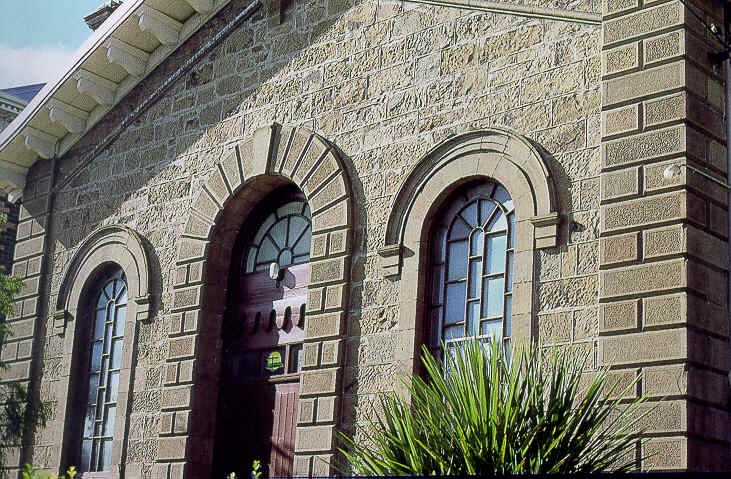 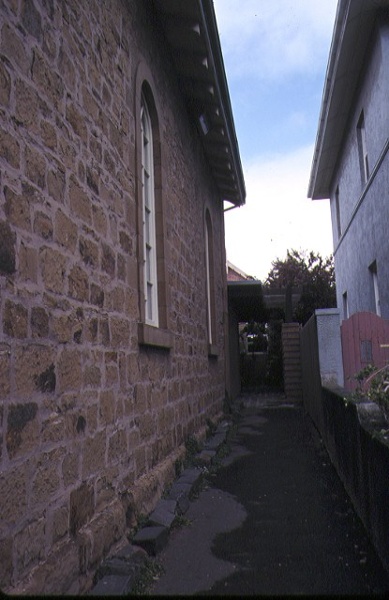 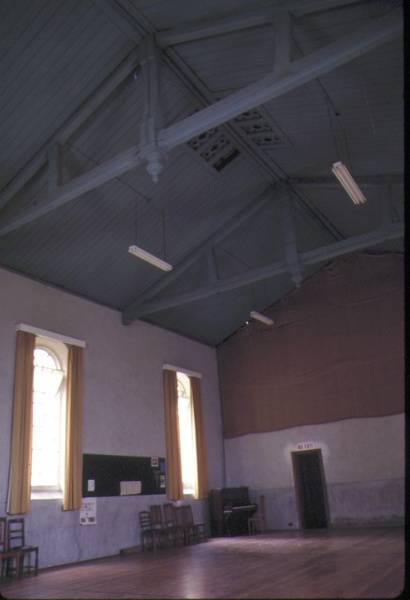 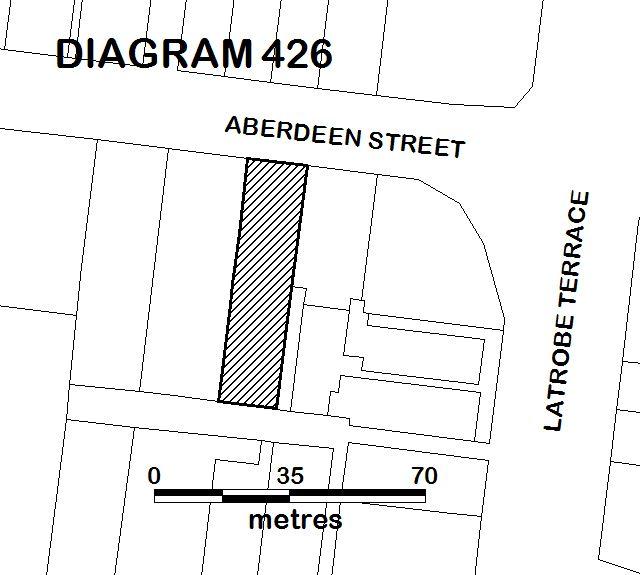 What is significant?
The former Baptist Church was erected in Aberdeen Street, Newtown in 1853-4, to designs by Geelong architect, John Young. It was built on donated land only sixteen years after the establishment of the Baptist Church in Victoria, and only eight years after the first Baptist church opened in Collins Street. It continued to be used as a church until 1876 when a larger church was constructed in Aberdeen Street, and the earlier building became the Sunday School.

The Italianate style church is built of random coursed Barrabool Hills sandstone, with fine axed mouldings, quoins and reveals. It is a simple rectangular gabled building with wide eaves supported on rows of consoles. Acroteria originally decorated the gable end of the front facade. A central, arch-headed entrance is flanked by arch-headed window openings, which also line the nave. Simple mouldings and quoining are employed to emphasise the openings and corners of the building.

An addition was made to the rear of the building in 1972, replacing an earlier addition containing a vestry and meeting room. Internally the roof truss structure and lined ceiling are largely intact, however the original gallery has been removed.

How is it significant?
The former Baptist Church, Newtown is of historical and architectural significance to the State of Victoria.

Why is it significant?
The former Baptist Church, Newtown is of historical significance due to its association with the earliest foundations of the Baptist Church in Victoria, as it was erected only sixteen years after the establishment of the church in Melbourne. It is one of the six earliest Baptist churches in the colony and would appear to be the oldest country Baptist church remaining in Victoria.

Its significance is enhanced by being part of a complex of buildings which have been in continual use by the Baptist church. These include this building, the adjacent manse (1891) and the present church (1876).

The former Baptist Church is of architectural significance as an important work of the Geelong architect, John Young, as derived from 1840s pattern books. He designed other churches in the region and the Jewish Synagogue in Geelong. It is notable for its simple architectural composition and the quality of masonry craftsmanship.
[Online Data Upgrade Project 2004]
Show more
Show less
All information on this page is maintained by Heritage Victoria. Click below for their website and contact details.