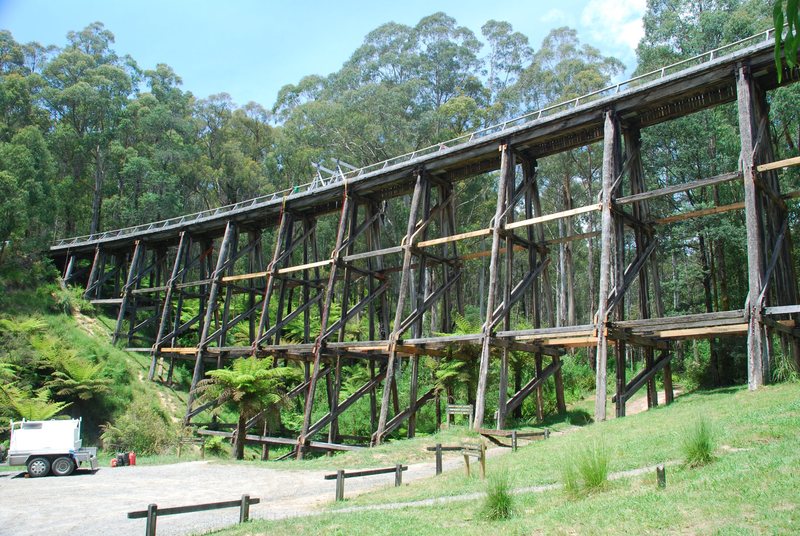 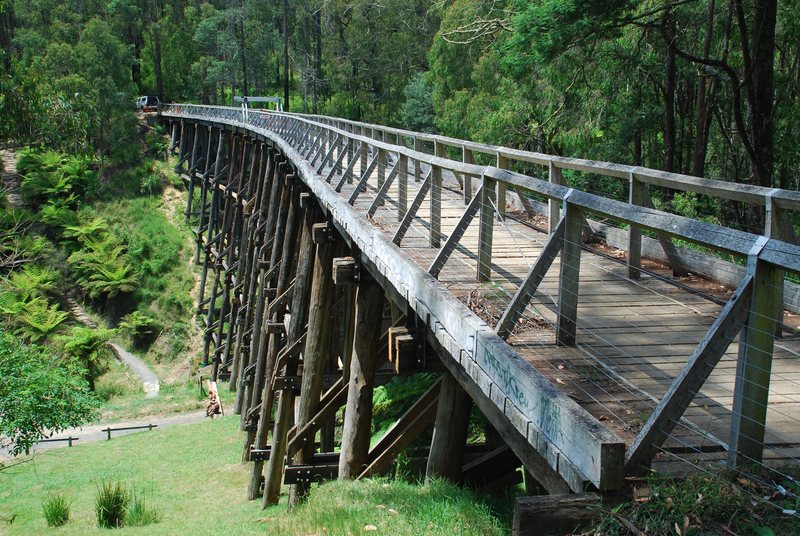 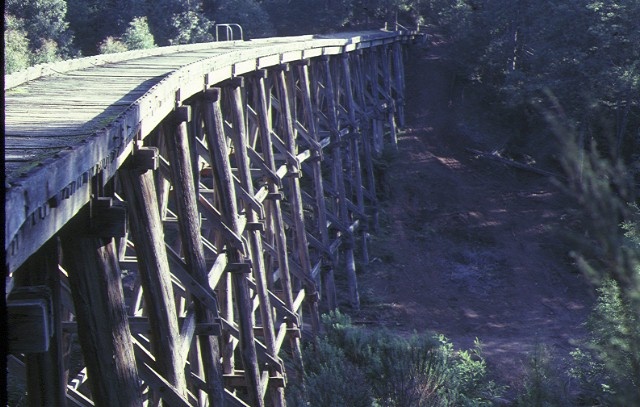 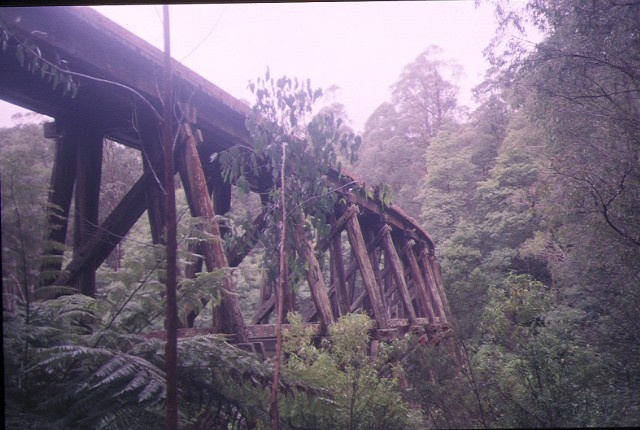 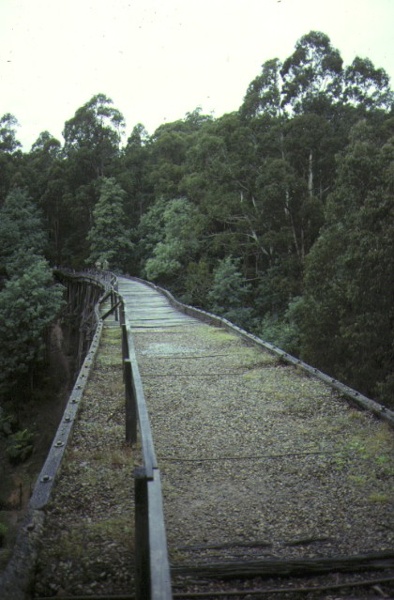 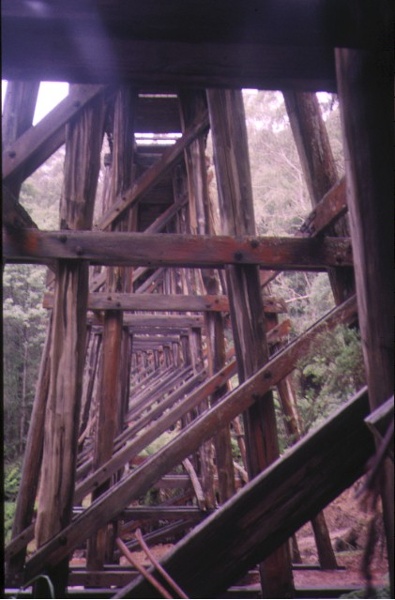 The Rail Bridge at Yarra Junction-Noojee Road, Noojee, was constructed in 1919 on the Noojee-Warragul line, to the design of the Chief Engineer of Works, Edward Ballard, for the Victorian Railways. It is an eighteen-span, curved timber trestle bridge. The line was closed in 1958 and the bridge was sold to the local shire. The single railway track has since been removed.

The Rail Bridge at Yarra Junction-Noojee Road, Noojee is historically and architecturally significant to the State of Victoria.

The Rail Bridge at Noojee is historically significant, recalling the former role of the Noojee railway in the district. The bridge opened in 1919, enabling the Noojee Railway (which had opened as far as Neerim South in 1890-2) to be used for the transportation of timber and local farm produce from Noojee district to the main towns.