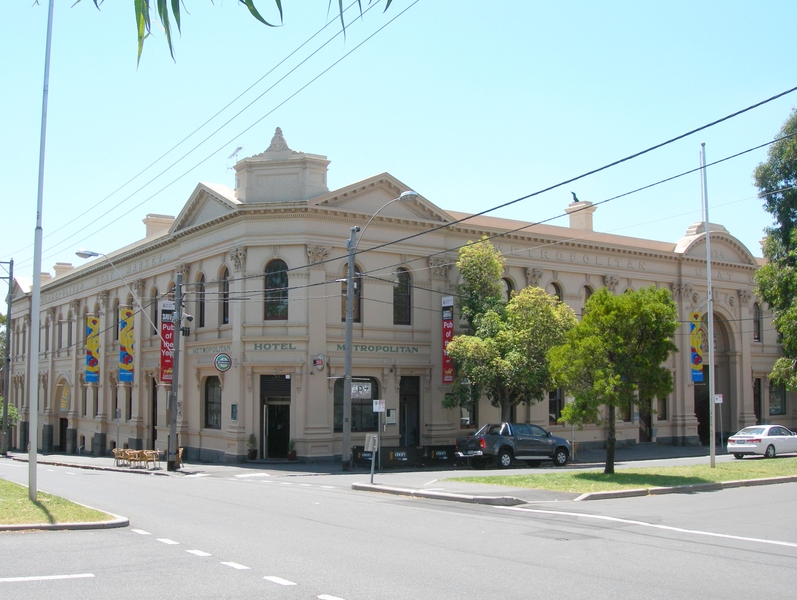 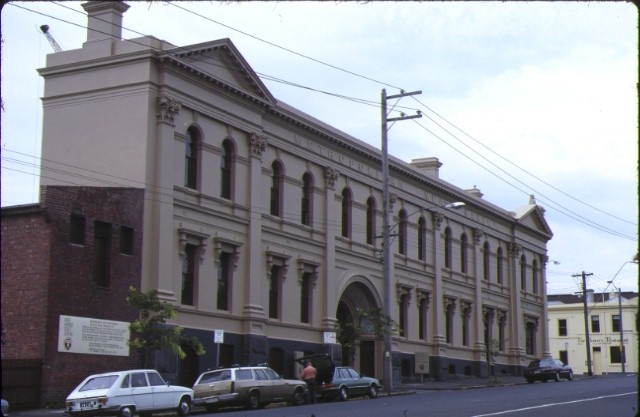 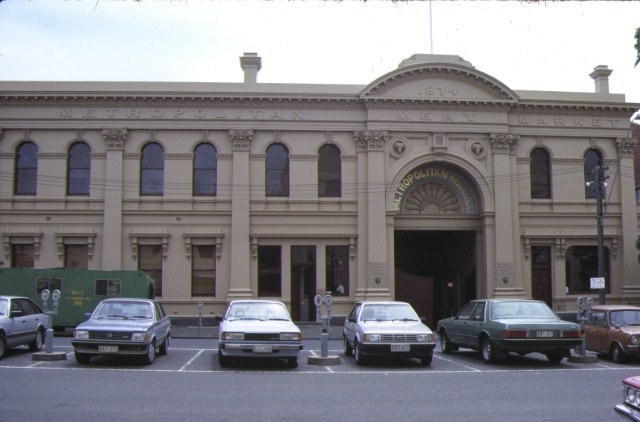 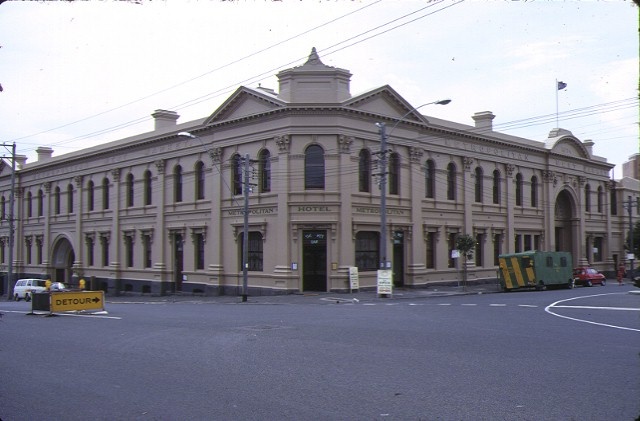 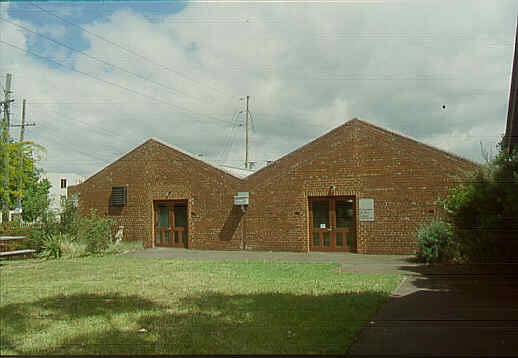 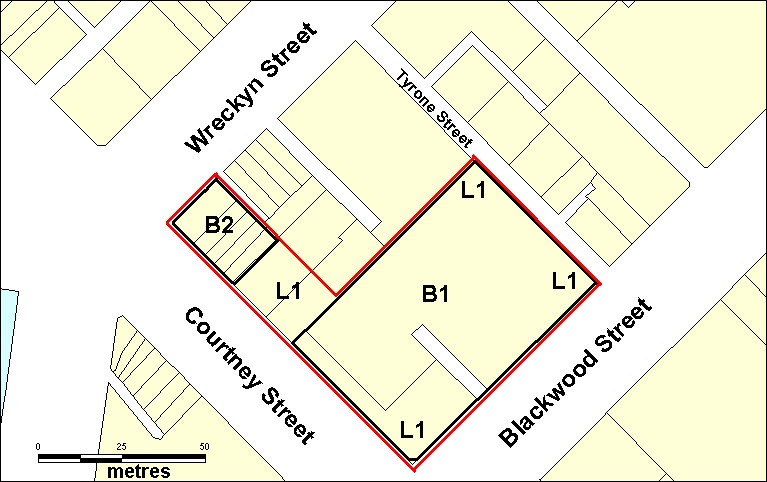 The former Metropolitan Meat Market was built in 1880 to the design of the architect George Johnson. Later additions extended the main hall in 1908. The exterior is a two storey stuccoed brick building with facades to both Blackwood Street and Courtney Street. It sits on a rusticated basalt base and the main decorative system is of giant order Corinthian trabeation. The ground floor windows are flat headed with bracketed hoods, and the upper storey windows are round arched with vermiculated keystone decoration. A continuous bracketed and dentillated cornice runs along both facades and over the pair of pediments flanking the splayed corner. This section of the building comprised the original Metropolitan Hotel, shop, hall entrances and bank premises. The market hall measures about 34 metres by 82 metres and has a shallow barrel vault timber roof with a 16m span. The arches are of built-up timber springing from timber posts which divide the roof into bays the width of each market stall. The floor is paved with basalt pitchers. The bressumer at the junction of the hall ceiling and the top of each stall has decorative cast iron brackets. Cast iron heads of animals decorate the stalls.

The basement cooling chambers were added in 1890 and 1908 to provide considerable cellarage space under the market hall. The 1908 cooling chambers and cellar space areas are constructed with load bearing brick walls, reinforced concrete columns and steel columns carrying a concrete slab ceiling, which forms the floor of the extended market hall above.

The former Metropolitan Meat Market is of architectural, historical and scientific significance to the State of Victoria.

The former Metropolitan Meat Market is architecturally significant as the most ostentatious and decorated market building in Victoria. At the date of construction in 1880 the 16 metre clear span of hall was one of the largest timber roof spans in Victoria. The reinforced concrete in the 1908 basement extension is an early Victorian example.

The former Metropolitan Meat Market is historically significant as an unusual example of a privately owned and operated market. The Victorian Meat Market Company had determined to separate themselves from council facilities and control and integrated other businesses into the complex including the Metropolitan Hotel , shops and a bank.

The former Metropolitan Meat Market is technologically significant for the use of cool room technology. The additions in 1890 and 1921 took advantage of evolving technology to provide for cool air for the overnight storage of meat.