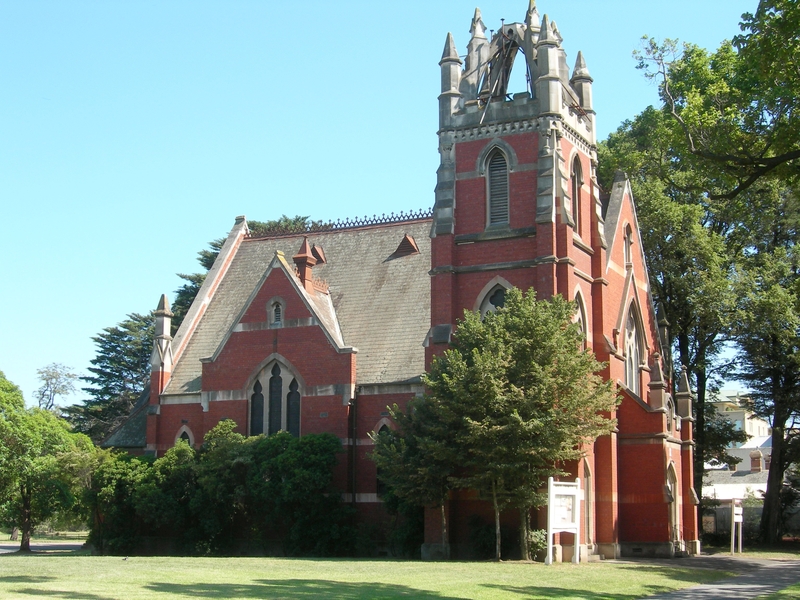 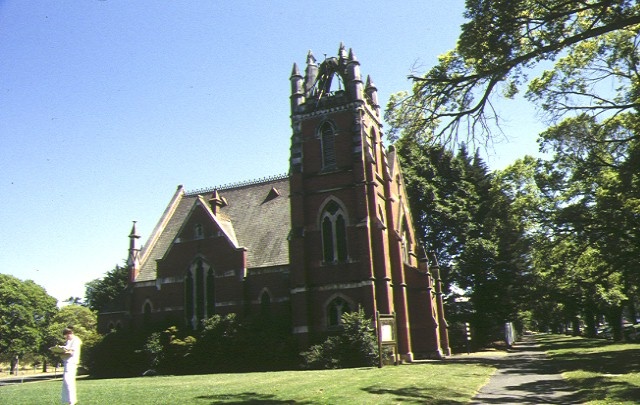 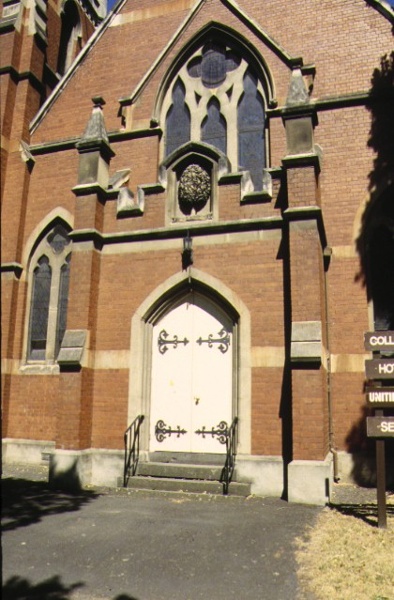 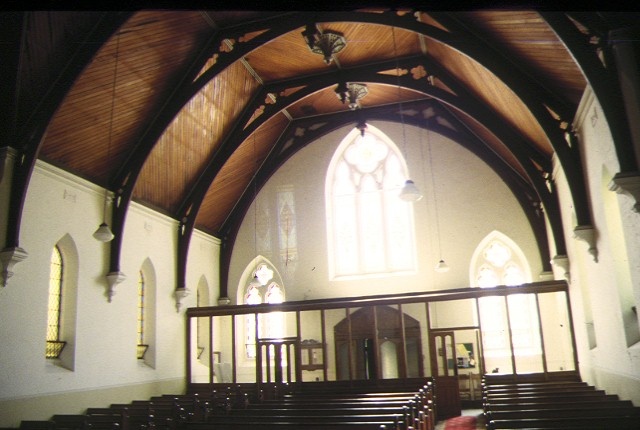 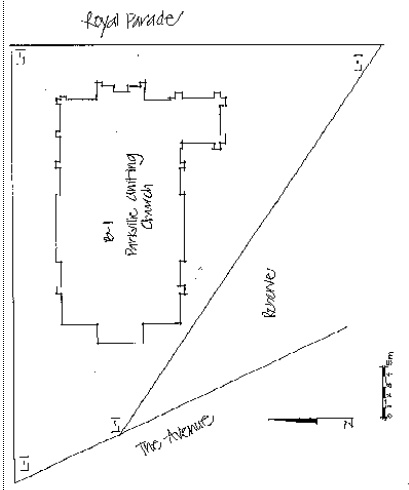 What is significant?
The College Church congregation initially worshipped in Ormond College in 1891. In 1895 they purchased the site of the present building. A committee set out certain specifications (including the crown tower), and a competition for the best design was won by architect RA Lawson. The building, constructed by Lang Brothers of Parkville at a cost of 2,170 pounds, was opened in 1898. College Church remained the only parish church in Parkville until 1934. The outstanding element is the crown tower, a choice of the first minister, the Reverend Alexander Yule. It is a copy, albeit on a reduced scale, of King's College Chapel, Aberdeen University, of which Reverend Yule was a former student. This crown tower is the only example in Victoria and is possibly unique in Australia.

The church is constructed of red brick and Oamaru sandstone with a steeply pitched slate roof and parapeted gables. Windows are in the Gothic pointed arch style. The interior of the Church has a fine timber ceiling with arch braces. There are a number of quality stained glass windows, the two largest being dedicated to Mungo Scott and his wife, Scott having been a benefactor of the Church. The late nineteenth century pipe organ was built by George Fincham and Son (Richmond), with Professor Franklin Peterson as consultant, and was completed in November 1903. In the 1940s College Church was internally re-ordered and this work was designed by prominent church architect, Louis Williams. The church became part of the Uniting Church in Australia in 1977, and ownership subsequently passed to Mar Thoma Syrian Church in 2008.

The former College Church is of architectural, social and historical significance to the State of Victoria.

The former College Church is architecturally significant as an unusual example of a late Victorian, Gothic revival church. The church is particularly significant for its rare crown steeple surmounting the tower, the only known example in Australia and a rare example internationally. The building is important as an example of the work of the architect Robert A Lawson who designed a number of buildings in Victoria for the Presbyterian Church. The church is of architectural significance for its particularly fine ecclesiastical furniture and fittings such as the pulpit, lectern, communion table and fixed seating and panelling in the apse designed by Louis Williams in the 1940s. Additionally, the stained glass windows and the stone carving of a Burning Bush in the parapet of the porch are significant architectural elements to the composition.

The former College Church is socially significant for the prominent part it continues to play in the life of the Parkville community and as a landmark building on one of Melbourne's premier boulevards, Royal Parade. The building, which maintains strong associations with the nearby Theological Hall of Ormond College, is historically and socially important as a manifestation of the development of the Presbyterian faith in Victoria in the twentieth century.

The former College Church is historically important as a rare example of a building constructed at the height of the 1890s depression when virtually all building operations ceased in Victoria.