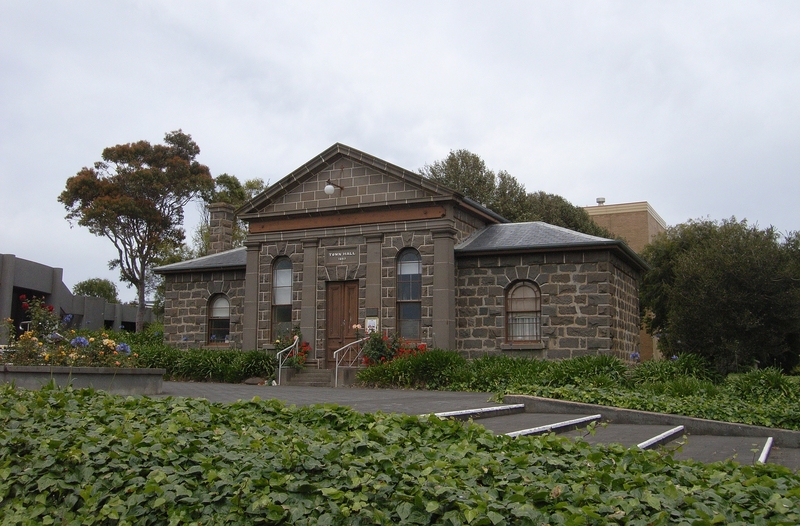 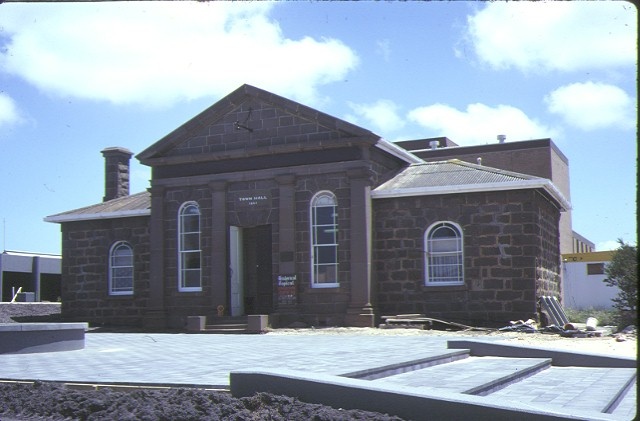 The foundation stone of the original Portland Town Hall was laid by William Learmonth on 21st September, 1863 following a competition and subsequent public controversy over the permitted entry of architect John Barrow. The conservative classical design of municipal surveyor Alexander Ross was preferred and this axially planned design with central council chamber and side offices fronted by a fine axed pedimented gable entablature of basalt and Tuscan Doric pilasters was completed by 24th may 1864.

The old Town Hall is one of a distinguished group of public buildings in Portland and an interesting example of conservative classical architecture of the first years of settlement in western Victoria. The basalt structure was partially erected of stone from the Portland stockade and has significant historical associations with local Government administration in the district. The Town Hall is the most impressive work of Alexander Ross, a surveyor
architect whose career remains largely undocumented.

The old Town Hall at Portland has been discreetly extended at the rear to provide additional meeting room accommodation. The premises are no longer used for local government administration.