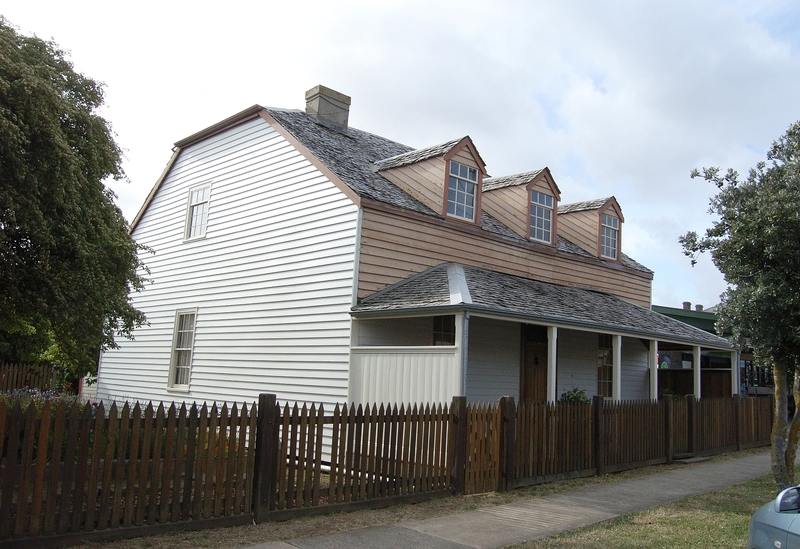 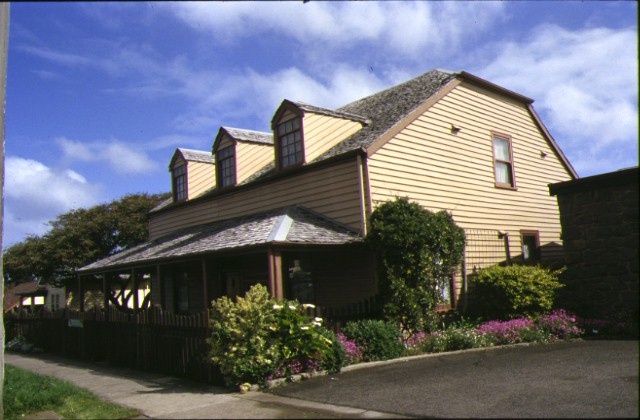 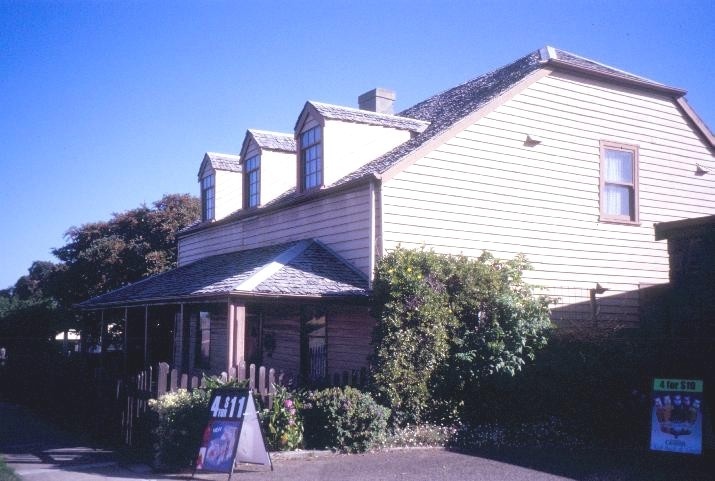 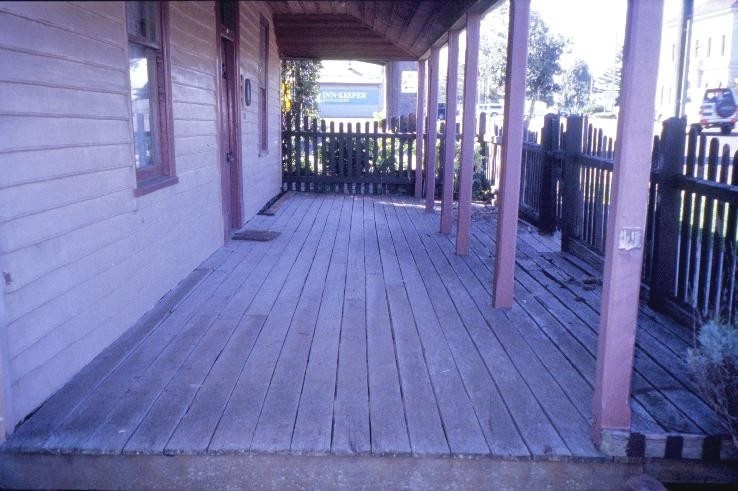 What is significant?
The Steam Packet Inn, Portland, is a double-storey timber building with a symmetrical facade. It was built in 1841-42 from timber that was most likely shipped to Portland from Van Diemens Land. It follows a colonial Georgian style, characteristic of other early buildings in Portland.

The building comprises a timber frame covered with hand-split, bead edge weatherboards. It is an example of balloon-frame construction, in which studs extend from the ground to the ceiling of the second storey. This method, first introduced in the United States in 1833, was so-named on account of the lightness of its frame, which made it a cheap and easy to construct. The Dutch gable or jerkin head gable roof was originally clad in hardwood timber shingles; these were later covered with iron, but the roof has since been re-clad in timber shingles. There are two chimneys: one serving double fireplaces on two floors (though one appears to have been closed off), and the other serving the rear kitchen and the corresponding room on the first floor. At the attic level there are three dormer windows on both the east and west slopes of the roof. The building comprises six main rooms on the ground floor, with a central passageway, and five main rooms on the first floor, which is accessed by a timber stairway. There were formerly two 2-bedroom cottages and a number of outbuildings on the site. In 1857, the hotel was described as offering '6 parlours and 11 bedrooms besides bar, bar parlour and bedroom. Large kitchen and servants rooms, wash house, outhouses, etc, stabling for 19 horses and 3 sheds for gigs'.

The interior of the building is lined with timber boards, and originally these were lined in wallpaper over hessian. Accumulations of wallpaper, dating from the 1850s, survive in the upstairs attic rooms. There are pressed-metal ceilings to the main ground floor rooms. Timber lining to some of the ceilings uses the British closed-board (or overlapping) method. In several rooms the floors are covered in linoleum laid during various different periods. The original front verandah has been replaced in the same style.

Samuel Hutchinson, a resident of Launceston, Van Diemens Land, purchased the site in Bentinck Street at Portland's first land sales in October 1840. Hutchison and his wife Catherine had been convicted of theft in England and transported to the colonies. They appear to have arrived in Portland from Van Diemens Land in December 1841, but it is unclear where in Portland they first resided. The Steam Packet Inn opened for business on 1 July 1842, after being granted a license on 19 April 1842. The date of construction is thought to be either 1841 or 1842, but an exact date has not been determined.

When Hutchison died at the Bentinck Street residence in 1874 his obituary described it as 'the house which Mr Hutchison had constructed in Tasmania'. Yet despite a strong local tradition that the building was pre-fabricated, there is no definitive evidence for this. Whilst Hutchison is known to have imported timber and other building materials from Van Diemens Land, it is unclear as to what use this material was put.

From 1848, the building operated as a Temperance Hotel under a Mrs Edkins; this use continued into the early 1850s. It was (briefly) licensed again as a hotel in the mid-1850s. From 1860 until around 1864-65, the building was used as a local police barracks. After leasing the building for several years - local rumours suggest that it was also used as a brothel - the Hutchinson family returned to live there in the late 1860s. After Hutchison's death in 1874, his family ran it as a guest house. It is likely that some renovations were carried out in the 1920s.

In 1938, the estate of Samuel's second wife, Charlotte Ellen Hutchison sold the site to the Roche family, who used it for many years as a boarding house and residence. Various alterations have been made to the building, including the addition of pressed metal ceilings and the addition of new windows. Some of the outbuildings have been removed.

The building was purchased by the Portland municipal council in 1974. Architects Phyllis and John Murphy carried out a major restoration project in 1983. The council leased the building to the National Trust the same year, who developed it as a house museum. The National Trust was preparing to sell the site in 2004.

How is it significant?
The Steam Packet Inn, Portland, is of historical, architectural and archaeological significance to the State of Victoria.

Why is it significant?
The Steam Packet Inn, Portland, is of historical and architectural significance as an early vernacular building in Portland, dating from c.1841-42, and one of the oldest surviving timber buildings in the State. It is of significance as a rare intact example of Colonial Georgian style architecture, which is characteristic of early buildings in Portland and in Tasmania. In particular, it is significant as a rare example of the American balloon-frame construction that was introduced to Victoria from Tasmania in the late 1830s and 1840s. The building is also of architectural significance for its surviving internal fabric, such as wall and floor treatments.

The Steam Packet Inn, Portland, is of historical significance as an example of an early hotel building in Portland and in Victoria. It is one of an important collection of early buildings in Portland, which relate to the town?s early period of development.