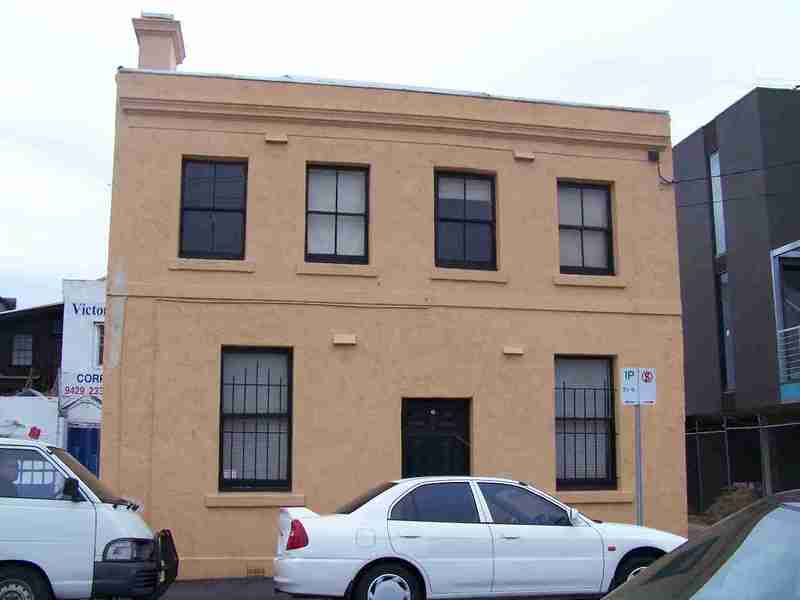 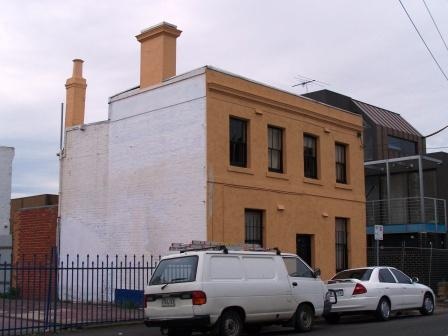 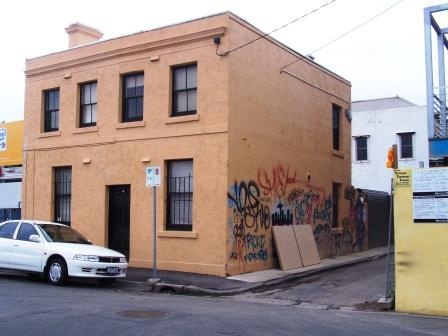 In 1858, a timber house and bakery occupied the site, followed in 1860 by a brick house of three rooms and bakery.

The present Freemason's Tavern was built in 1865. The first owner of the 8 room brick buildings was William Martin, a butcher. From 1867 to 1885, the building operated as the Freemason's Tavern; the first licensee was John Davies.

In 1886, the building reverted to use as a residence. It was advertised for sale for ₤550 in March 1885, described as a brick house of 8 rooms with outbuildings and side right of way, on land measuring 25 x 50'. In 1887, the owner of the building was Ann Fricker, and the occupier Elizabeth Martin, who used the building as a boarding house. Stables were built at the rear in 1887.

The roof is concealed behind a simple parapet with a moulded cornice, and is penetrated by a rendered chimney with a moulded cap. There is a simple moulded string course at first floor level. A second chimney to the rear of the building is of painted brick, and has a painted terracotta chimney pot.

The former Freemason's Tavern, 5 Wellington Street, Richmond, is of local architectural significance and local historical interest. Although its condition is presently poor, it remains a substantially intact and interesting example of a remarkably austere mid-Victorian building with little decoration. Its early change of use into a dwelling is also of interest.