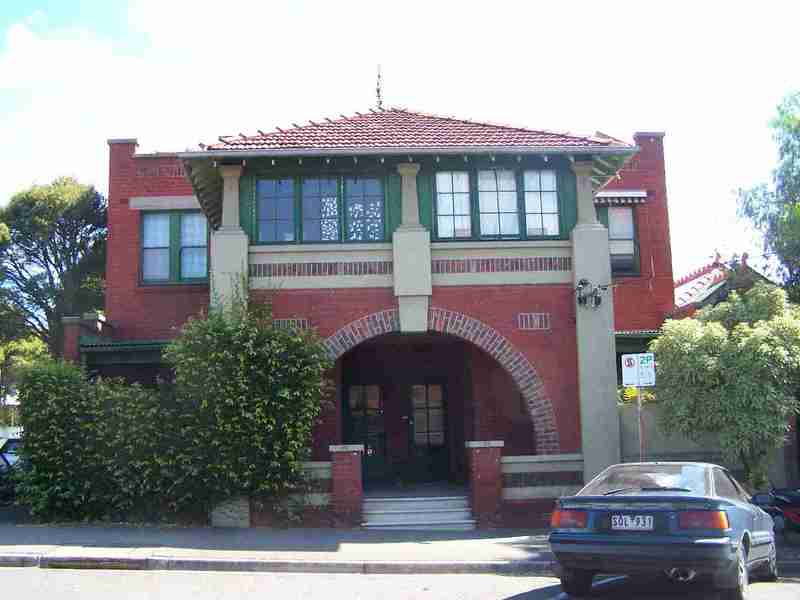 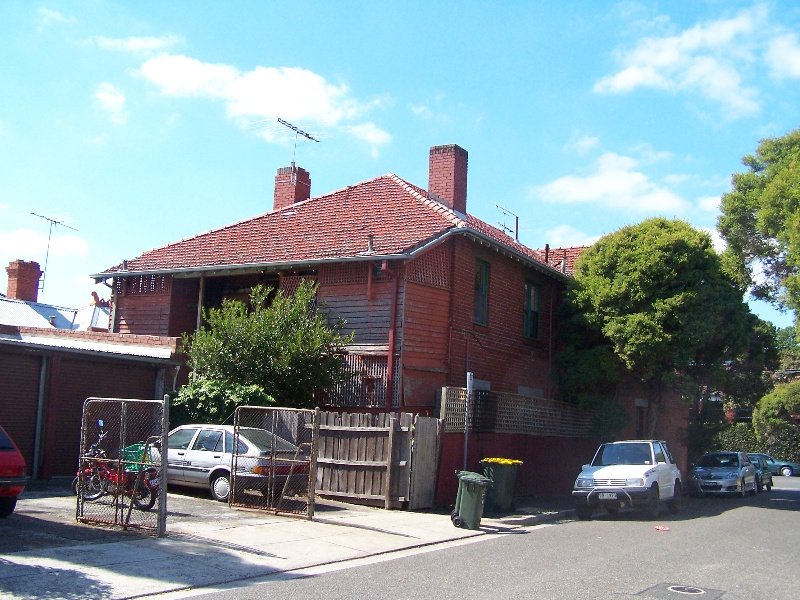 Yarradale was built for Daniel Keir in 1926. Keir had owned property in Clarke Street since at least 1905, when he was listed as the owner of a wooden house valued at ₤22 and vacant land valued at ₤10. By 1924-25, Keir was identified as the owner of a brick house, valued at ₤40, at No. 29. John Griffin, a driver, was the tenant. The entries in the rate book for 1925-26 are ambiguous. Keir is described as the owner of vacant land, but a correction indicates that four brick flats were under construction, valued at ₤40, ₤40, ₤34 and ₤42 respectively. It seems unlikely that Keir would demolish a two year old brick house to build four flats, and it may be that the existing house was simply incorporated into the design of the new flats In 1926-27, the four flats were valued at ₤84, ₤80, ₤60, and ₤84 respectively. The tenants were Leonard Hackett, a traveller, Wallace Keir, also a traveller and Frederick Earle, a navy employee. Flat No. 2 was vacant; it was occupied by Thomas Hunt the following year. At the time of construction of Yarradale, Keir was also the owner of the terrace at 31-37 Clarke Street (see separate data sheet).

Yarradale, at 29 Clarke Street, Abbotsford, is a double-storey brick block of flats with a projecting double-storey bay to the south which forms an entrance porch. The walls are of black tuck pointed red face brick, with some soldier courses of white tuck-pointed clinker brick introduced for decorative effect. The front porch has an arched entrance, with clinker brick voussoirs and a rendered keystone. The floor is paved with terrazzo, inset with the word YARRADALE. Engaged piers of rendered brick flank the arch, with a third pier extending above the keystone, which support three squat columns at the upper level. The space between the columns is infilled with six-paned casement windows. The remainder of the windows on the street facade of the building are double-hung sashes.

The roof is clad with Marseilles pattern terracotta tiles. The projecting bay has a hipped roof with eaves, while the roof of the wider section at the rear is pitched and concealed behind a parapet with end gables. The differences between the front and rear portions, particularly in terms of the window and roof treatment, may be further evidence that the flats were in fact a remodelling of an existing house.

The front fence is an integral part of the design, and it matches the flats with its use of red and clinker bricks with rendered banding.

Yarradale, at 29 Clarke Street, Abbotsford, is of local architectural significance. The building is one of only a few blocks of flats in the municipality dating from the inter-War period. Architecturally, the block is an interesting example of a building displaying Arts and Crafts influenced details, in particular the clinker brick arched entrance.