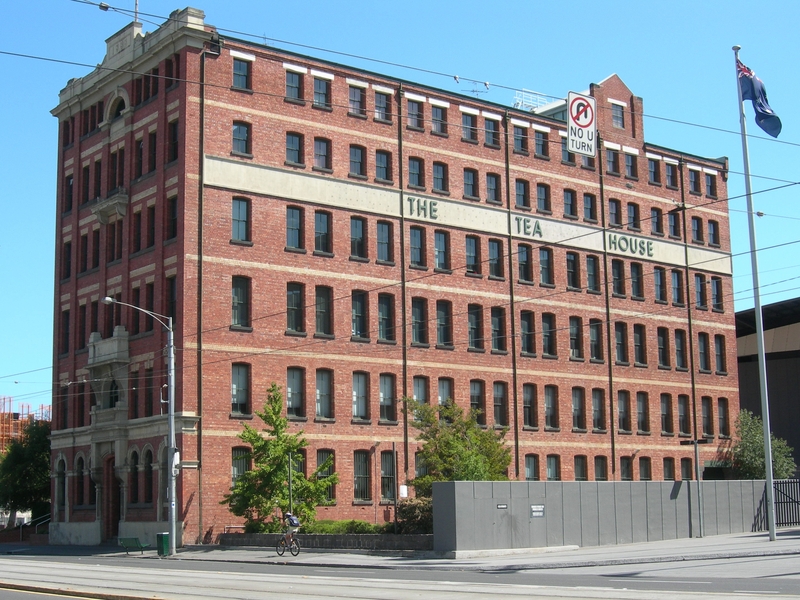 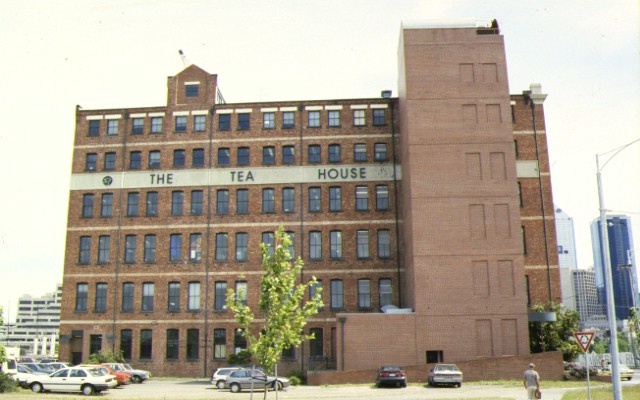 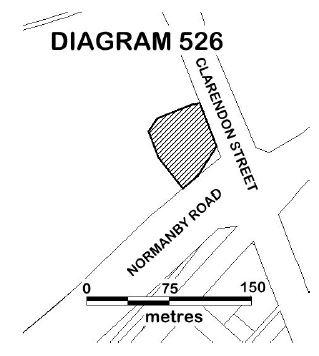 What is significant?
The Robur Tea Building is named after one of its better known occupants, but it was in fact built between 1887 and 1888 as a warehouse for Fergus and Mitchell, manufacturing stationers. The architect was Nahum Barnet, the engineer John Grainger and the builder James Moore. The building is constructed of load-bearing red brick and provides six above ground floors which are separated by cream brick courses. The largely unadorned walls are amply supplied with windows. The timber floors are supported by cast iron columns and steel beams. The building is a simple box shape with ornamentation confined to a rendered central entrance surround on the east facade which is reflected by an arched balcony the height of the top two floors.

How is it significant?
The Robur Tea Building is of scientific (technical), architectural and historical significance to the State of Victoria.

Why is it significant?
The Robur Tea Building is of scientific (technical) significance because of several innovative techniques employed in its construction. The most notable feature of the building is the solution to the problem of foundations. The building was erected on a swampy site and initial advice to the owners was that a building of the size proposed was not feasible. The engineer John Grainger was engaged and he devised a system of 450 ironbark piles and concrete rafts to support the six storey structure. It was a remarkable solution and no directly comparable buildings exist because such difficult foundations were not tackled again until after WWI. Another innovation was the use of steel beams supporting the floors, one of the earliest uses of such technology in Victoria. These innovations are a tribute to John Grainger, architect and engineer, who, in partnership with several reputed architects, contributed to such noted structures as Princes Bridge, the swing bridge over the La Trobe River at Sale, the administration block of the Melbourne Town Hall, Elizabeth House and Collins House and the conversion of Cliveden Mansions, East Melbourne.

The Robur Tea Building is of architectural significance as one of the finest and most prominent examples of a 19th century warehouse in Melbourne. It was for many years one of the tallest buildings outside the CBD, its height and freestanding character making it a South Melbourne landmark even today. The functional requirements of a warehouse are clearly evident in its simple box-like shape, but a certain amount of pride is expressed in the restrained decoration of the eastern facade.

The Robur Tea Building is of architectural significance as a noted work of Nahum Barnet. Barnet was a most prominent architect in the four decades that saw Melbourne emerge from the 1890s depression and flourish during the Edwardian period. Certain architectural details indicate that this building was seminal in Barnet's development as an architect. In particular the central arched motif links the six storeys of the facade, a detail that became a major element in his central city buildings. Buildings such as the Auditorium Building, Paton Building and the Davison Building at the corner of Collins Street and Elizabeth Street are typical of his city buildings. Barnet's practice was extensive, however, and included such buildings as the Villa Chandos in East Melbourne, the Florida Mansions in St Kilda and the Toorak Road Synagogue.

The Robur Tea Building is of historical significance as a reminder of the character and location of 19th century commerce in Melbourne. The Tea building is one of the few remaining traces of the industrial and warehousing establishments that until the 1970s and 1980s dominated the south bank of the Yarra, in an area where swampy land made substantial building difficult and residential development unattractive. These older uses have now been 'swamped' in their turn by leisure and luxury apartment developments. While the building has been known for some time as the Tea House, it is worth remembering that it was originally constructed as a stationer's warehouse and factory, and is now one of the few remaining factory buildings in the centre of the city. Its later use as a tea warehouse also serves as a reminder that this part of the river bank was once a thriving wharf area, before bigger ships and changed cargo handling methods led to the construction of larger capacity port facilities further towards the mouth of the Yarra.