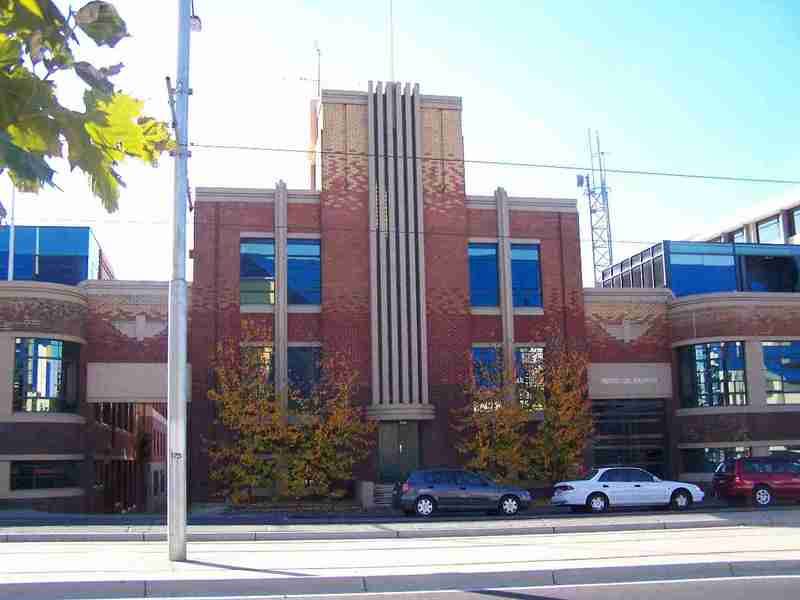 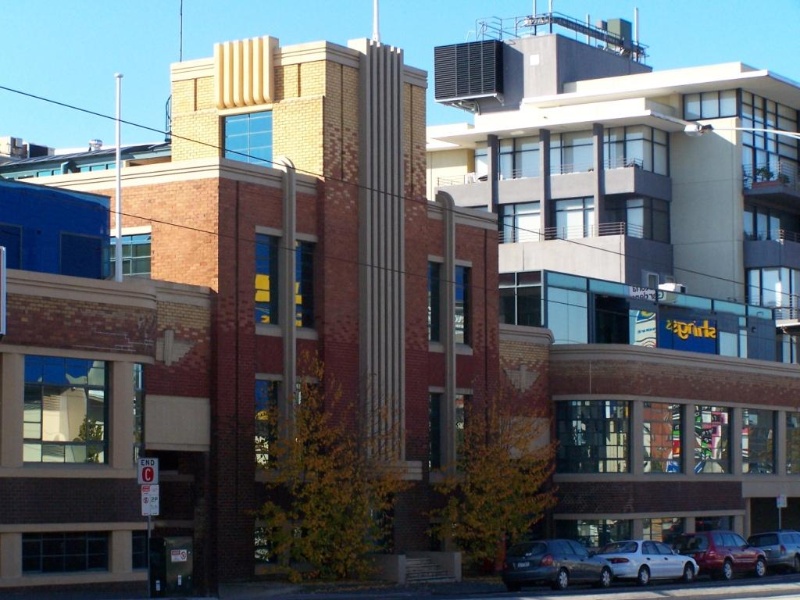 In 1924, George Lynch owned land measuring 66' on the north side of Victoria Street. In 1928, it was sold to Handley & Tilley, who operated a factory on the corner of Victoria and Church Streets. The same year, Handley & Tilley also purchased an adjacent brick house from H Lynch. The Handley & Tilley factory was built on the site in 1929; the house was divided into two flats and the basement used for storage and conveniences. In 1930, the top floor of the factory was used by a branch of Handley & Tilley, known as Aluminium & Plate Ltd. The basement of the house also became occupied by the Pyramid Plate & Aluminium Co., another of Handley & Tilley's operations. The building was extended to the west when the Crusader Plate Building (651-653 Victoria Street; see separate datasheet) was constructed in 1937.

The former Handley & Tilley factory, 655 Victoria Street, is a two and three storey symmetrical brick building, boldly Moderne in style. The walls are of face brick: dark brown at the base, rising through red and warm cream to light cream at parapet level. The central element in the composition is a squat, four-storey tower with rendered, streamlined fins rising from a semicircular cantilevered canopy over the central front door. The fin motif also appears at parapet level of the west and east elevations of the tower. The tower rises through the central three-storey section which has large window openings divided vertically by further fins. Winged emblems on rendered panels decorate the walls flanking the tower. This section is flanked by lower, two storey wings on either side, which are set further forward and are curved in plan where they meet the central section. At first floor level, these wings each have four large banks of steel-framed windows (reconstructed?), defined by rendered vertical spandrels.

The former Handley & Tilley Building, 655 Victoria Street, is of local architectural significance. The building is an extraordinarily confident expression of the Moderne idiom and an important example of the style applied to a large industrial building. The distinctive polychromatic brickwork is of note. With the adjoining former Crusader Plate building at No. 651-653, the building is an striking landmark in the Victoria Street streetscape. The appearance of the building has been marred by the 1990s alterations.