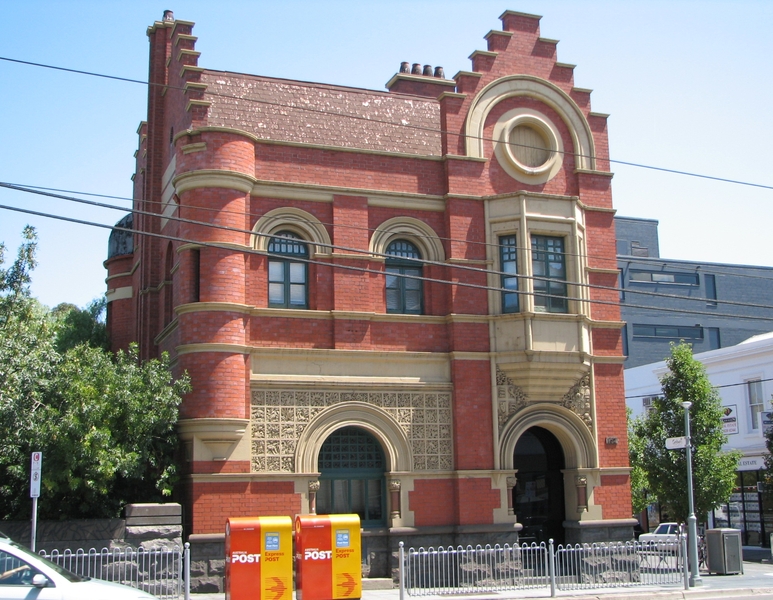 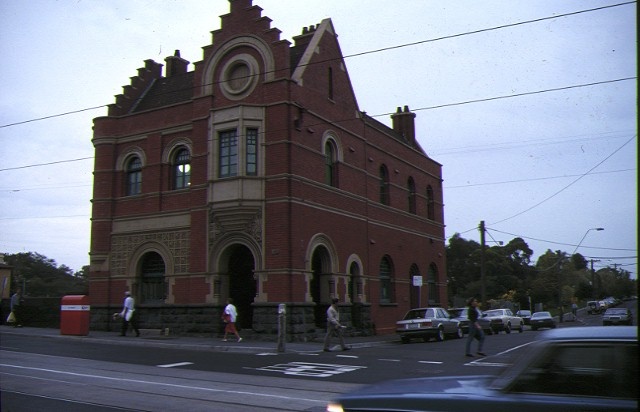 The Former South Yarra Post Office is located on Toorak Road, on a restricted and precipitous site adjacent to the railway cutting. Designed in 1890 by Public Works Department architect, AJ MacDonald, and erected in 1892-3, the three-storey red brick structure combines basic American Romanesque characteristics with Scottish Baronial forms and Art Nouveau and Australian decorative motifs in an asymmetrical picturesque composition.

The Former South Yarra Post Office is of architectural significance to the State of Victoria.

The Former South Yarra Post Office is of architectural significance as an outstanding and innovative example of the designs of the Public Works Department. It provides evidence of the important role played by the Department in the provision of public infrastructure throughout Victoria. MacDonald’s design for the Post Office was one of the most influential to come from the Public Works Department in the 1890s.