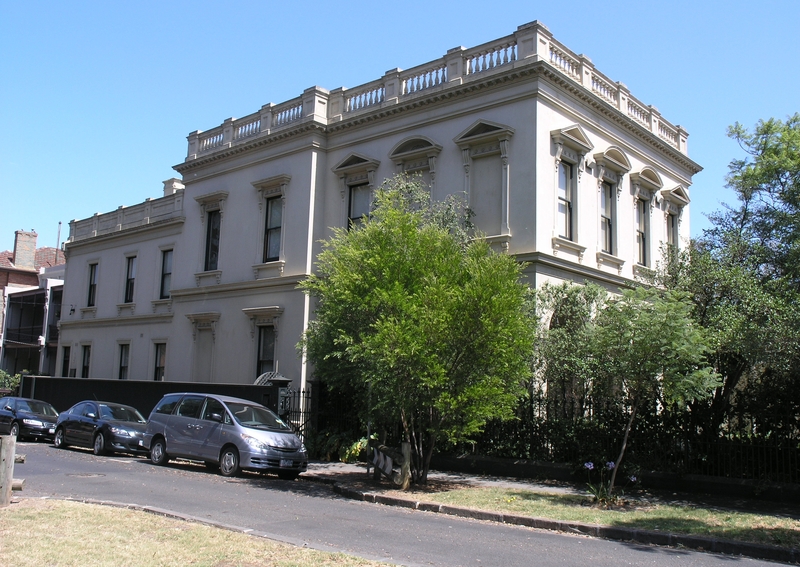 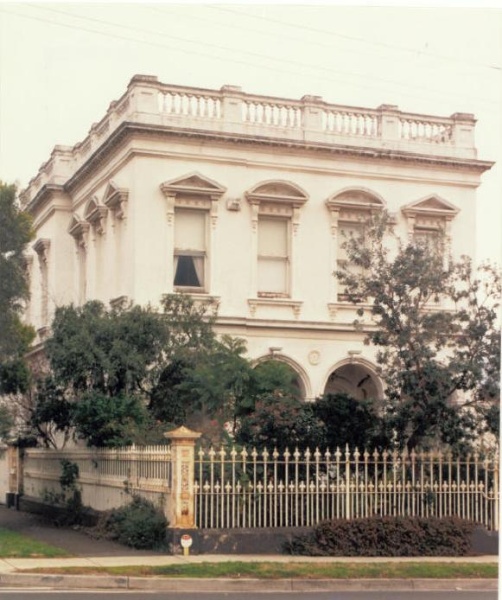 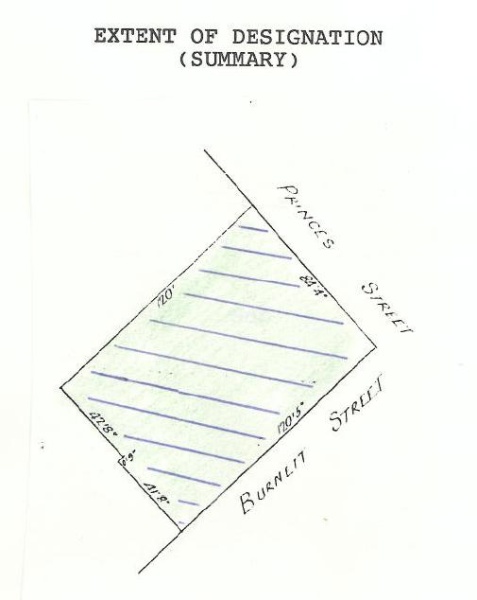 Fleurs was erected c.1882 for the eminent businessman Phipps Turnbull (c 1829-1890). Turnbull, who emigrated to Victoria in 1844, founded the firm of Robert & Phipps Turnbull & Co., general merchants and commission agents. He was chairman of the chamber of commerce in 1864-1866 and a director of many companies, including the Carlton Brewery.

The location of his new home in the prestige suburb of St Kilda was an indication of his status in the community. This two storey house is an excellent and comparatively rare example of a late Victorian residence in the Italianate style. Features include a recessed arcade at ground floor level. The ground floor windows have pedimented hoods and there is a balustraded parapet above.

The house is asymmetrically arranged, with a side entrance in Burnett Street. The iron palisade fence and blind windows are other notable features. The interior has experienced alterations but a large spiral staircase and the front reception room are intact. Fleurs is of architectural and historical for the following reasons:

-as one of the more notable residences on the St Kilda Hill, a celebrated place of residence in nineteenth century Melbourne

- and for its association with Phipps Turnbull, the noted businessman.