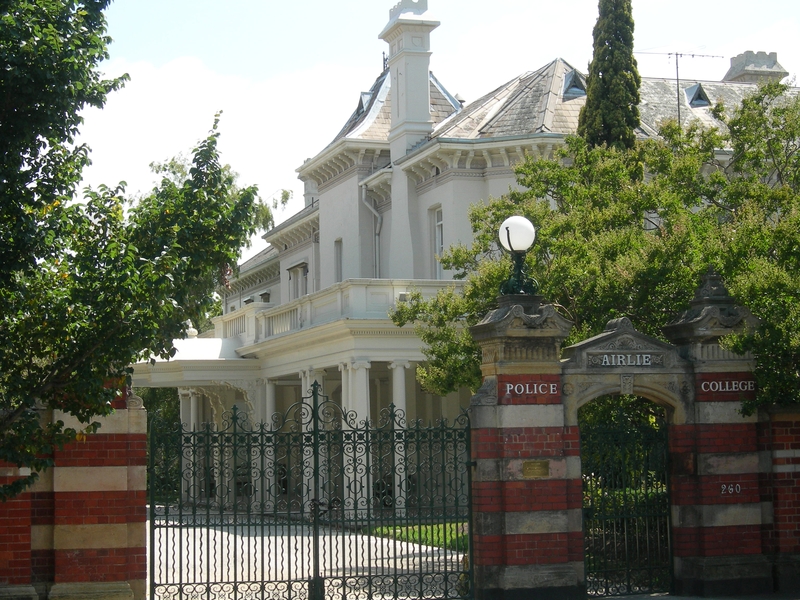 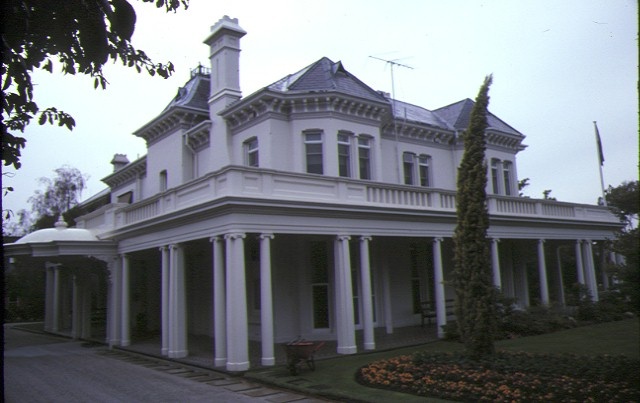 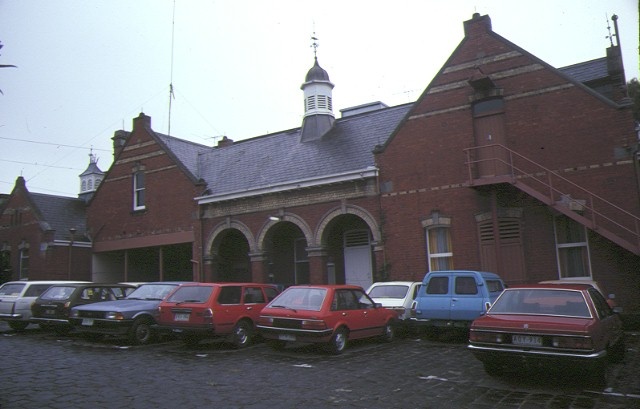 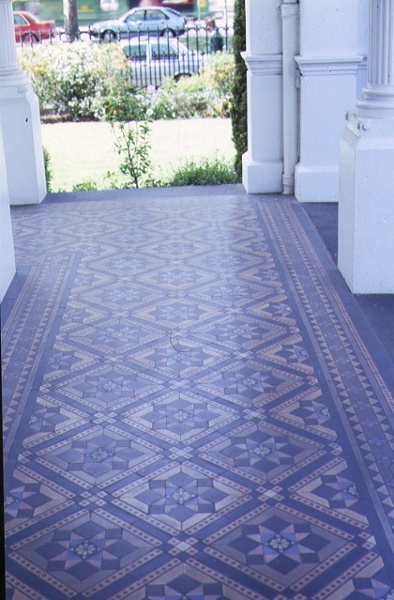 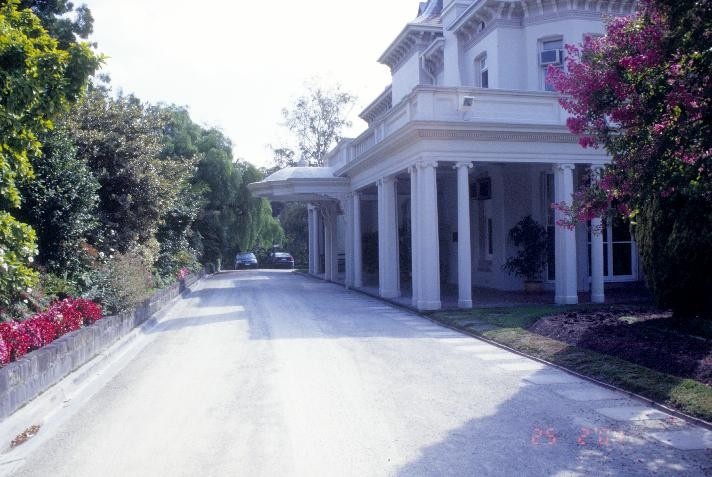 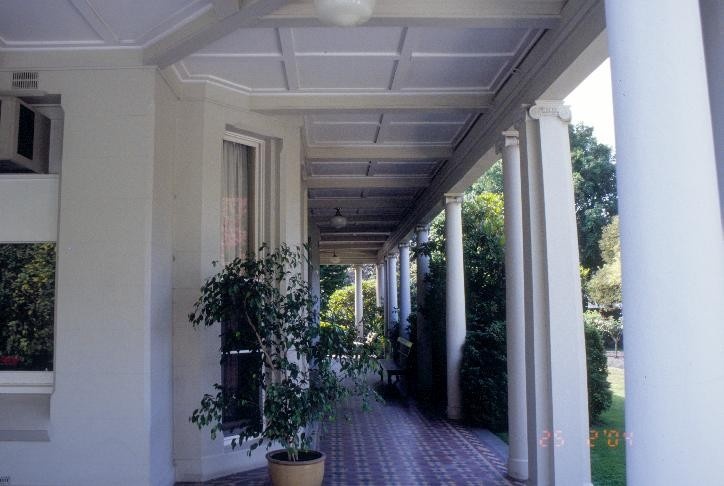 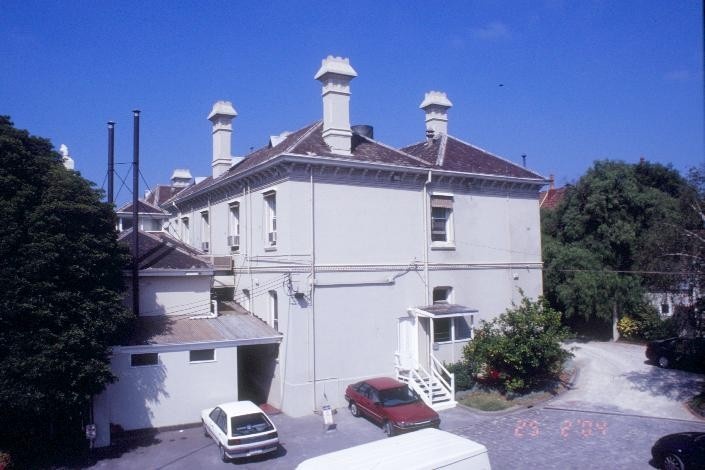 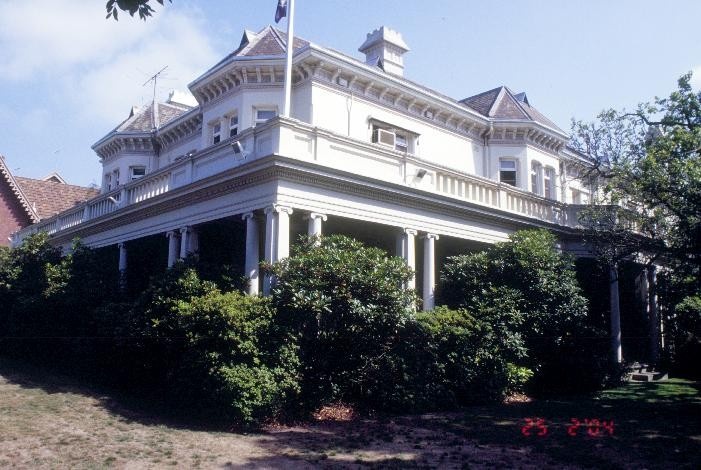 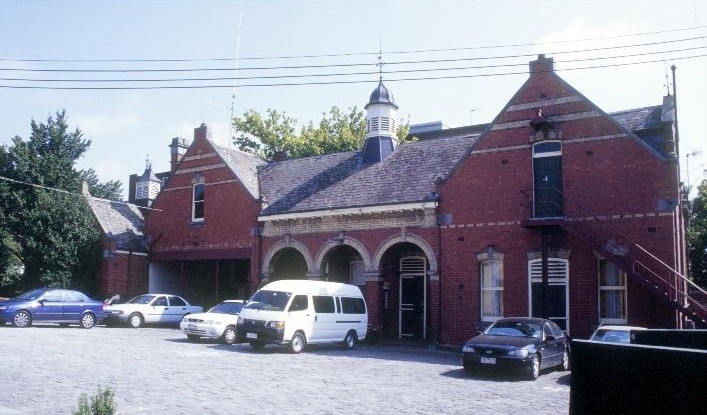 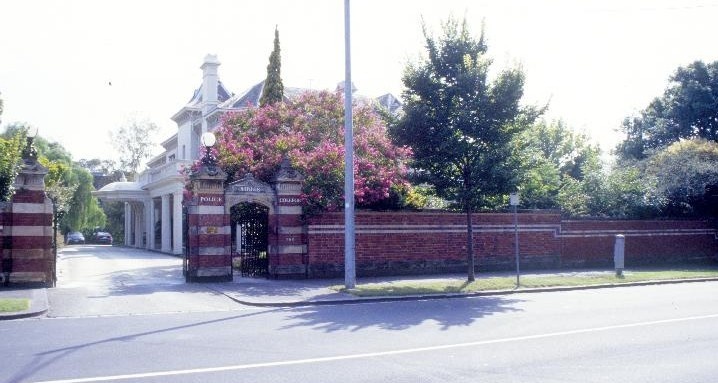 What is significant?
Airlie was built c. 1873 for David and Elizabeth Ogilvy. David Ogilvy had originally obtained the land in 1846. The architect for the house is unknown, but the builder was believed to have been Joseph Dean. The house is a two storey mansion with ruled ashlar blockwork and rendered walls. It has a hipped slate roof. A coach house and stables complex, designed by Willian Salway, was built in 1890. Substantial additions were made in 1924, including the front portico, surrounding veranda and the balcony on the first floor. Further alterations were made in 1957 when the building was converted to a police college.

How is it significant?
Airlie is of historical and architectural significance to the State of Victoria.

Why is it significant?
Airlie is of historical significance as a remnant of the early development south of the Yarra River, and because of the important and interesting uses to which the building has been put. David Ogilvy purchased the land on which Airlie was later built in one of the earliest land sales south of the Yarra, in 1846. While Airlie appears to be Ogilvy's second house on his property, and while the property's curtilage has been substantially reduced over the years, the house remains as a reminder of the large estates that characterised the early development of South Yarra. For its first seventy years Airlie functioned as a residence, owned by a number of prominent Victorians, including George Chirnside of Werribee. But its subsequent uses are historically most significant. In 1942 and 1943 Airlie was Headquarters for Special Operations Australia, also known as ?Z? Special Unit, which organised coastwatchers and intelligence missions into Japanese occupied territory by allied servicemen. The house reverted to private ownership after the war, but was acquired by the Health Department in 1950 and converted to a Tuberculosis clinic, for which purpose it was used until being given to the Police Department in 1957 for a training college. Airlie has thus played a substantial role in Victoria's wartime, health and police history.

Airlie is of architectural significance as an example of a relatively early South Yarra mansion. Although it has been altered over the years, its character as a substantial mansion house remains, providing an idea of the lifestyle of Melbourne's 19th and early 20th century elites.