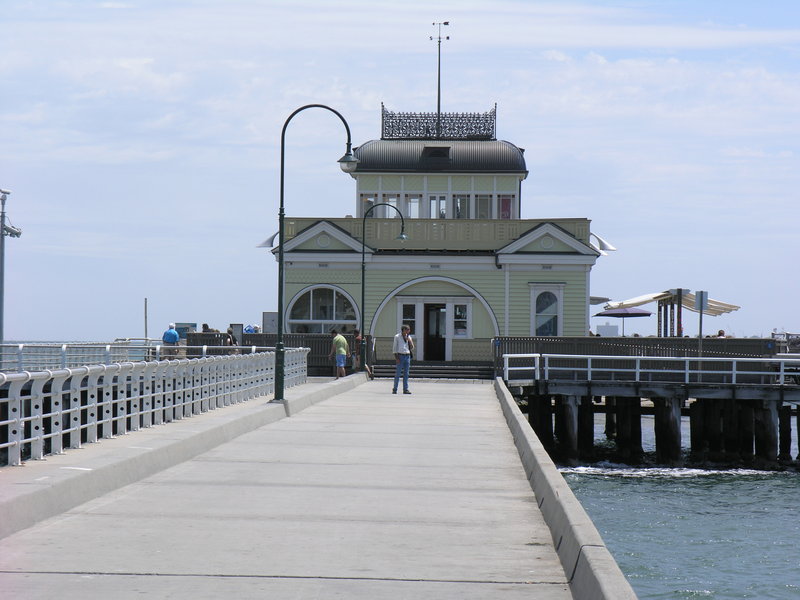 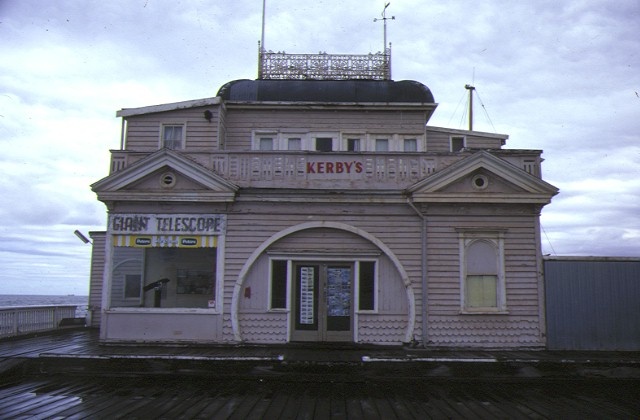 Originally known as Parer's Pavilion, the tea and refreshments rooms were built on the 'L' junction of St. Kilda pier in 1904. The Pavilion follows a building design that was popular in Europe at the time of its construction, and is a unique example of this design in Victoria. During its early years, it often doubled as a meteorological bureau, and has since then played a significant role in the fashionable seaside life of St. Kilda.

The Pavilion was razed by fire on 11 September 2003 and was rebuilt essentially to the same design in 2005 using the original plans as a guide.