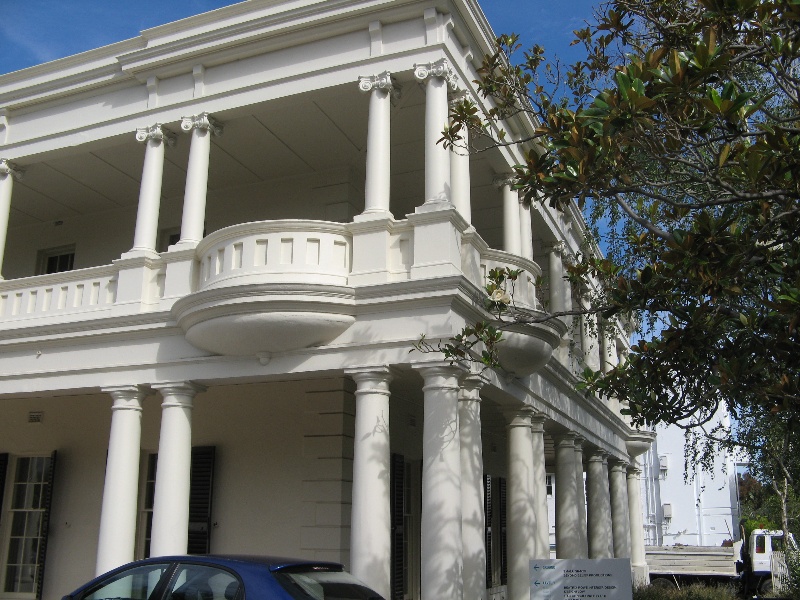 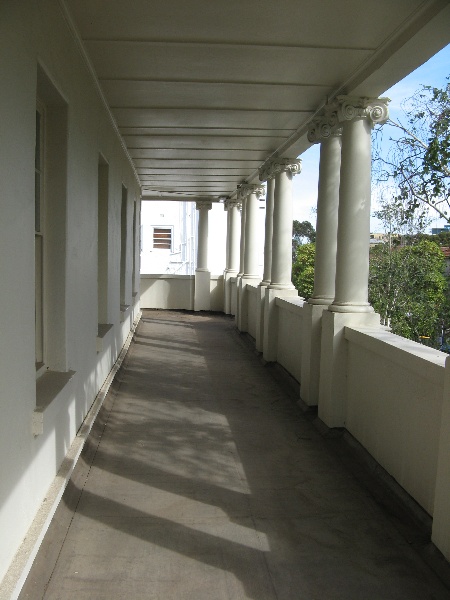 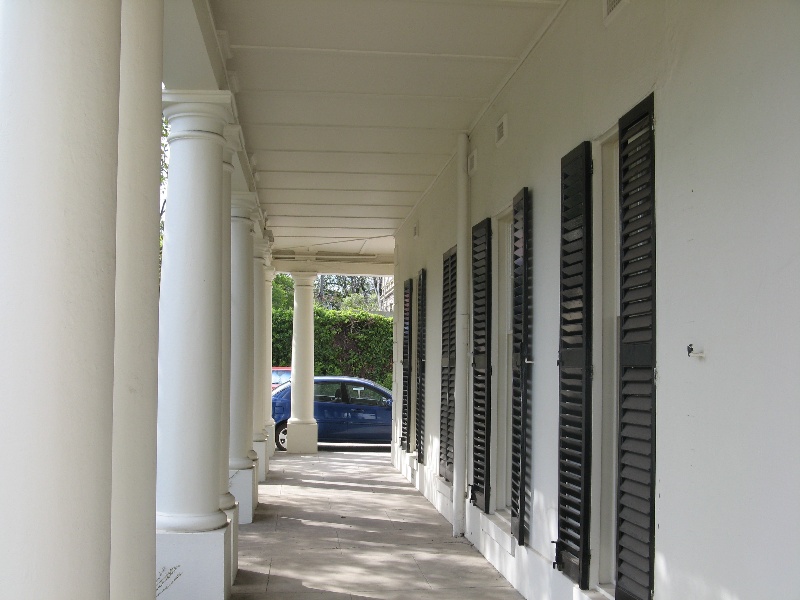 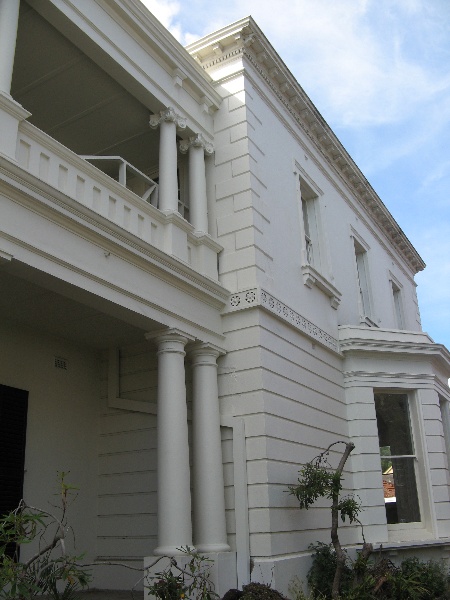 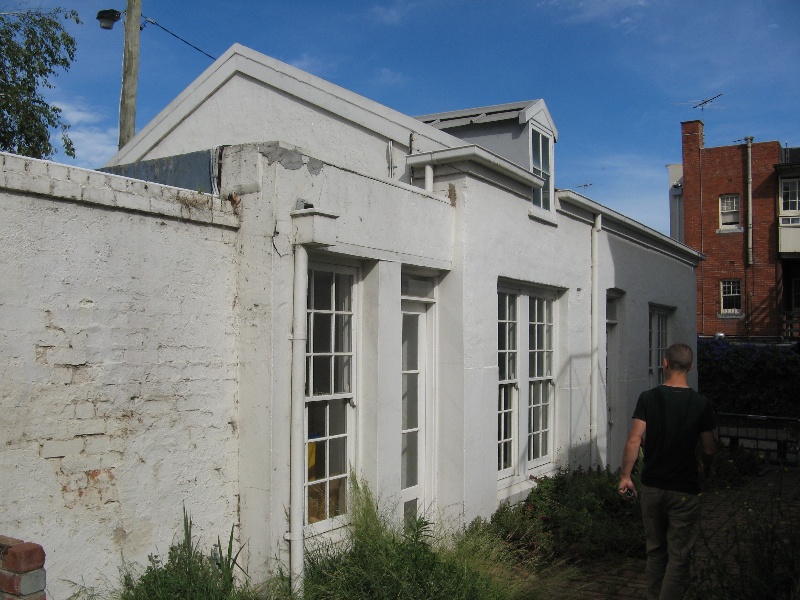 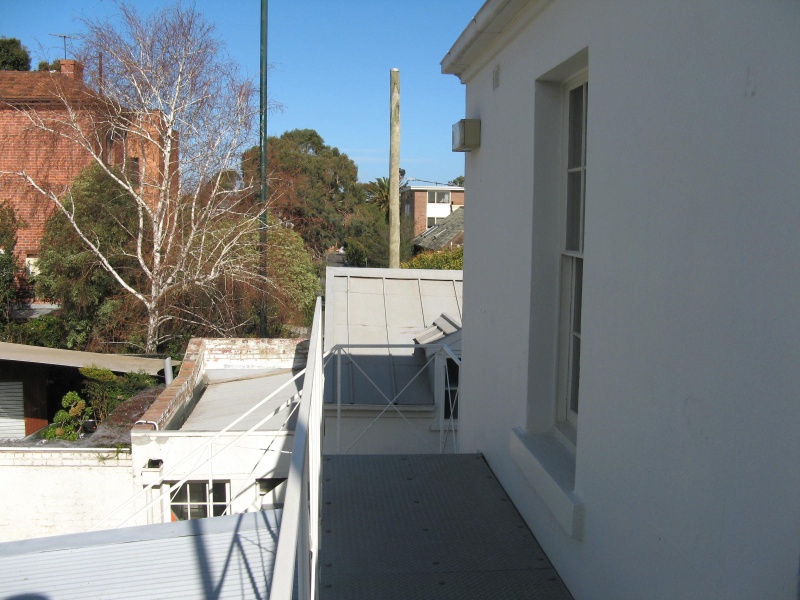 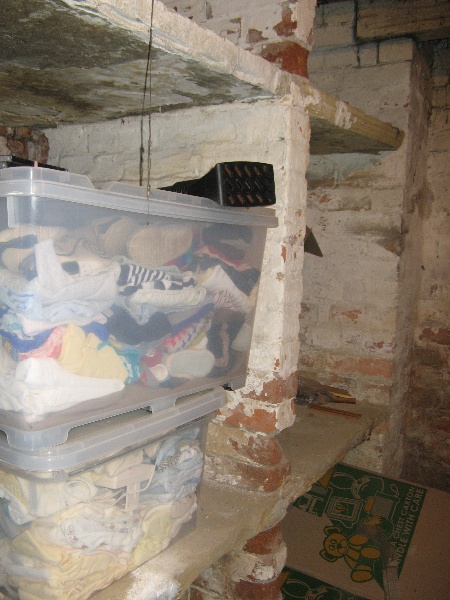 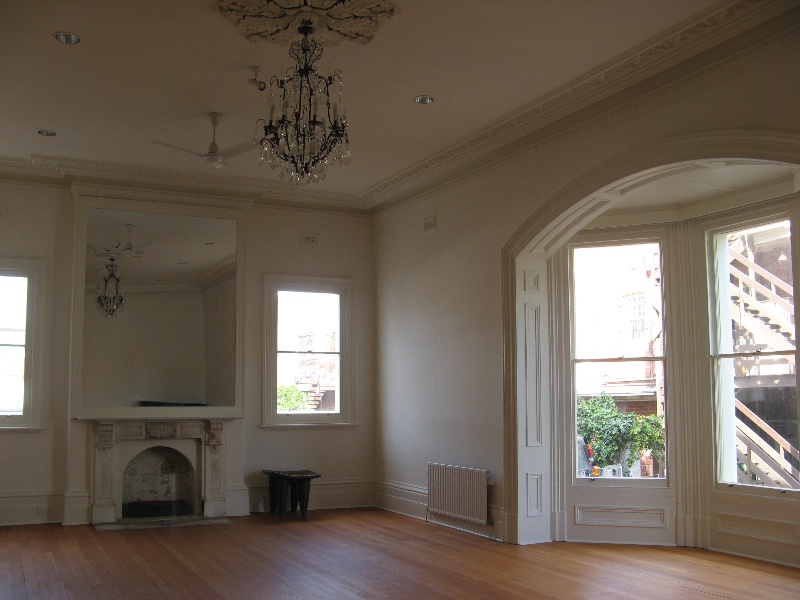 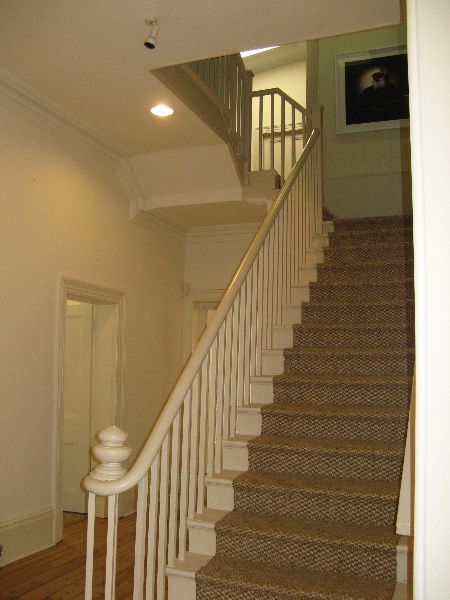 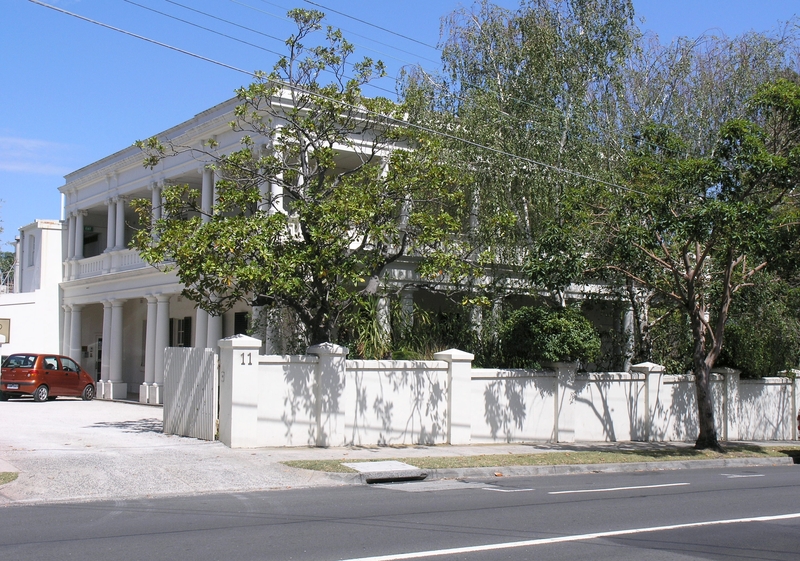 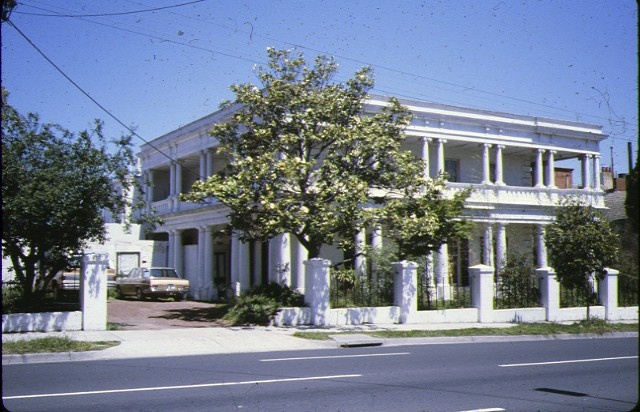 The residence also known as Berkeley Hallwas designed by the architect Albert Purchas and built in stages from 1854 for the prominent solicitor Henry Field Gurner. Gurner (1819-83) was born in Sydney, in 1841 was the first attorney admitted to the bar in the Port Phillip District, was Melbourne's first Town Clerk and was Crown Solicitor of Victoria from 1851 until his retirement in 1880. Gurner purchased land on Grey Street in the second sale of Crown Land in St Kilda, and in 1850 bought the land to the east on Princes Street, where he built what was originally a Georgian style house, facing across Dalgety Street towards Hobson's Bay. Albert Purchas (1825-99) arrived from England in 1852 and became one of Victoria's most important architects; this was one of his first commissions. The front rooms and an earlier two-storey verandah are said to have been added after 1873. The 1897 MMBW plan shows it as the only house between Dalgety and Burnett Streets, with two wings with a courtyard between at the rear, and large gardens facing Princes Street and Dalgety Street, with steps leading from there to the front entrance. Gurner died at the Melbourne Club and is buried at St Kilda Cemetery. His wife Augusta continued to live at the house until her death in 1917, when the property, now much reduced in size, was sold. The colonnaded verandah was probably built after this. In 1945 changes were made to the house for conversion to reception rooms, known as Berkley Hall, and further changes have now been made for conversion to offices. The former rear courtyard (with an underground brick lined water tank) has been enclosed, new openings made between rooms, floorboards replaced and most of the interior decorative details removed.

The residence at 11 Princes Street is a two storey rendered brick Classical style house. Around three sides of the house is the prominent two-storey Doric and Ionic colonnade which has small curved balconettes near the corners of the upper level. The long double-hung sash windows on the ground floor have timber shutters. The house retains its original entrance hall, the main staircase with a fine timber balustrade, the drawing room with a canted bay window and a cellar with brick and slate wine bins. Behind the house are the former four room servants' quarters and a brick stable with a loft and roofed with Morewood & Rogers tiles.

The residence at 11 Princes Street is of historical and architectural significance to the State of Victoria.

The residence at 11 Princes Street is of historical significance as the home from 1854 until his death in 1883 of Henry Gurner, one of Victoria's most prominent early residents. He was the first attorney admitted to the bar in the Port Phillip District, Melbourne's first Town Clerk and Crown Solicitor of Victoria from Separation in 1851 until 1880. Berkeley Hall is one of the oldest surviving houses in St Kilda, and reflects the popularity of the seaside suburb for gentlemen's residences in the early days of the colony. It is historically significant as a demonstration of the way of life of the wealthier residents of Victoria during the nineteenth and early twentieth centuries.

The residence at 11 Princes Street is of architectural significance as an impressive example of a grand Classical style house, first built in 1854 and extended during the late nineteenth and early twentieth centuries. The early twentieth century Classical colonnade is an impressive and unusual example of its kind. The house is significant for its association with Albert Purchas, one of Victoria's most important architects of the second half of the nineteenth century.