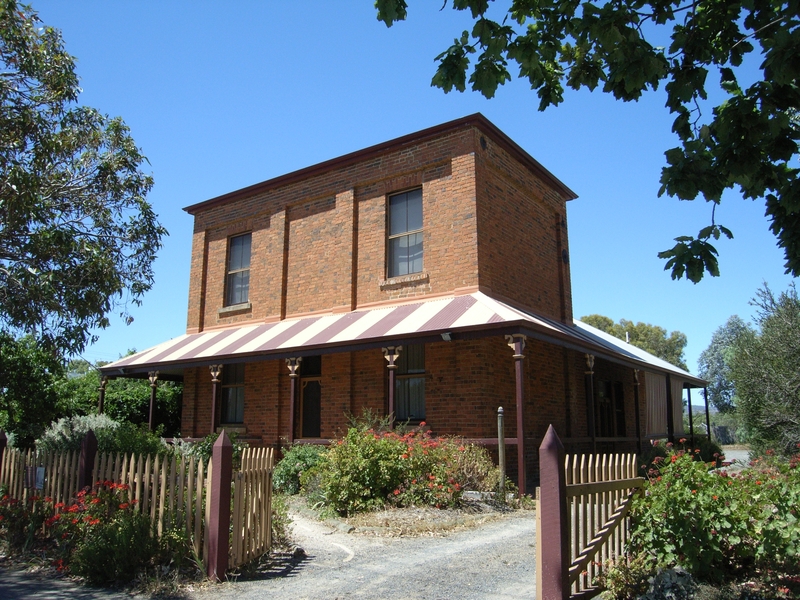 An exact date for the construction of the Institute has not been established. The earliest reference to the building is 1866. The verandah may be a later addition because it cuts across the "pilasters" and is not usual with this Regency form. It is particularly severe in its detailing. The internal planning of the building is not unusual. Originally the front rooms on both floors were the full width of the facade. They have since been divided by light timber partitions. Presumably these date from about 1876 when the building became a residence. A small staircase leads to the upper floor. There are two smaller rooms at the rear, one of which was used as a kitchen and the other as a bathroom. A timber skillion has been added at the rear.

The western side of the verandah has also been enclosed. There are no buildings which can be directly compared to the form and detail of this building and there are certainly no comparable mechanics institutes. The closest buildings are to be found in the first settled parts of New South Wales and in northern Tasmania. (one building at Fulham near Sale was brought to the attention of the sub-committee after the hearing. It can be compared with the institute but it is larger, more sophisticated in its detailing and was built as a residence).

At present the building is in poor condition due to the lack of maintenance over the last few years. The main damage is from rising damp which has perished the lime mortar and soft bricks and from a flashing which has failed between the front and back sections of the building. The building is quite intact from the period when it was converted into a dwelling. Old wallpapers survive in the upstairs rooms, although they are also damaged.

The building is significant for architectural as well as historical reasons. It is important at a national level.