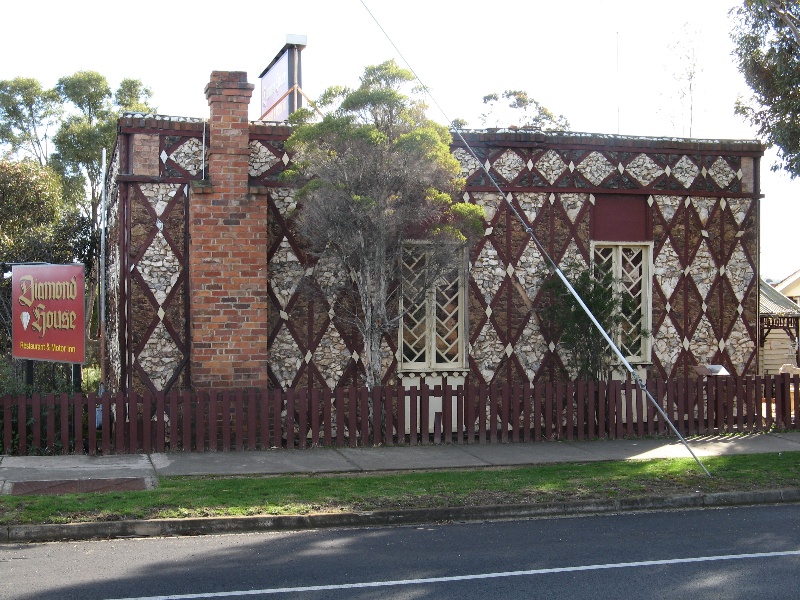 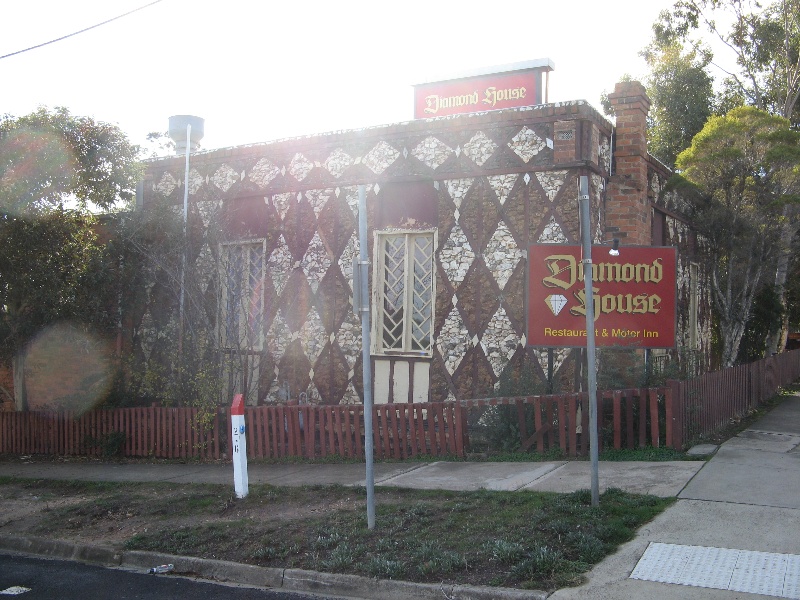 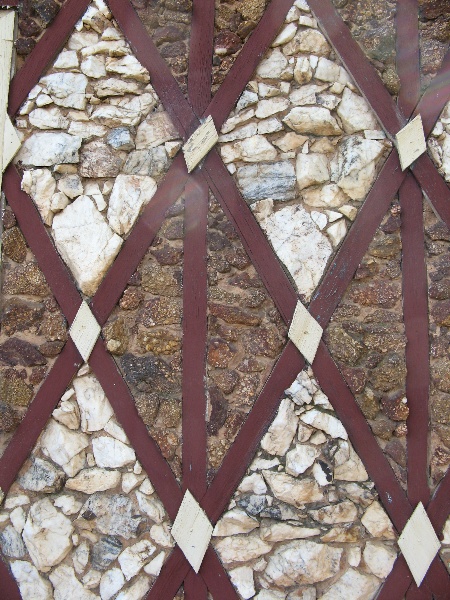 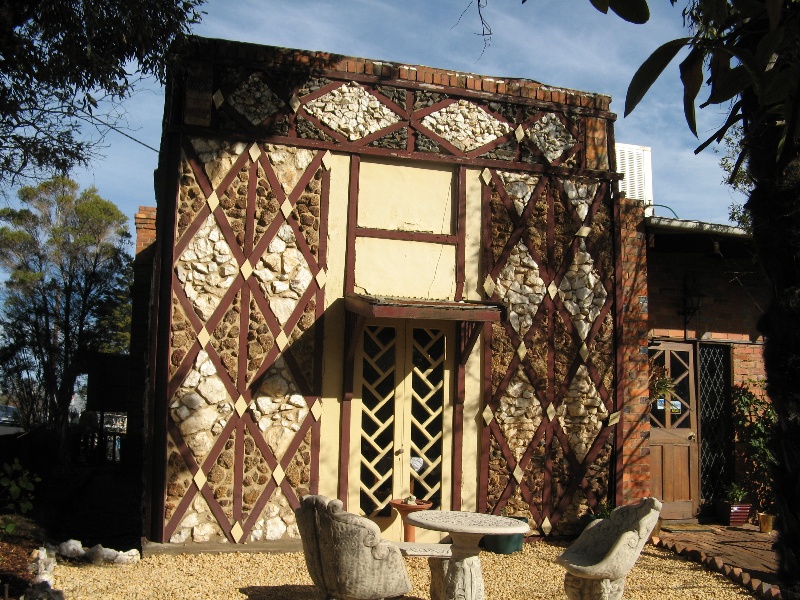 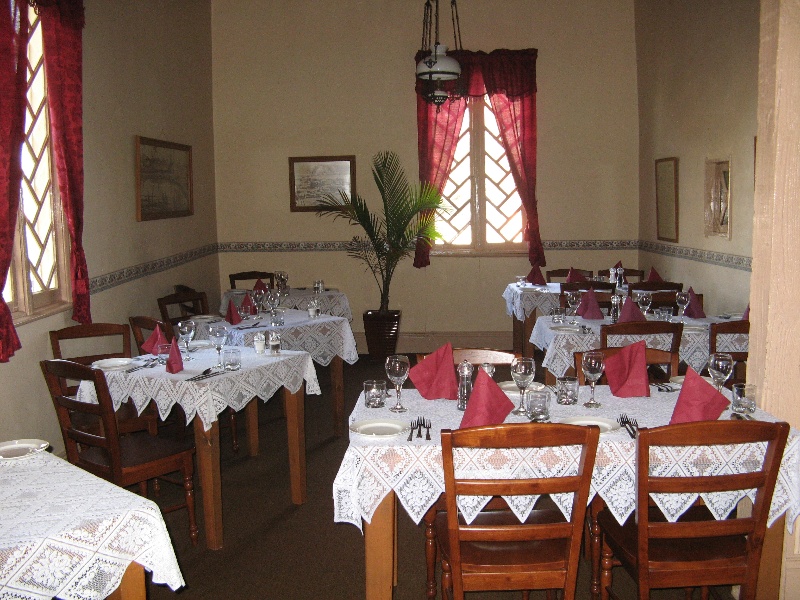 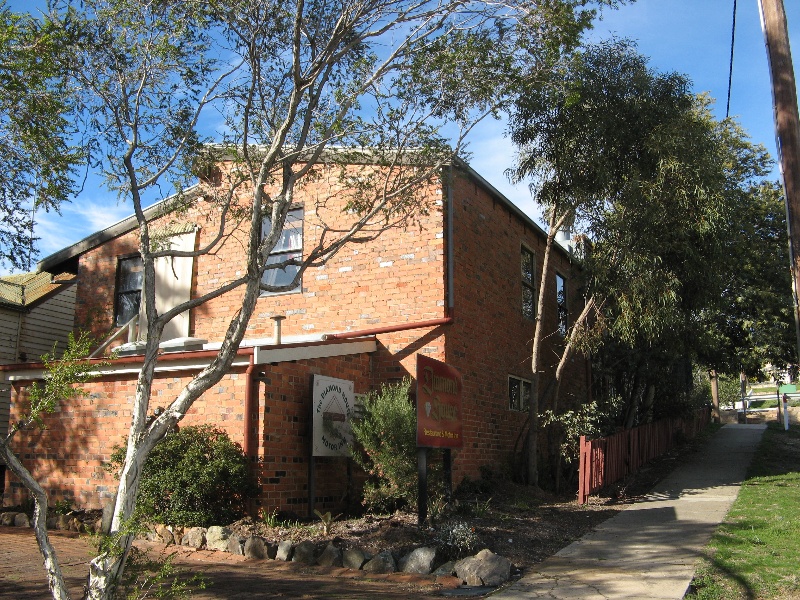 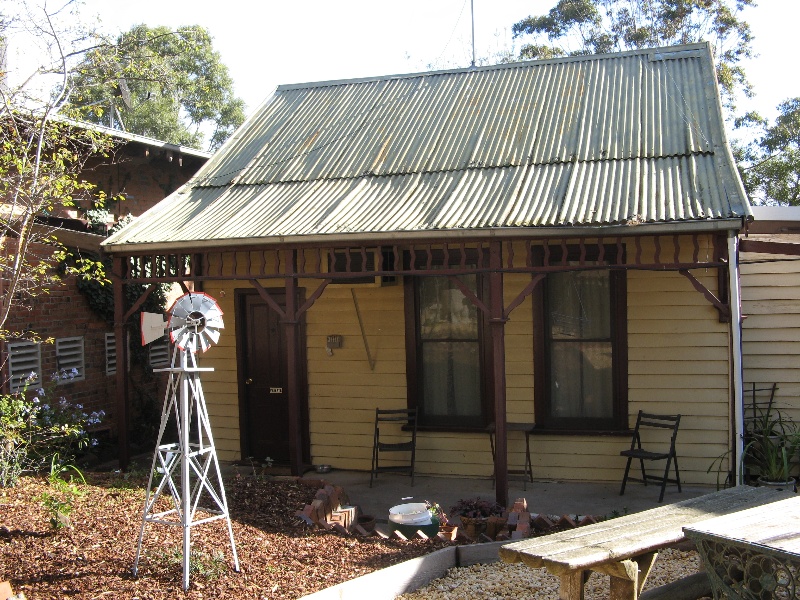 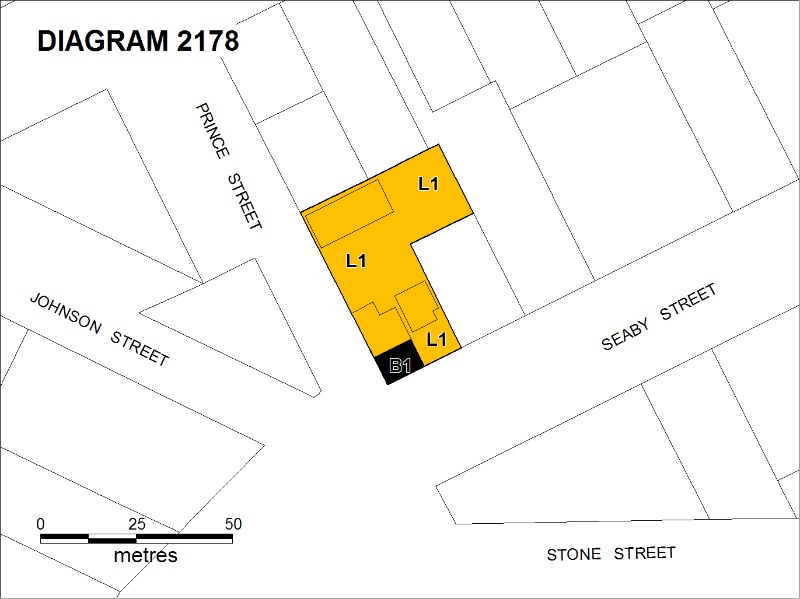 Diamond House was built in c1866-8 by John Hearne, a miner who then lived in a small house next to it. The building was Hearne's residence, but he held a wine licence in 1880 and it is said that Diamond House was intended to be a wine shop. Hearne's nephew was the architect George Inskip, and it is thought that he may have been involved in the design, but he arrived in Australia only in 1870, running an architectural practice in Stawell from 1870-1884 before moving to Western Australia, and then to Melbourne in 1886. Hearne's 1889 obituary noted that he was well-known in Stawell for the construction of the house, which had long been an object of interest to visitors and had become a landmark on the Stawell Road, and that 'not a nail of any sort was used in its construction'. After Hearne's death the building was sold and has since been used as a private residence, a confectionary shop, briefly a technical school and a Seventh Day Adventist meeting hall, and since 1982 as a restaurant. The timber cottage adjacent to Diamond House was probably built in the early twentieth century, and the brick wing at the rear was built after 1983.

Diamond House is a single storey rectangular plan building built to the boundaries of the block on the corner of Seaby and Prince Streets. The walls are decorated with a diamond pattern of white and brown rubble stones, said to have been gathered from Church Hill opposite. The decoration covers all of the wall surfaces, and forms a contrasting band around the parapet, where the diamond pattern is tilted by ninety degrees, and which has bands of bricks and white quartz at the top edge. The roof is hidden behind the parapet, and is said to be flat, though it is more likely to be a skillion. The windows are elongated paired casements with herringbone pattern glazing that continues the diamond theme, and on the east side there are French windows opening to the garden. There is a single face brick chimney corbelled at the top.

Diamond House is of architectural significance to the state of Victoria.

Diamond House is architecturally significant as a unique building in Victoria, and demonstrates the nineteenth century English interest in vernacular building traditions and in polychromy. The use of vernacular building materials and techniques was made fashionable in the nineteenth century by the contemporary interest in the Picturesque aesthetic and by the Arts and Crafts movement. Diamond House is an early and most unusual example in Victoria of constructional polychromy, which became a concern of the most advanced English architects in the 1850s and 1860s and became a characteristic feature of much High Victorian architecture. The use of constructional polychromy at this time and for a relatively humble building, said to have been designed and built by a miner rather than by an architect, is most unusual. It is possible that the builder's nephew, the architect George Inskip, had some involvement with the design.