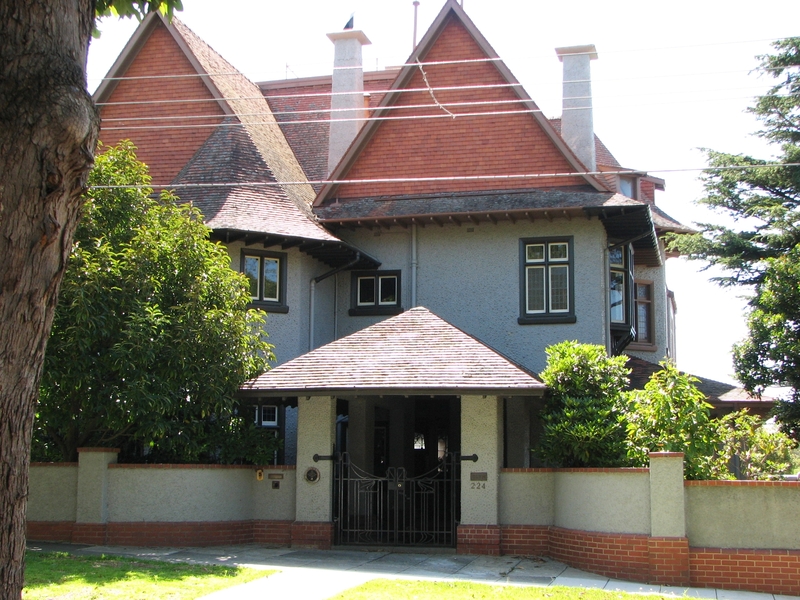 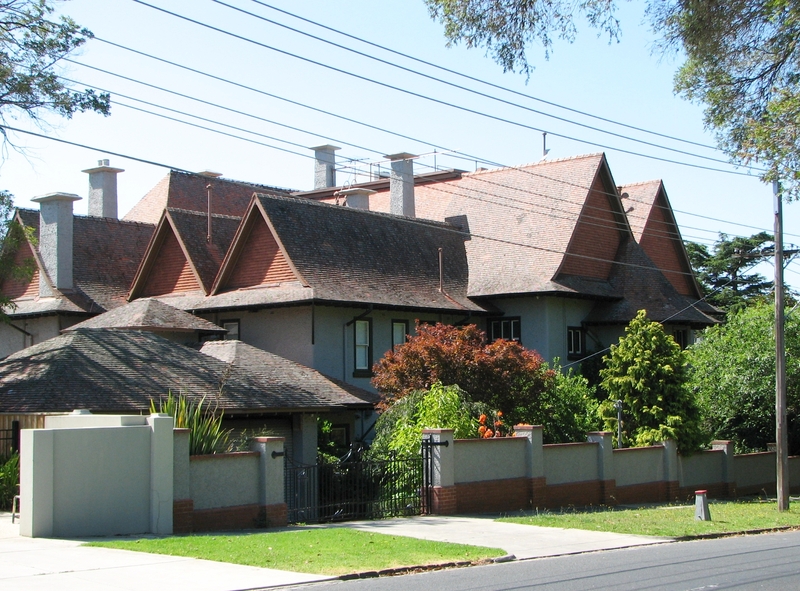 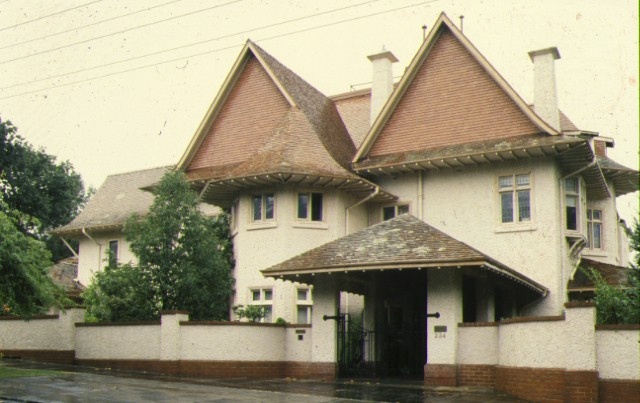 Glyn was designed in 1908 by the noted architect Rodney H. Alsop for Sir Edward Miller. The house was constructed in the Arts and Crafts idiom, finished with a distinctive render with pebbles pushed into the surface. This finish was complemented by a terracotta shingle roof. The interior contains many distinctive Arts and Crafts features, such as carved woodwork, stained glass and beaten metal ornamentation.

Glyn is architecturally and historically significant to the State of Victoria.

Glyn is architecturally significant as one of the finest examples of Arts and Crafts movement architecture in Victoria, and for its associations with one of the movement’s best practitioners, Rodney Alsop (1881-1932). Alsop was influenced by English architects such as Voysey and Lutyens who in turn were working in the tradition established by Ruskin and Morris in the 1850s. Alsop was a founding member of the Arts and Crafts Society of Victoria and played a major role in the introduction of the style into Victoria in the early 1900s. The Arts and Crafts movement drew together amateur and professional artists, architects, educators and craftspeople. Architecturally, the movement emphasised picturesque massing, references to vernacular architecture and the exposure of building materials and textures. All these elements are evident in Glyn. The original fireplaces, light fittings, switch plates and joinery were rare examples of English arts and crafts influence in Australia, although some of these features have been lost in alterations in recent decades. The arts and crafts influence is further reflected in the different decorative treatment of each room. An interesting Australian touch is the eucalypt decorative scheme in the main hall, stair hall, entrance hall and upstairs gallery. The Arts and Crafts movement in Australia encouraged the use of Australian materials and motifs, reflecting burgeoning nationalism around the time of Federation and the movement’s belief in the necessity of a locally authentic form of decoration. As a committed Arts and Crafts practitioner, Alsop not only designed houses, he engaged in their decoration, with built-in furniture, carved woodwork, stained glass of his own design, and beaten metal ornamentation often made with his own hands. Alsop envisaged his houses as all-encompassing designs and works of art, and Glyn is a fine instance of this philosophy. Alsop was a successful and important architect. He received several important commissions, including Edrington at Berwick and Wombat Park in Daylesford. He worked on the designs for T&G Buildings in Australia and New Zealand and won the worldwide competition for the University of WA’s Hackett Buildings, for which he was to receive the 1932 Bronze Medal from the Royal Institute of British Architects, the first such award to an Australian architect for an Australian building.

Glyn is of historical significance for its associations with the Miller family. Sir Edward Miller (1848-1923), for whom the house was built, was at one stage Melbourne’s leading banking, insurance and real estate figure, and MLC for South Yarra. He lived in the house until his death in 1932, after which it was occupied by his widow and then by his son, Everard Studley Miller, philanthropist, art patron and collector, who lived in it until his own death in 1956. The house reflects the Miller family’s wealth and status, as well as being a physical manifestation of their deep interest in the arts.