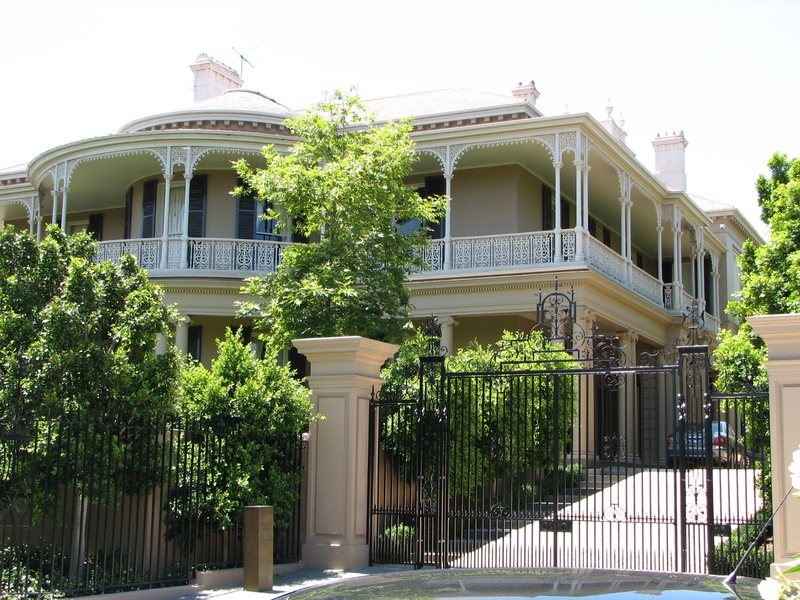 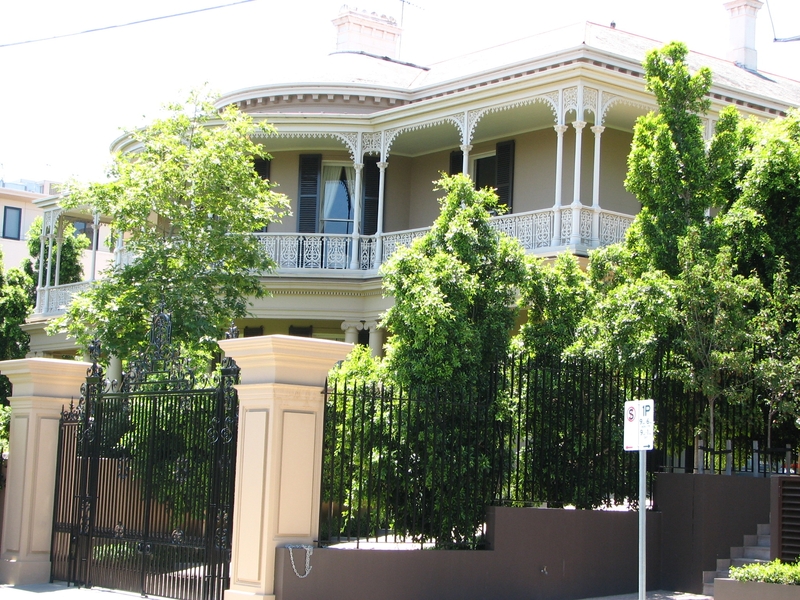 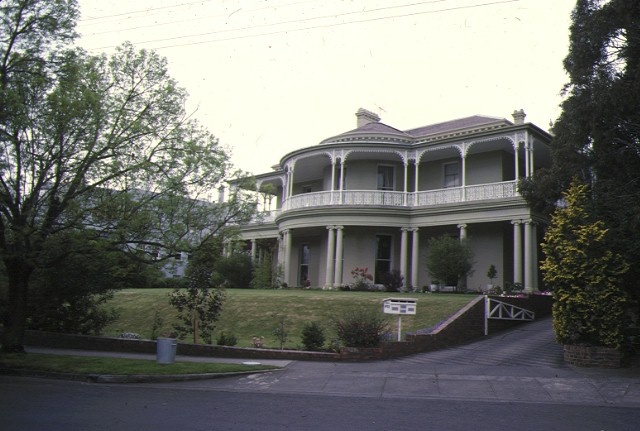 Trawalla, a two storey Italianate stuccoed brick mansion, was constructed in two stages, firstly as a 20-room residence for Melbourne merchant George Stevenson in 1867-68. In 1885 it was enlarged to 50 rooms for retired pastoralist John Simson of Trawalla near Beaufort. The architect for the original part was Levi Powell and for the later additions, Powell and Whitaker. Stevenson is thought to have employed David Mitchell, Dame Nellie Melba’s father, as the builder.

Trawalla is of architectural and historical significance to the State of Victoria.

Trawalla is of architectural significance as a distinguished example of a 19th century Melbourne mansion and as a substantial work of noted mansion house architect, Levi Powell.
Trawalla has an unusual symmetrically disposed composition, most notable for the regency-derived bow front and encompassing double storey composite verandah. Internally, the grand staircase and Serlian motif stained glass window on the landing are attractive features.

Trawalla is of historical significance because it illustrates a process of changing social and economic conditions from the late 19th century. As Melbourne was consolidated towards the end of the 19th century with gold rush and pastoral wealth, Trawalla was substantially expanded. During the depression of the 1890s its value dropped dramatically and its grounds were reduced. During the 1920s the property’s value increased enormously, before passing into the hands of an investment company in 1929 for a quarter of the sum paid the previous year. For the next twenty years the house served as a boarding house, until becoming part of the Melbourne School of Nursing in the early 1950s. In 1976 Trawalla was acquired by the Victorian Academy of General Practice. Trawalla retains the sense of grandeur of its early days, but its changing uses and reduced curtilage illustrate the way that changes within Australian society made maintenance of such large estates virtually impossible for individual families.