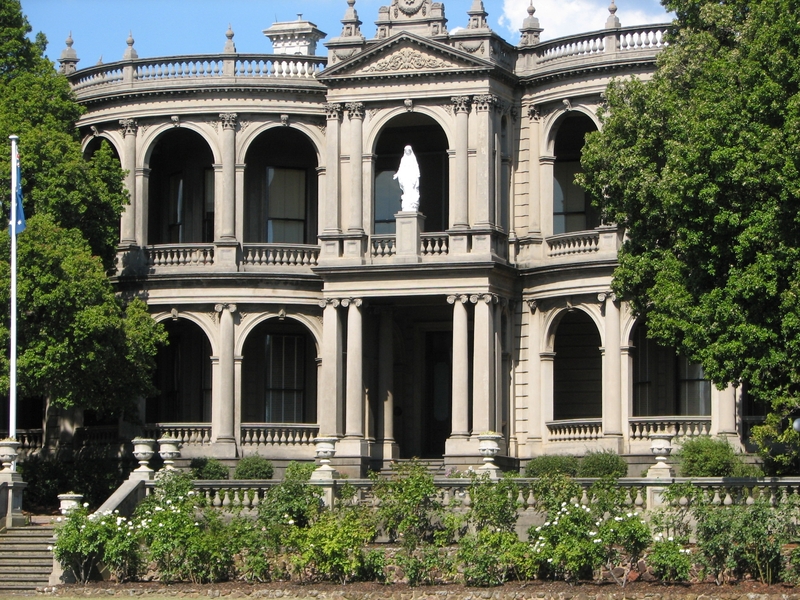 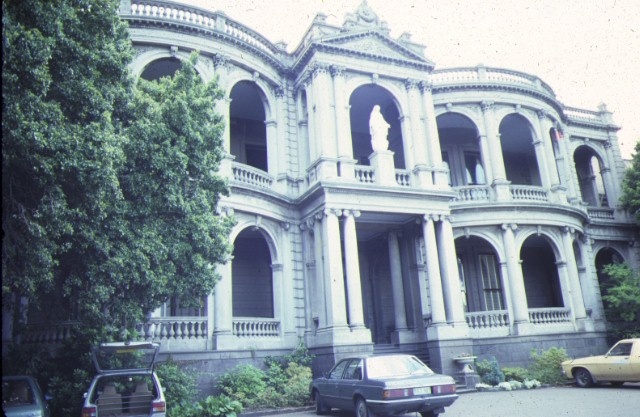 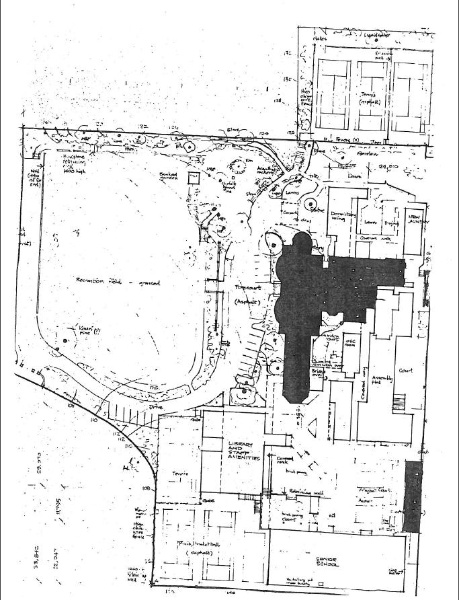 Mandeville Hall is one of the most lavishly-decorated of Melbourne's 19th century mansions. The first house to be built on the site, St George's, was a two-storey brick residence of 12 rooms constructed in 1869 for Alfred Watson, a prosperous Melbourne merchant. Joseph Clarke acquired the property in 1876 and engaged Charles Webb to undertake additions which gave a boom style extravagance to the more austere, classical appearance of the earlier house and which increased its size to 30 rooms. The ornate facade and front portion with grand entrance hall and conservatory, oak parlour, Indian room and exotic bathroom date from this period.

Mandeville Hall is of architectural, aesthetic and historical significance to the State of Victoria.

Mandeville Hall is of architectural significance as one of the best examples of the fine town houses built in fashionable Toorak during the late 1870s and early 1880s for Victoria's wealthy pastoralists, business and professional men and their families. These mansions became the settings for large-scale, lavish entertainments and were a focus for the social life of Melbourne's elite. Mandeville Hall's grand colonnaded balconies, central pedimented entrance portico, balustraded terrace leading to gracious lawns, and remarkably intact 19th century interior encapsulate this period of Victoria's history. The house's grandeur is enhanced by the remaining parts of the once-extensive gardens.

Mandeville Hall is of architectural significance for its associations with the important 19th century architect, Charles Webb. As well as designing many churches, schools, warehouses and other buildings, Webb was responsible for the design of a number of fine residences, including Tasma Terrace in East Melbourne. Mandeville Hall is a lavish example of his work, and illustrates the development of the Italianate style as a form of architecture expressive of the wealth of Melbourne's elite.

Mandeville Hall is of aesthetic significance for its interiors, which provide a remarkable record of 19th century interior decoration tastes and skills. Details such as the brilliant tilings, rich ceiling friezes and wall dadoes and some exquisite wall fabrics and papers were the work of artists specially sent out in 1877 by the firm of Gillow and Co of London. Some of these wall fabrics and papers were designed by the prominent English designer Bruce James Talbert and produced by the manufacturers Jeffrey and Co., leaders in the contemporary Aesthetic Movement. Other features include carved oak panels, Venetian glass doors and stained glass.

Mandeville Hall is of historical significance as a manifestation of the wealth of the affluent and socially prominent Clarke family. The Clarkes were not only great landowners and directors of some major colonial financial institutions, but were leading figures in the social life of the colony, patrons of the arts and well-known philanthropists. Joseph Clarke (1834-1895), was the owner of Mandeville Hall from 1876 until his death. The youngest son of the Hon. WJT Clarke, MLC, Joseph had inherited the management of Norton-Mandeville and other family properties in Tasmania. He came to Victoria in 1874 following his father's death. During his subsequent ownership of Mandeville Hall, Joseph owned a number of large pastoral properties in South Australia, Queensland and New Zealand and was an active company director and Governor of the colonial bank of Australasia.

Mandeville Hall is of historical significance because it illustrates how changing social and economic conditions in the 20th century made the maintenance of such large estates virtually impossible for individual families. After Joseph Clarke's death, the house served as a boarding house until it was acquired by the Loreto Sisters in 1924. It has since served as one of the foremost Roman Catholic educational establishments for girls in Victoria. A notable addition during this period was the chapel dedicated to Christ the King probably constructed by Robert Harper and Son and opened by Archbishop Mannix on 28 October 1928.