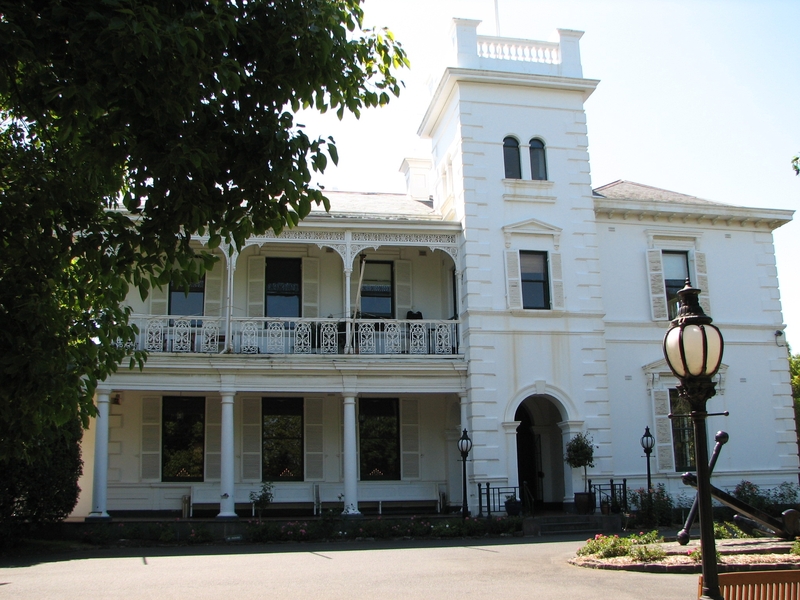 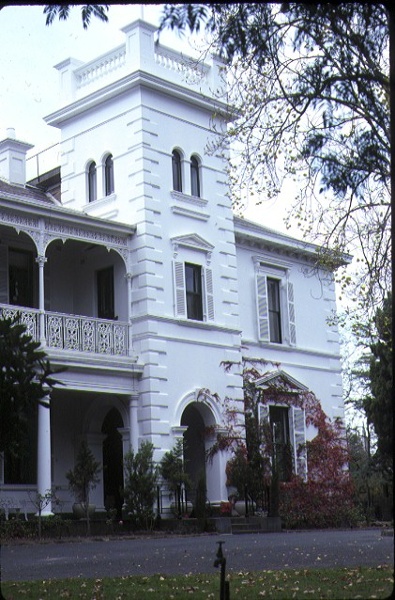 Toorak House was built c1850-51 for the wealthy Melbourne merchant James Jackson, who died in 1851 and never occupied the house, which was the finest in the colony at that time. The architect was probably James Blackburn (1803-1854), who had been transported to Van Diemen's Land in 1833 and was to become one of the most important engineers and architects of the period in Australia. In 1854 Toorak House was leased to the Victorian government, which extended and redecorated it at great expense for use as the home of the new Lieutenant-Governor, Charles Hotham, who replaced Charles La Trobe and in 1855 became the first Governor of Victoria. The house served as Government House until 1876, when the new Government House in the Domain was completed. It gave its name to the suburb of Toorak. It was one of the first Italianate houses in the colony, and as the home of the governor it lent status to the style and had a great influence on the houses built by the new rich after the gold rushes. The house reverted to being a private residence in 1876, and was used as a Women's Auxiliary Australian Air Force hostel during World War II. In 1956 it was purchased by the Swedish Church, which converted the property into a church and community centre. It has been extended several times since the 1840s.

Toorak House is an asymmetrical two storey brick and stucco Italianate style mansion with a dominant tower and ground floor Doric colonnade. The corners of the house feature strong quoining and the windows are crested by pediments embellished with classical motifs. The eaves are treated as a cornice with modillion brackets.

Toorak House is of historical and architectural significance to the State of Victoria.

Toorak House is of historical significance as one of the oldest surviving mansion houses in the State and as the first substantial government house in Victoria. The house remains as evidence of the early years of the expansion of Melbourne on the south bank of the Yarra. At that time Toorak House, like other mansions in the area, was part of a large estate stretching down to the river. Although it has been altered over the years, Toorak House is an important connection with this period of Melbourne's history. The salubrious character of the Toorak locality and grandeur of Toorak House itself led to its choice as the State Governor's residence in 1854. It was the first substantial Government House in Victoria, replacing the temporary accommodation that had been used since Victoria's separation from NSW in 1851. Toorak House is of architectural significance as one of the first examples in Victoria, and the most influential, of the Italianate style, which became Melbourne's most popular domestic style in the nineteenth century. It is also of significance for its association with the important early architect James Blackburn.