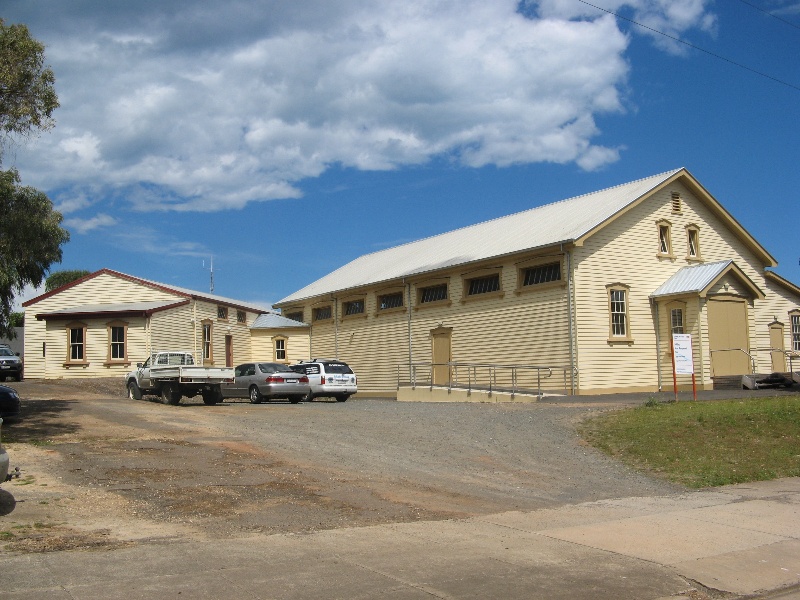 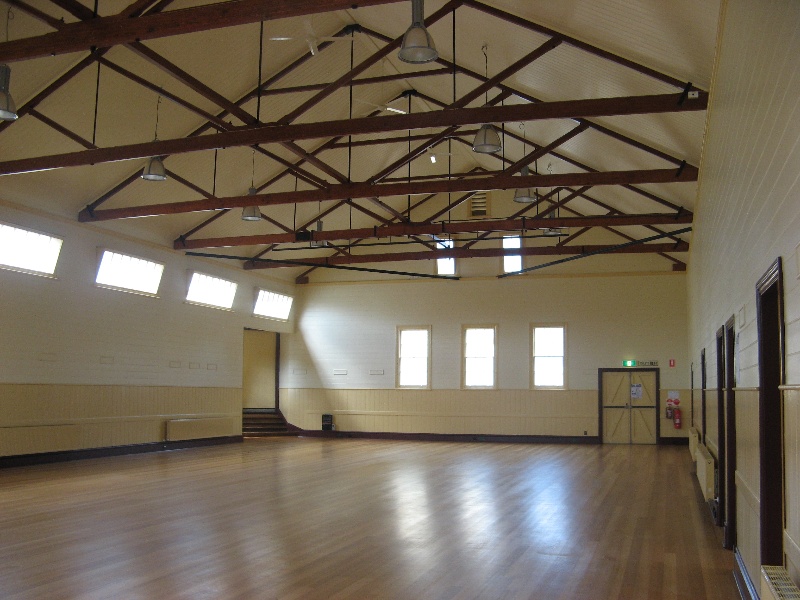 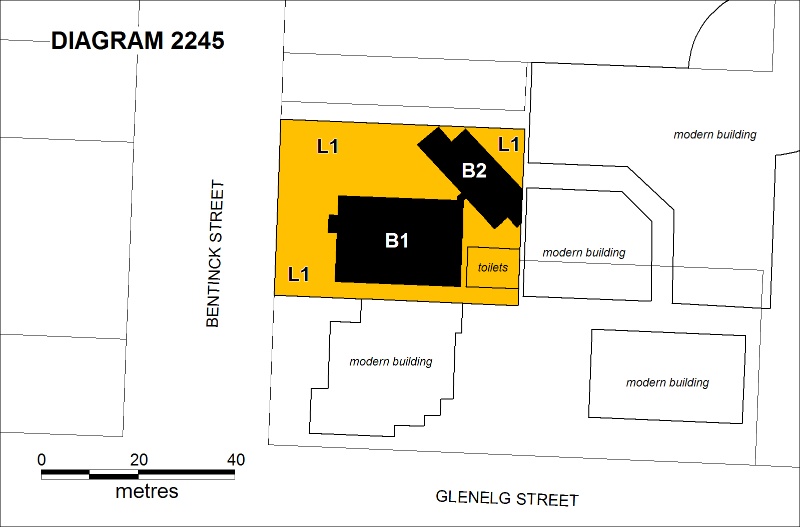 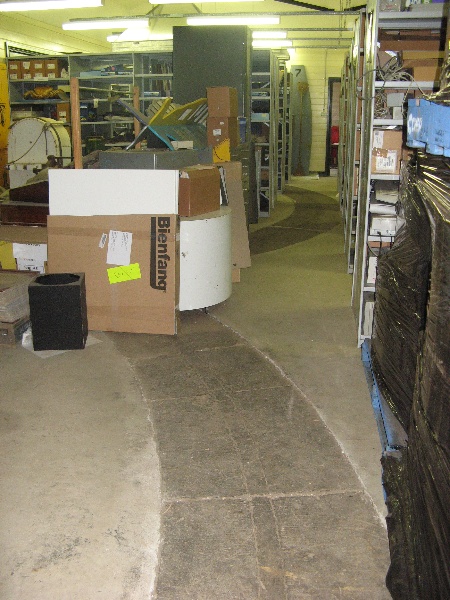 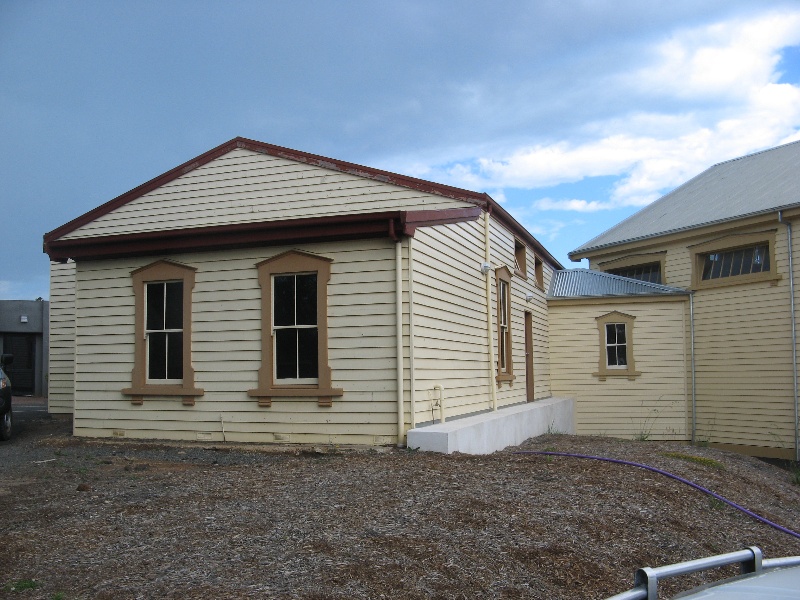 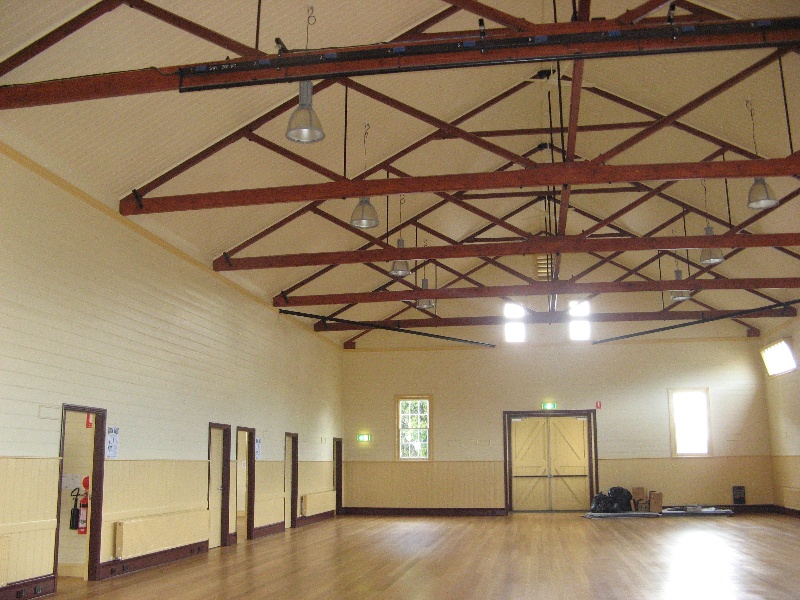 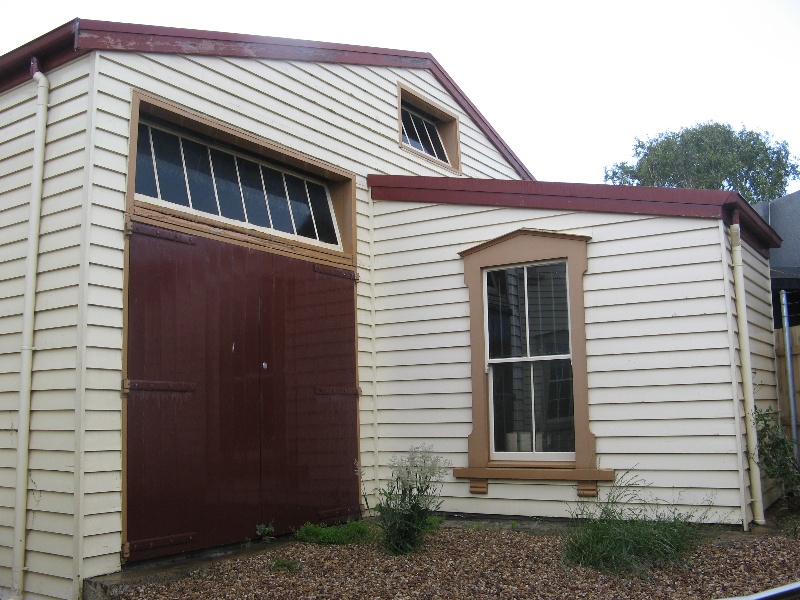 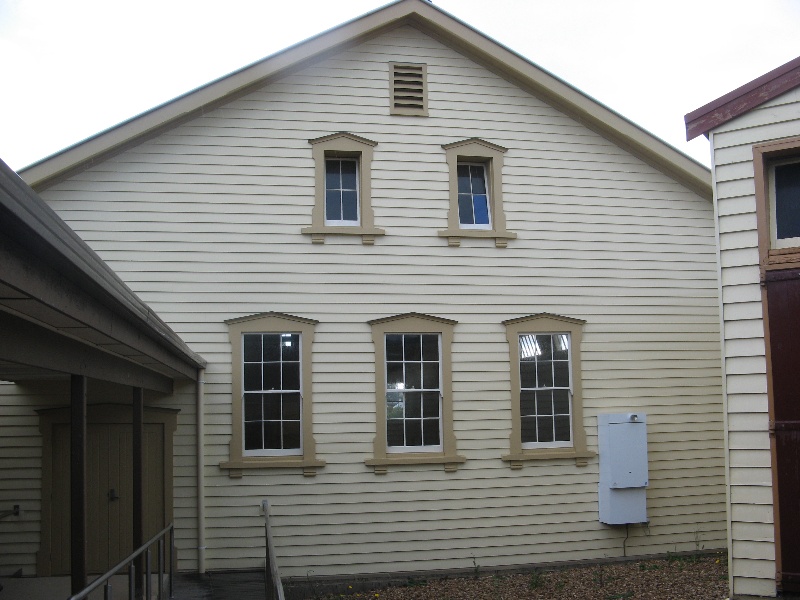 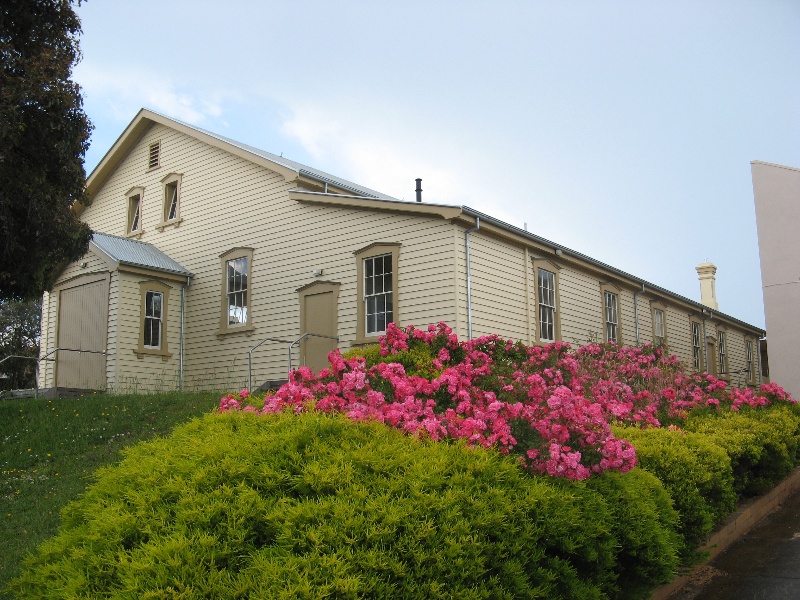 The Portland Drill Hall is a large timber hall with a gun shed attached at a rear corner, built for the recruitment and training of the local volunteer militia. It was designed by the Public Works Department architect Samuel Bindley, and built in 1887 by G & A Findlay. The hall was used by the Portland Battery of the Victorian Garrison Artillery, made up of part-time paid volunteer members, for practising military exercises. The gun shed was used both as a gun store and for training in the use of heavy guns. The gun shed had ports in the north wall looking north-east towards the bay and the two 68 pounder cannons housed there could be aimed by moving them on curved traversing platforms. The hall was also used as a venue for community functions such as dances. The battery was decommissioned in 1905 and the group's artillery was removed, but the drill hall continued to be used as a local gathering place. From 1911 it was used by the Royal Australian Navy for the Portland Boys Naval Brigade, became the Star Picture Theatre until a new cinema was built in 1937, and was used as a textile factory for some years. It was bought by Portland Council in 1971 and since then has had a number of uses: the hall for dances, meetings and as an indoor sports venue; the gun shed as a base for the local SES and later as the records room for the Glenelg Shire Council.

The Portland Drill Hall is a large rectangular-plan weatherboard building, about 24.4 metres long by 12.2 metres wide, with a corrugated iron-clad gable roof. The hall is characteristic of Samuel Bindley's designs, with Queen Anne detailing and pedimented window surrounds. It has a gabled entrance porch at the west end and along the south side is a range of smaller rooms built as stores, offices and a lavatory. The wall between two of these rooms has been removed as have some of the original fireplaces. The original floor has been replaced. The weatherboard gun shed is located at an angle to the rear of the drill hall and is connected to its north-east corner by an enclosed passage. The curved traversing platforms in the gun shed are made of smooth-cut stone set into the floor. The shed underwent alterations when adapted to become Glenelg Shire Council's records department, with the alteration of openings and the addition of a small entry vestibule.

This site is part of the traditional land of the Gunditjmara people.

The Portland Drill Hall is of architectural and historical significance to the state of Victoria.

The Portland Drill Hall and Gun Shed are of architectural significance as a fine example of the drill hall facilities designed by the Public Works Department architect Samuel Bindley and built in various locations throughout Victoria after 1870. The halls were built mainly to a standard pattern with local variations. This is the only drill hall in Victoria with an attached gun shed, and the stone traversing platforms are a rare reminder of its original function.

The Portland Drill Hall and Gun Shed are historically significant as a demonstration of the central role played by the part-time volunteer militia within coastal towns such as Portland in the late nineteenth century. These militia were seen as an integral part of Victoria's defence system, and their importance is demonstrated by the scale of the buildings constructed for their use at Portland and the strategic location of these buildings close to the harbour and within the government precinct. The gun shed is significant for its siting overlooking the bay and for the remaining evidence of its use to accommodate and train the militia in the use of 68 pounder guns.