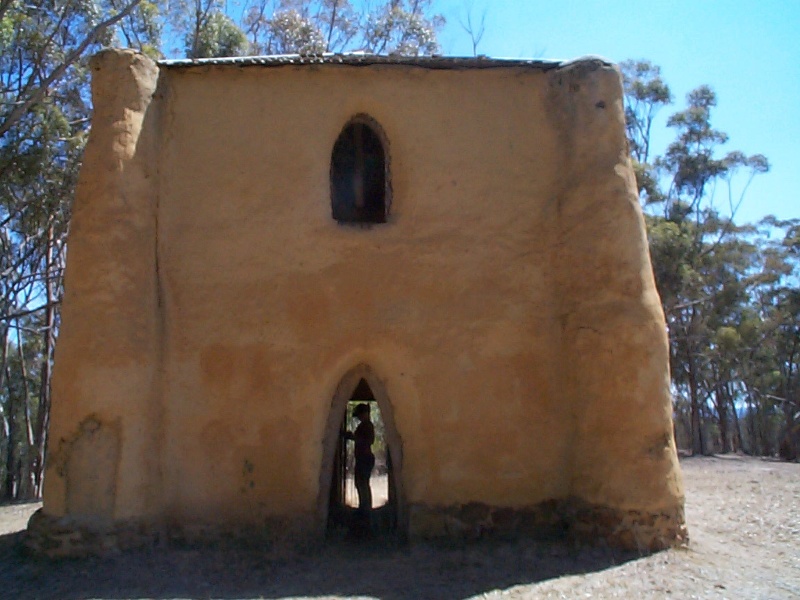 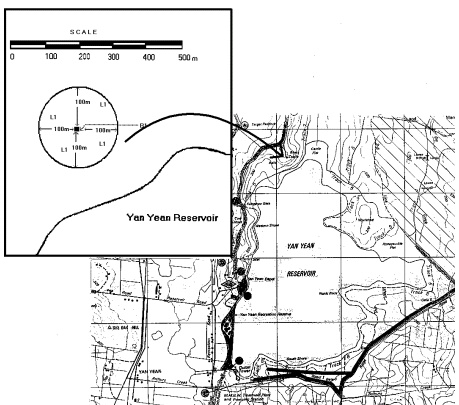 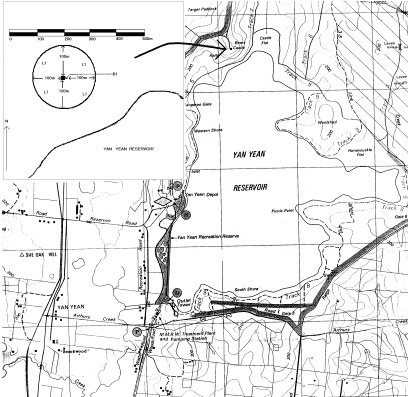 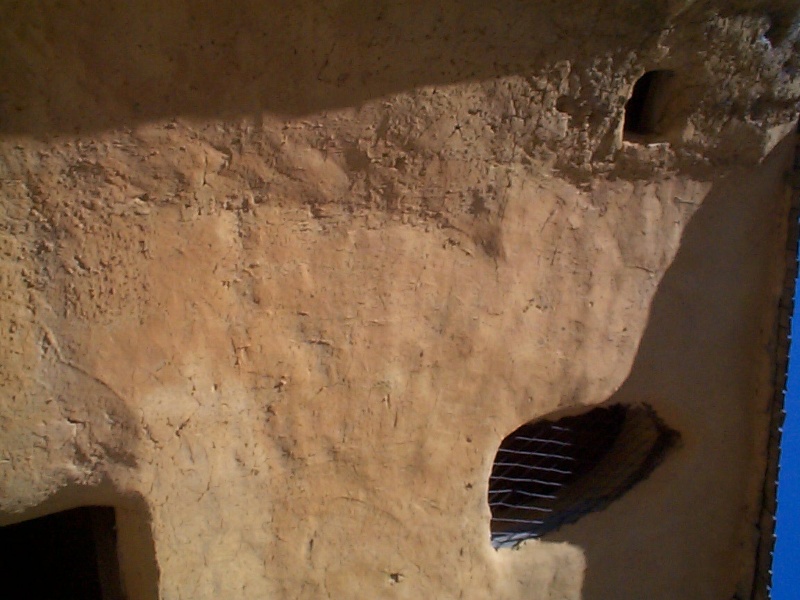 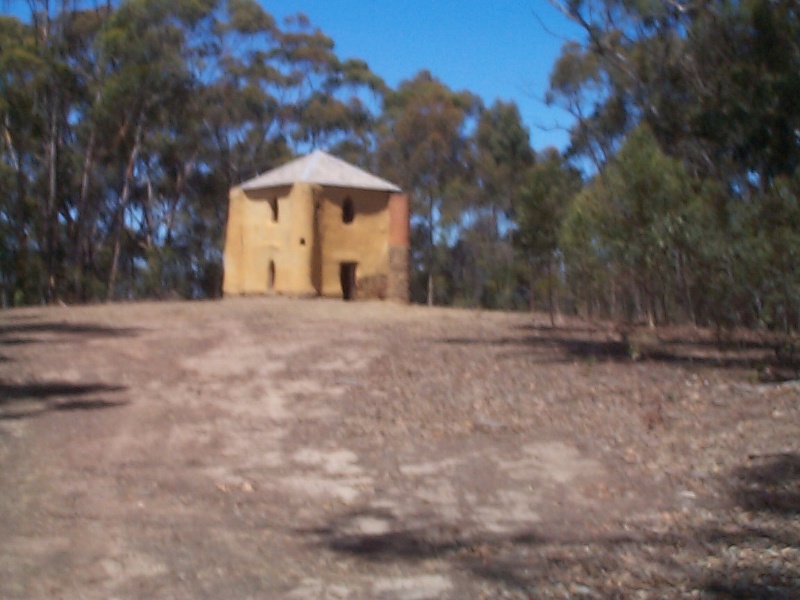 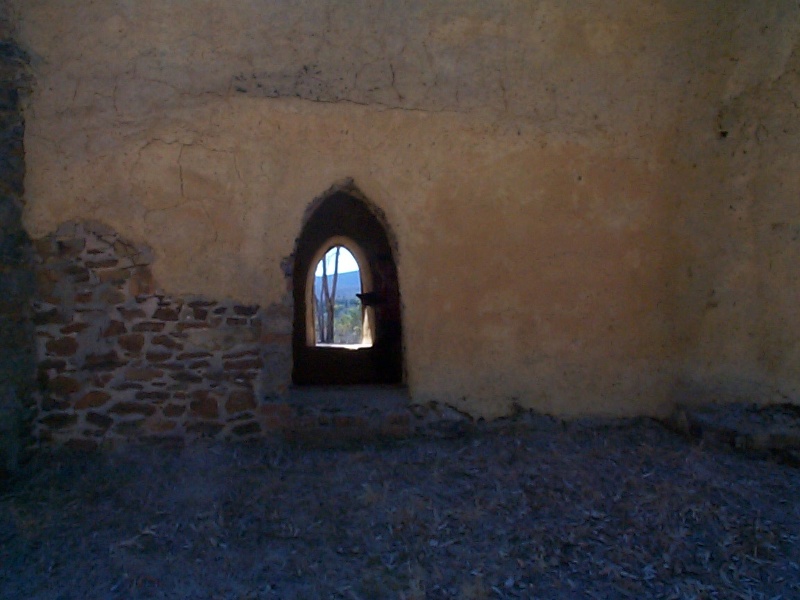 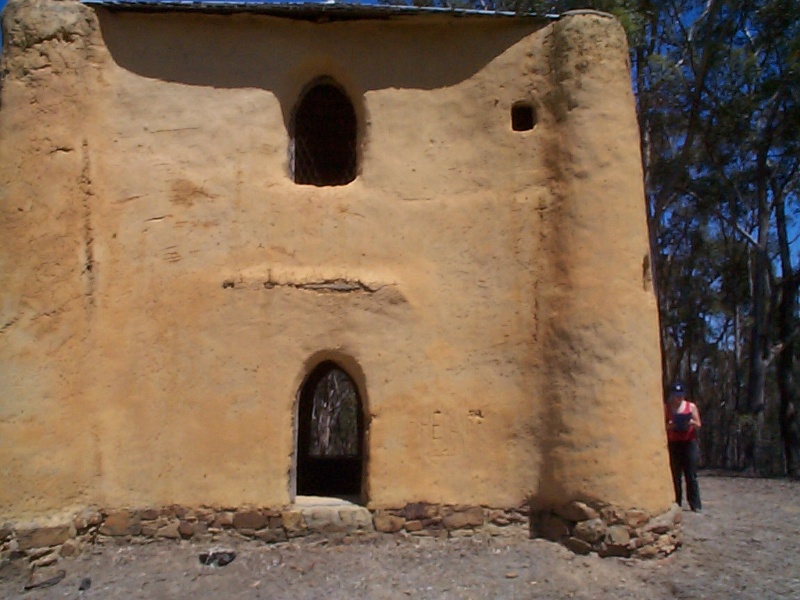 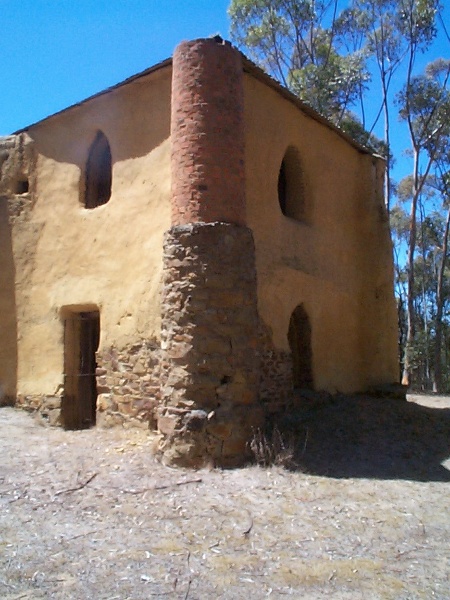 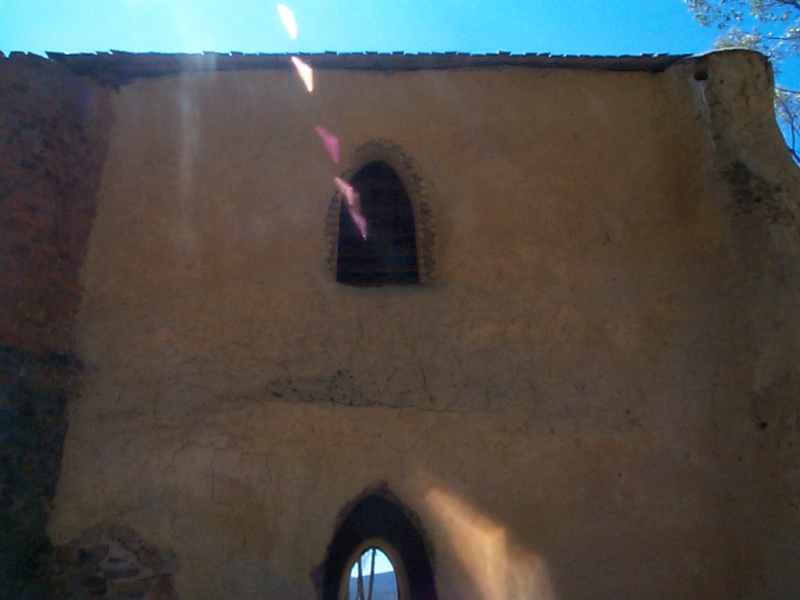 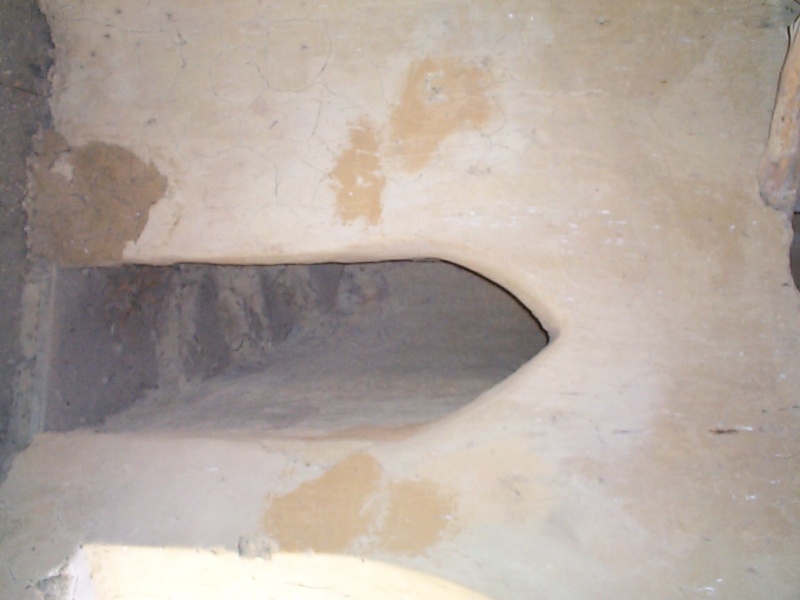 Bear's Castle was constructed in Yan Yean circa 1846 probably by two men, Hannaford and Edwards, who had recently arrived separately from Devon, England. It was built for John Bear an early pastoralist who had migrated from England with his family in 1841. Bear's Lookout (or Bear's Folly as it is also known), is a small, two storey structure roughly square in plan and occupying an area of less than 12 square metres. It is built of mud/clay - a common primitive building material apparently used extensively in the Whittlesea area and utilises a technique known as cob, popular in the builders' home town of Devon. Cob is a walling construction method using clay, straw, gravel and sand. The building was constructed to resemble a castle the result, it would seem, of a cursory remark by John Bear with a pyramid shaped roof and turrets at each corner - one with a stair and another in brick and stone with a chimney. Despite its name, it would appear that the building was never used as a retreat from danger although it might well have been used as a lookout for the monitoring of livestock or forest fires.

The building is of, architectural, historical and archaeological importance to the State of Victoria.

Bear's Castle is architecturally significant as a rare and outstanding example of a cob constructed building, further enhanced by its form and size, and is believed to be the only cob building remaining in Victoria. The building form is believed to be unique in Victoria not only because it is, arguably, Victoria's only example of a castle-keep, but also because of its aesthetic pointed arched openings built around forked tree branches.

Bear's Castle is historically significant because of its early, pre- gold rush construction date and its association with notable pioneering pastoralists, the Bear family. The Bears were responsible for establishing one of Victoria's earliest wineries (at Yan Yean) and are associated with Chateau Tahbilk, reputedly Victoria's oldest extant winery. As manager of John Bear's estate, John Duffy and his family occupied the building briefly from 1865 and this would appear to be the most significant use to which the building has been put. It is an excellent example of the importation of a building technique (cob construction) from another country through the direct migration of skills and the adaptation of that technique to the local environment. Bear's Castle is one of the oldest buildings in the Whittlesea Shire.

Bear's Castle is of archaeological significance due to its potential to yield evidence of its occupation by the Duffy family from 1865. It could also contain evidence of attachment points of building members which could further explain the building's construction and finishes.