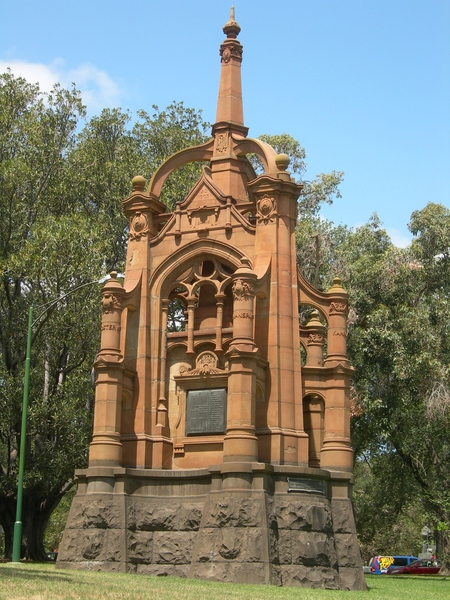 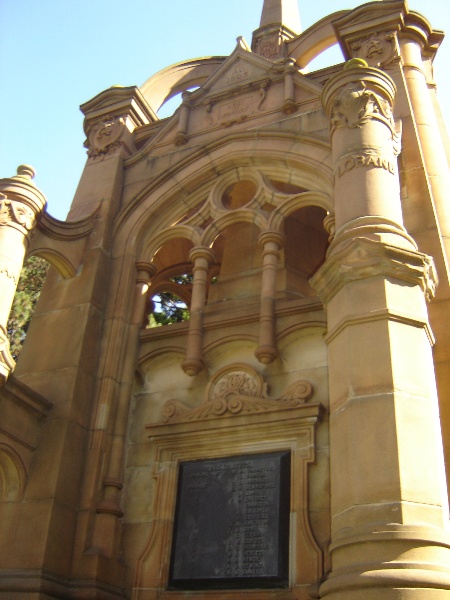 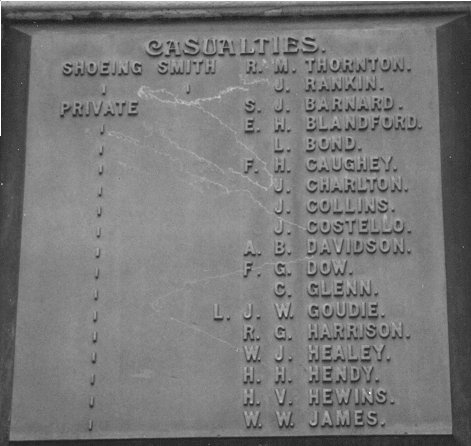 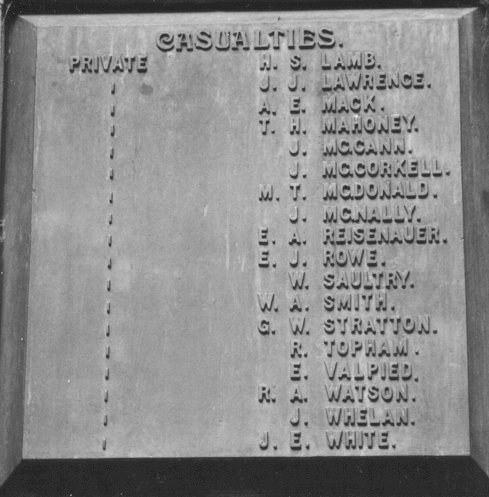 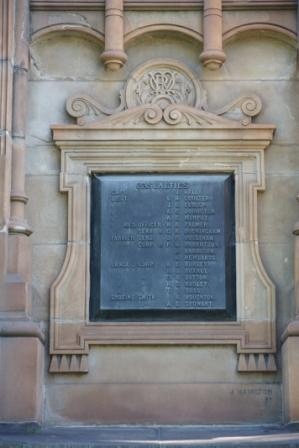 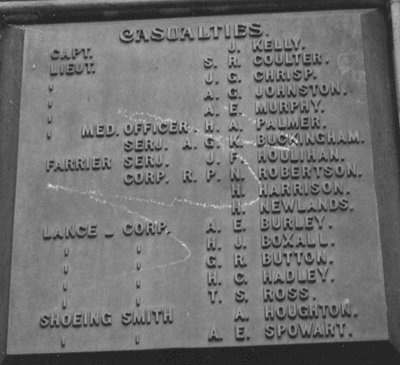 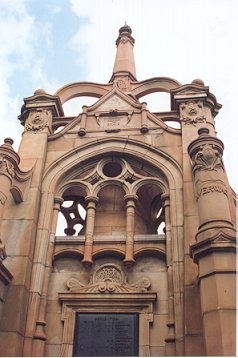 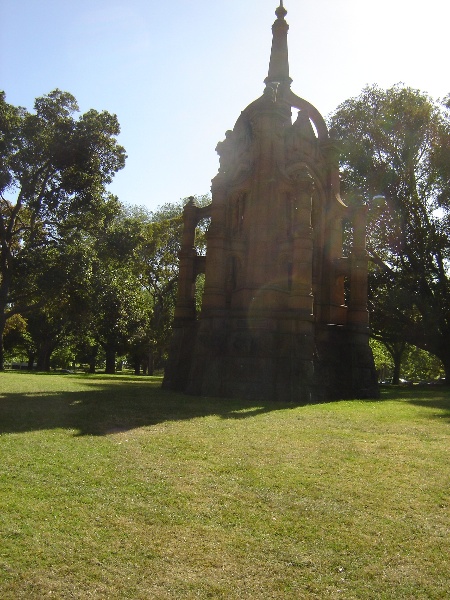 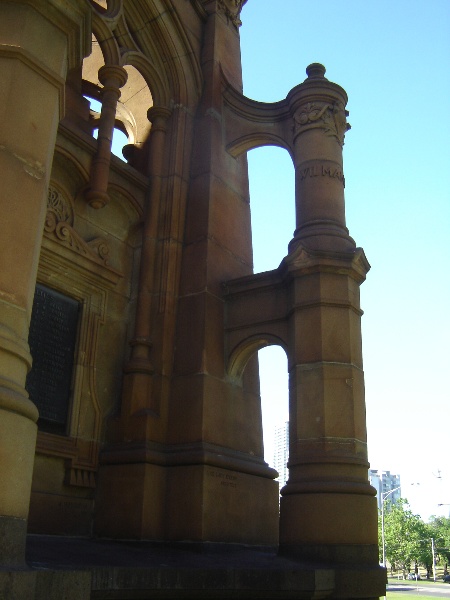 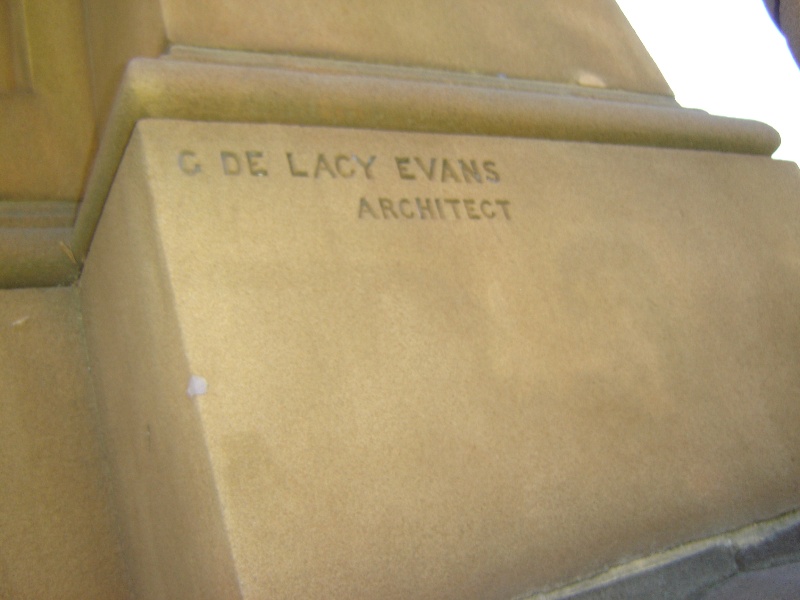 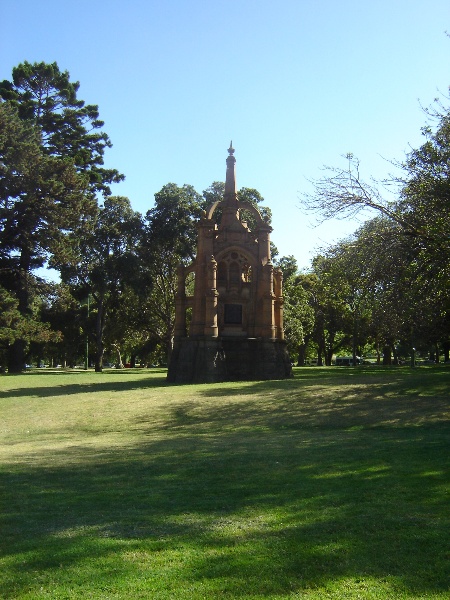 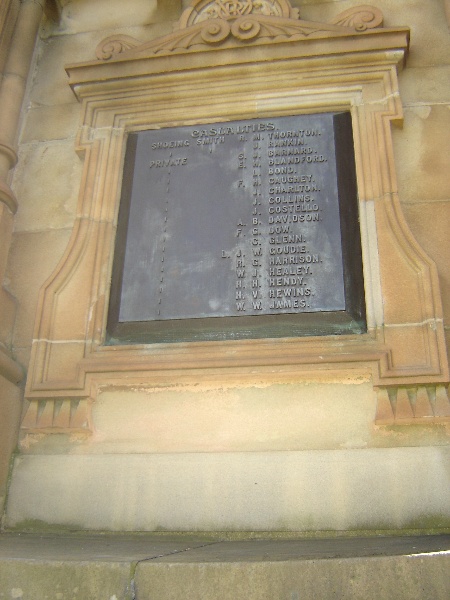 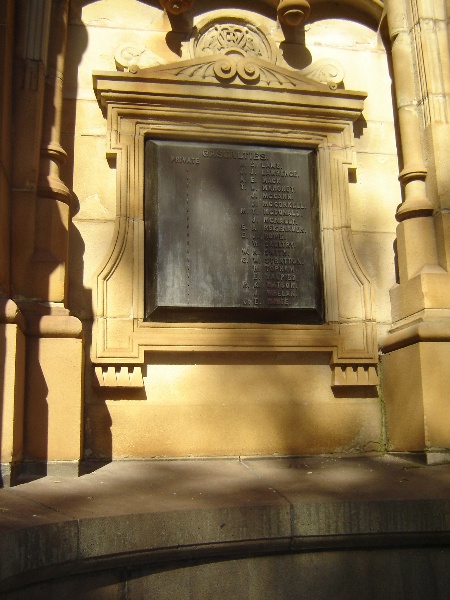 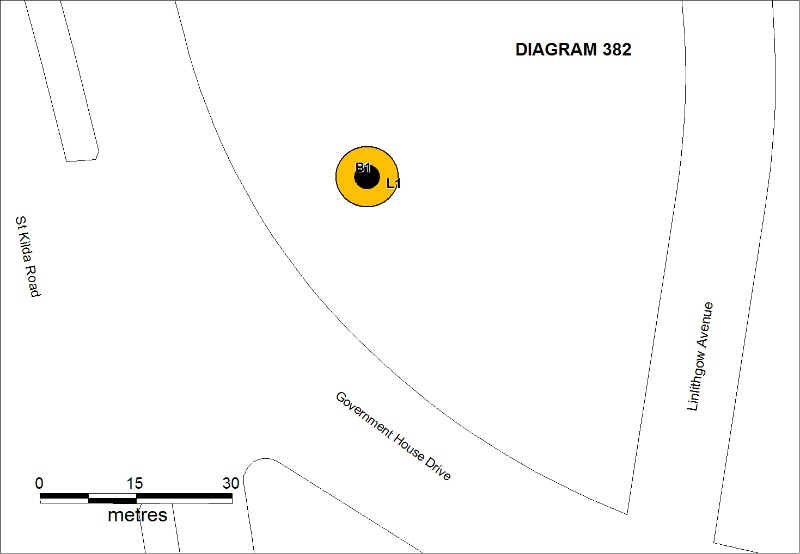 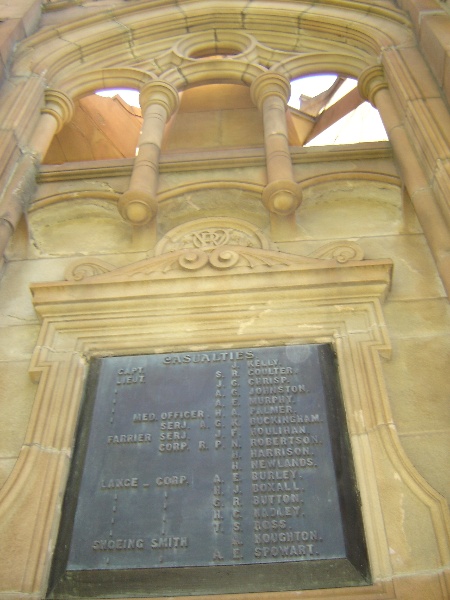 The Boer War Monument in St Kilda Road, located opposite the Victoria Barracks, was erected in 1903 shortly after hostilities ceased. The Boer War was the name given to the South African Wars of 1880-81 and 1899-1902 fought between the British and the descendants of the Dutch settlers (Boers) in Southern Africa. As part of the British Empire, the Australian Colonies offered troops in 1899 and the first Mounted Australian units arrived in South Africa in December 1899. At least 12,000 Australians served in contingents raised by the six colonies or (from 1901) the new Australian Commonwealth. It is believed that at least 600 Australians died in the campaign, nearly half (265) being from Victoria.

The Monument is very unusual in the Australian context as it was funded by the Victorian Mounted Rifles Regiment, rather than public subscription. The monument was "erected by the members of the 5th Victorian Contingent VMR in memory of their fallen comrades in South Africa".

The monument itself is made of sandstone with a bluestone base, and designed by the noted architect George De Lacy Evans. Evan's other works included Warehouses in Niagara Lane (VHR 473), the Sum Kum Lee Buildings in Little Bourke Street (VHR442), the Lygon Buildings in Carlton (VHR 406) and the Union Church in Elsternwick (VHR 704). The sculpture was completed by Joseph Hamilton who later described the monument as a 'tower'. The monument combines gothic elements, with piers, arches and flying buttresses sculpted in stone. Three bronze plaques list the dead, with their rank. The Victorians served in mounted units and this is reflected in the number of casualties amongst mounted soldiers, farriers and shoeing smiths. The names of the places in South Africa where the Victorians saw action are inscribed on the supporting pillars. The Victorian Military Badge has also been incorporated into the design, emphasising the fact that this is a Victorian rather than national memorial.

The monument was moved a few metres in 1966 to an embankment facing St Kilda Road to allow for road widening and is nowa garden setting.

The Boer War Monument is of historic and aesthetic significance to the State of Victoria.

The Boer War Monument is of historic significance to the State of Victoria as it commemorates the participation of Victorians in the Boer War.

The Boer War Monument is of aesthetic significance to the State of Victoria as a finely executed work by architect George de Lacy Evans and sculptor Joseph Hamilton.