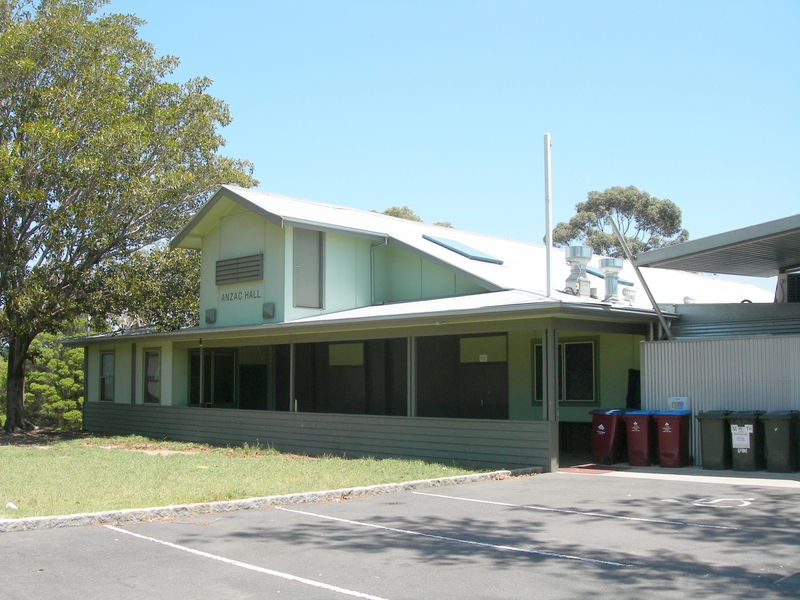 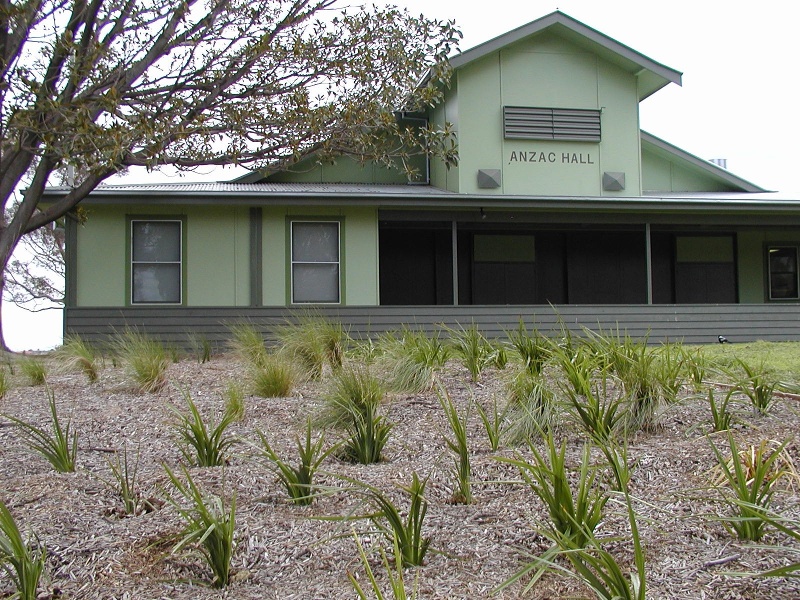 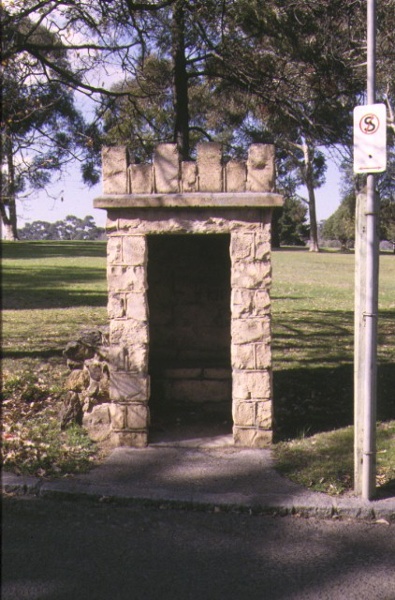 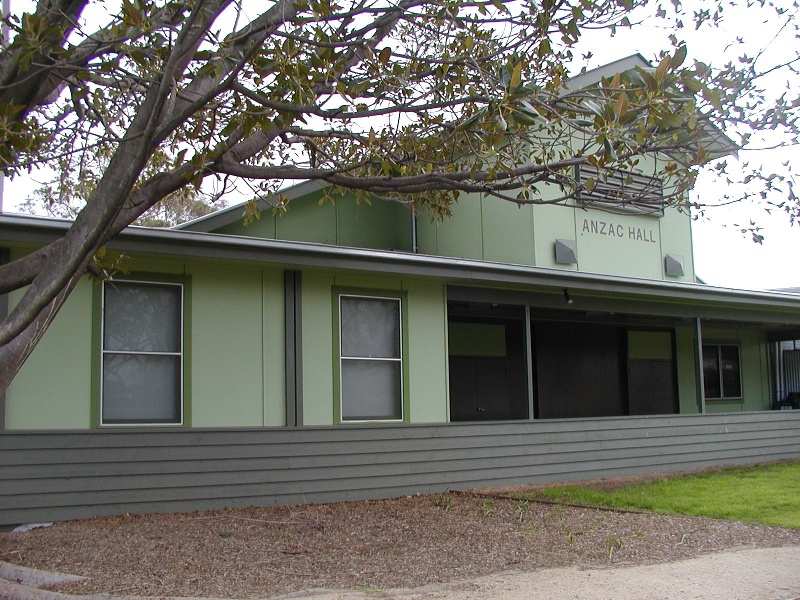 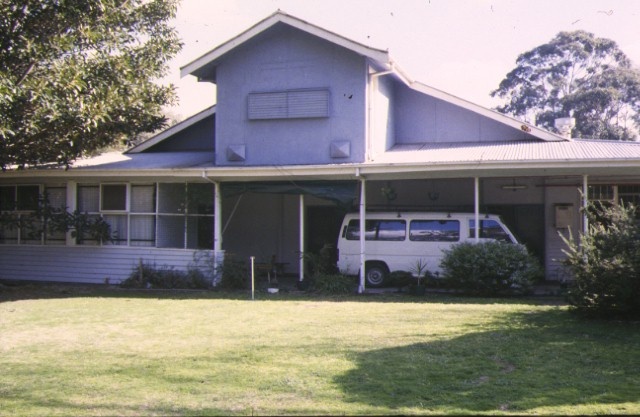 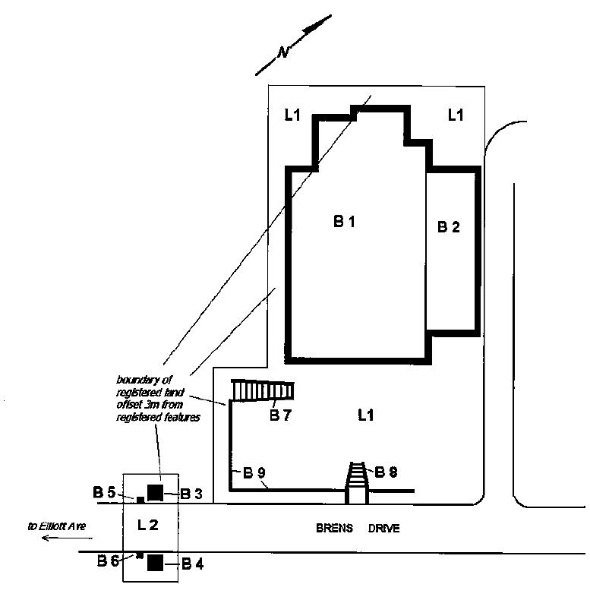 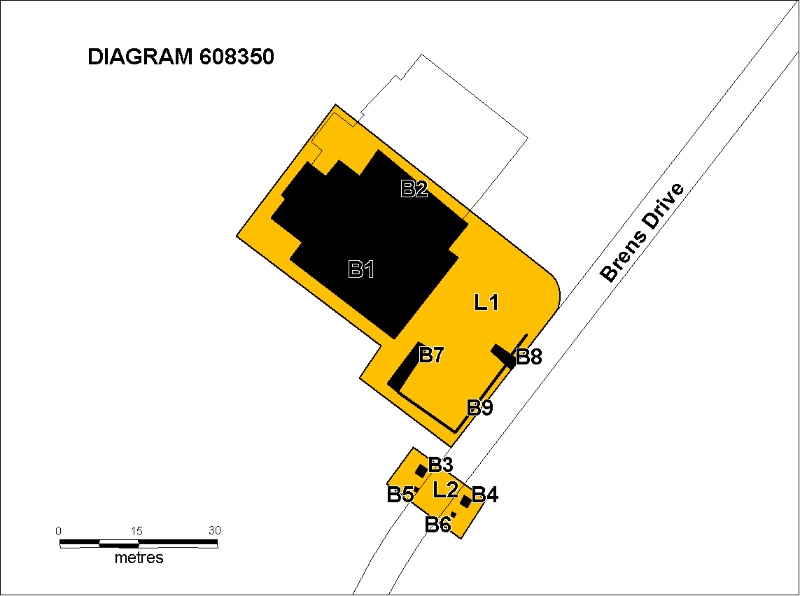 What is significant?
Anzac Hall was built in late 1940 or early 1941 on behalf of the RSL for use as a cinema and recreation hall for troops at Royal Park. In common with parks, showgrounds and racecourses across Australia, Royal Park was taken over early in the Second World War for defence accommodation purposes. Royal Park was offered to the Department of Defence by the City of Melbourne in April 1940 and by June was operating as a recruit reception depot with personnel accommodated in buildings and tents. In early 1942 a large part of Royal Park was used briefly as a staging camp for US troops on route to the Pacific. The Americans called their area Camp Pell, a name which immediately became associated with the military occupation of Royal Park. Anzac Hall is a simple and functional building principally of timber and corrugated iron very like recreation halls at other major encampments, its only unusual features being its composite timber and steel rod roof trusses and its sliding and folding door system. There are also some quaint stone sentry boxes, gateposts, stairs and retaining wall nearby. At the end of the war Royal Park became the principal demobilisation centre for all Victorian service personnel. After the war the larger area known as Camp Pell was used by the Housing Commission as
emergency housing until its demolition during a clean up campaign leading up to the 1956 Olympics. The army remained in its corner of Royal Park near Anzac Hall until 1958 when it moved its personnel depot function to Watsonia. The hall has been used ever since by the City of Melbourne for various community uses including the Urban Camp program which provides accommodation for country school children visiting Melbourne. At some stage a surplus army P1 type hut with a veneer of cream brick has been attached on the east side for extra accommodation and amenities.

How is it significant?
Anzac Hall is of historical, social and architectural significance to the State of Victoria.

Why is it significant?
Anzac Hall and its nearby sentry boxes, gateposts, stairs and retaining wall are historically important as the last vestiges of the extensive military occupation of Royal Park during the Second World War. The military use of parks, showgrounds and racecourses was a manifestation of "total war" which permeated all facets of everyday life. Physical remains of the once widespread military use of public spaces are now rare, particularly in metropolitan Melbourne.

Anzac Hall is socially significant for its associations with the entertainment of troops during the Second World War and with the benevolent role of the RSL in providing welfare and comforts to service personnel. It was the major recreation facility for a military camp primarily used for recruit reception and later demobilisation and as such was enjoyed by a wide cross section of service personnel.

Anzac Hall is architecturally important as an excellent and now rare example of a Second World War recreation hall. Its simple functional design and economy of materials recall the exigencies of wartime. Structural alterations have been minimal and the hall is still substantially intact. The surplus P1 type army hut which has been attached to the hall, although skinned in brick, further reinforces its military origins. The vernacular stone sentry boxes, gateposts, stairs and retaining wall, while typical of army landscaping, are rare survivors in the context of this public park.
Show more
Show less
All information on this page is maintained by Vic. War Heritage Inventory. Click below for their website and contact details.