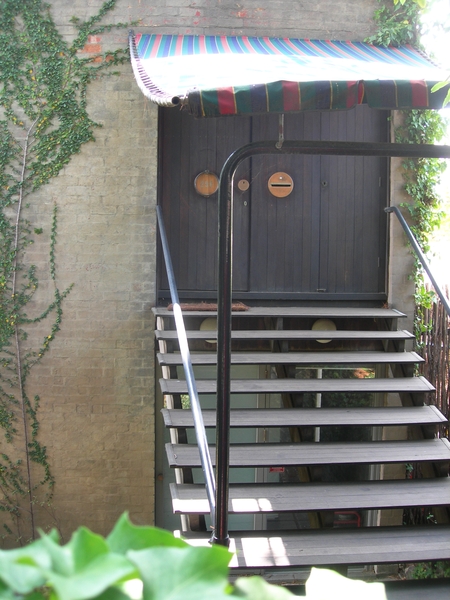 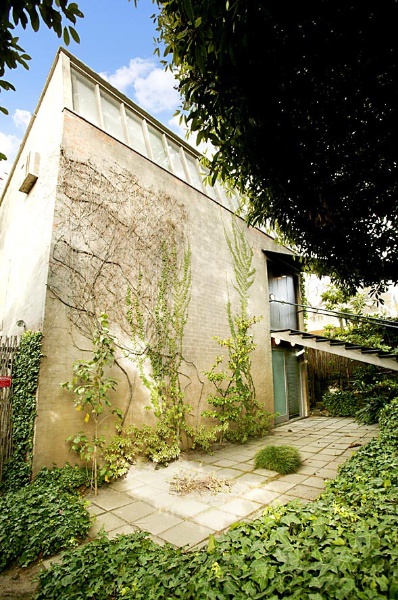 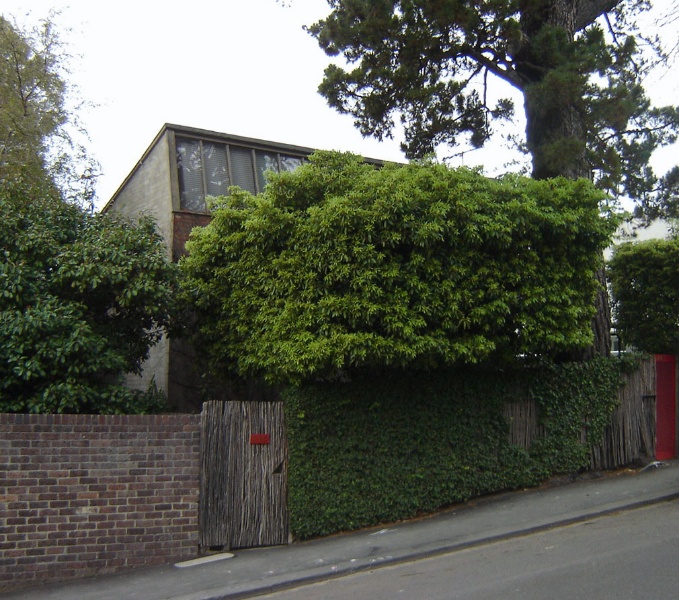 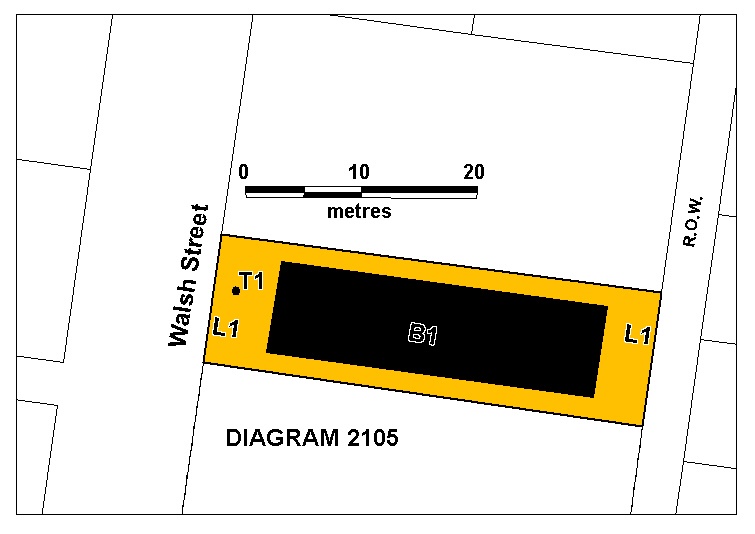 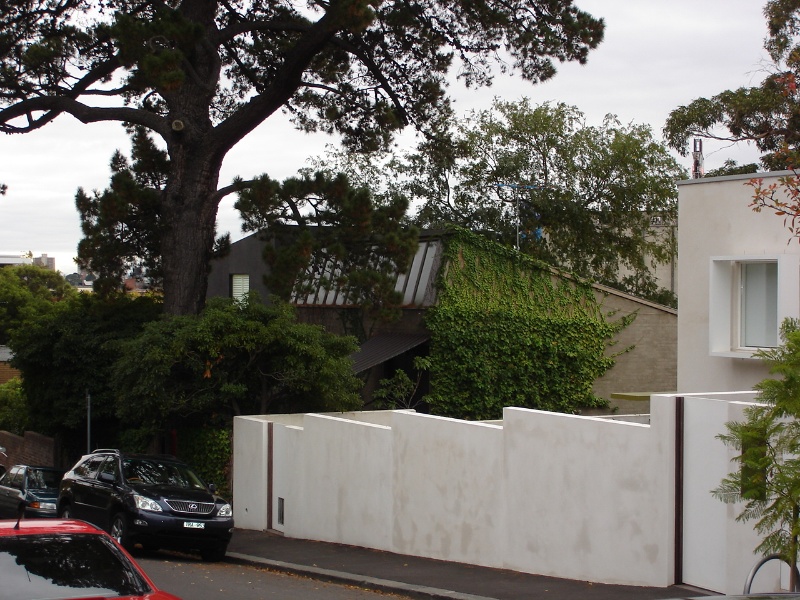 What is significant?
In 1958, architect and architectural writer and critic, Robin Boyd, built a house for his family on a narrow, sloping block of land in Walsh Street, South Yarra. The block was part of a small side garden annexed from a larger property, with the existing house retained to the north of the newly acquired Boyd site. Although a private garden was located on the south side, Boyd was aware of the possibility of future development. Located on the east side of Walsh Street, the sloping block had a view of the Dandenongs to the rear. These site features resulted in an introverted plan for privacy, withan emphasis on the rear view and an internal courtyard. The house was sited to preserve a still existing Monterey Pine (Pinus radiata) at the front.

This house was the second Robin Boyd designed for his family, the first being built at 158 (now 664-666) Riversdale Road, Camberwell in 1946 (H0879). Influenced by architectural trends overseas, Boyd was a supporter of the functionalist manner of the International Style, although he viewed it in an Australian context. At Camberwell he experimented with open plan living, adopting a stretched linear plan of two interlocking rectangular blocks. In response to this, Boyd's South Yarra design used zoning to temper the effect of open planning on adults and children living together in a family house.

At Walsh Street, Boyd divided adults and children into two zones, separated by an open courtyard. This tripartite design was tied together by a single cable-hung roof which flowed from the two storey section at the front to the single storey section at the rear, with an opening over the central courtyard. In 1963, Boyd described his family plan in terms ofthe creation of mutual privacy within one shared home. To accomplish the separate parent and children zones, Boyd employed an innovative tension roof structure of cables draped from the front of the house to the back, tied at the ends to steel frames and propped at intervals by timber posts. Catenary curves of timber planks supported on wire cables resulted between the supports. Side walls are constructed of cavity brick, originally painted in earthy tones both inside and outside, and internal walls are of jarrah lined timber. Joinery is of limed mountain ash, the lower front section has a brick floor and the roof is of built-up felt over timber decking.

The introverted nature of the house is emphasised by the brutal front brick facade with an asymmetrically placed, canopied flight of splayed stairs leading to the front door and a strip of high windows. As a result, the form of the building cannot be fully understood from the street and the intimacy of the interior is not evident. Internal spaces are orientated inwards to the courtyard, itself a distinct space within the building, and fully glazed walls allow visual communication between the two separate building blocks through the courtyard. They also allow the controlled penetration of daylight, with little direct sun entering the front section of the house, but plentiful, diffuse light being reflected from the court. The external view to the east of the property is cleverly utilised from the upper level space, through the courtyard aperture and beyond.

The two-level, front section of the house contains a floating platform, visually suspended in the space, allowing it to be read as one volume. This platform, at entry level, contains the combined formal living area, master bedroom and Boyd's study, and is set in from the side walls with the strategic and permanent positioning of furniture used as balustrading. This platform projects as a cantilevered balcony, originally unbalustraded but now balustraded along its length, into the courtyard space. Stairs lead down to the less formal family, dining and kitchen space, from which access is provided to the central courtyard. The side walls of the court are glazed, obscure on the north for privacy, and covered walkways either side lead to the rear children's section of the house. The latter is also glazed to the courtyard, with a bedroom and study directly accessed from the court, and two more private bedrooms and a bathroom accessed from the study. A space for two cars is located under the rear section, with access from the lane behind.

The courtyard provided an external living area and originally included a grassed area and a section of red gum block paving, flanked by vegetation in pebbled beds, and brick paved side paths. The grassed section was replaced at a very early stage with large, irregular slabs of slate.

On Robin Boyd's death in 1971, his widow Patricia continued to live in the house until it was sold in 2004. It was purchased by the Robin Boyd Foundation Limited formed by the National Trust of Australia (Victoria).

Few changes have been made to the house. The bathroom in the rear section was remodelled in the late 1970s or early 1980s by architect Guilford Bell.

The Robin Boyd II House, Walsh Street, South Yarra is of architectural and historical significance to the State of Victoria.

The Robin Boyd II House, South Yarra is of architectural significance as one of the most innovative houses built in Victoria in the post war decades and as one of the most important houses designed by prominent Melbourne architect and architectural critic, Robin Boyd. Designed for himself and his family, it exemplifies many of the theories espoused in his extensive writings and is an outstanding and unique example of his structural-functional architectural type. It clearly displays his theory of a single controlling structural idea, in this case a highly innovative draped roof supported on cables, which encompasses a central courtyard and two distinct zoned areas, one containing a floating platform. The cleverly conceived courtyard house exhibits structural clarity, radical zoning, flowing spatial arrangements and incorporates the inventive use of materials, detail and built-in furniture. As one of a number of innovative and influential modern houses designed in Melbourne in the 1950s and 1960s by a group of progressive architects, it is an important example of modern design inserted into an established suburban area and is innovative in its response to a narrow inner suburban block. It is also significant for its integrity and the intactness of its structure.

It is significant for the furniture, built-in furniture and other objects, detailed in a Collection Schedule of Furniture and Items at 290 Walsh Street South
Yarra by the National Trust of Australia (Victoria). The house contains a collection of manuscripts, architectural plans and other archival material, which has not yet been recorded in an inventory.

The Robin Boyd II House is of architectural significance as a house of international importance as shown by its inclusion in such journals as Japan Interior Design in 1962, The Architectural Review, London in 1960 and 1963 and J M Richard's New Buildings in the Commonwealth, London 1961. Its inclusion in such Australian journals as Architecture in Australia and The Australian Journal of Architecture and Arts ensured its importance at a national level. Its inclusion as an example of 20th century domestic work in Australia in later editions of the authoritative British book, Banister Fletcher, A History of Architecture, confirms its continuing international significance.

The Robin Boyd II House is of historical significance for its direct association with acclaimed architect and architectural critic, Robin Boyd, a member of a well known Melbourne family of artists and writers. He lived there from 1959 until his death in 1971 and the house then remained in the Boyd family until 2004. For much of his career, Boyd was Australia's best known architect, and is arguably the most influential architect there has been in Australia. Well known for both his buildings and his writings, he became a leader of his profession. Boyd also influenced the general community through his prolific writings about architecture and the environment, in which he challenged Australian complacency and became an arbiter of taste and standards.