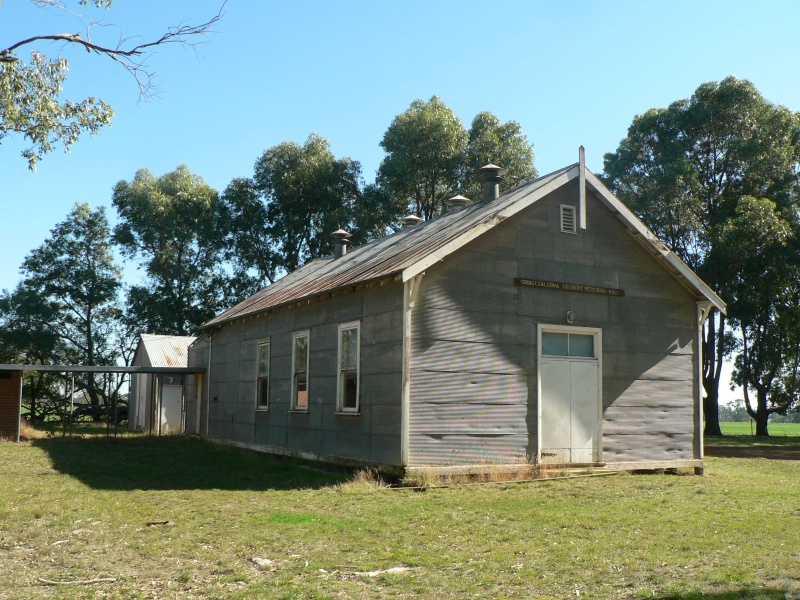 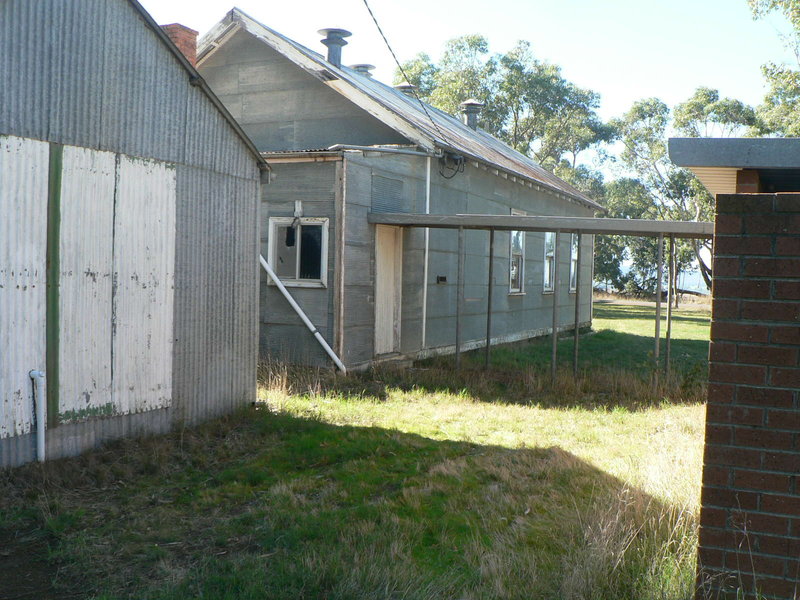 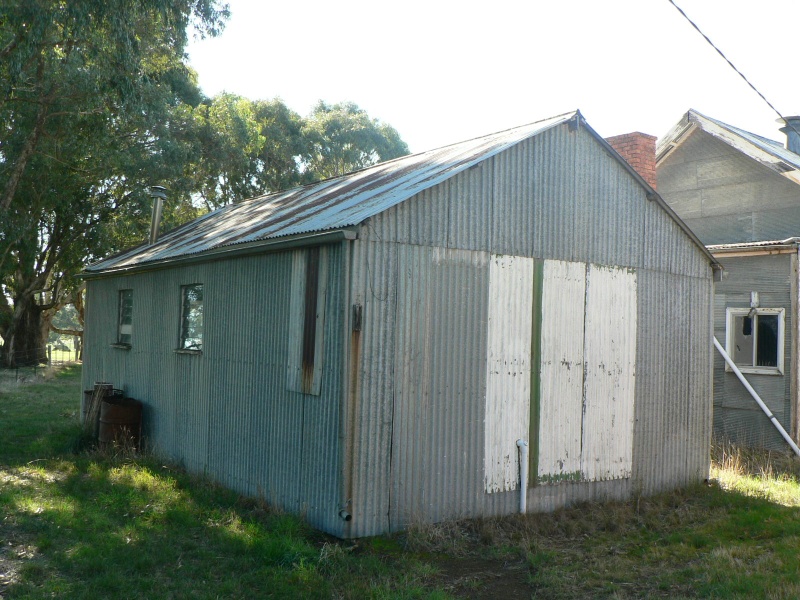 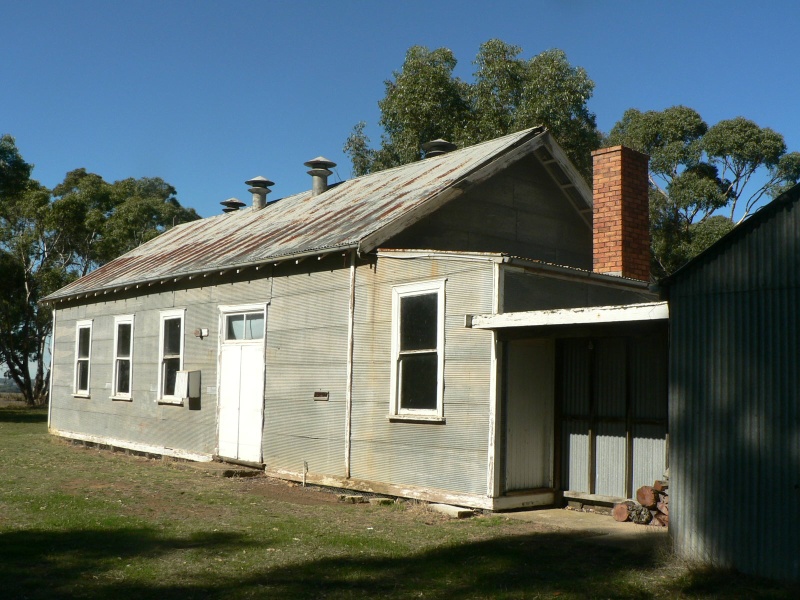 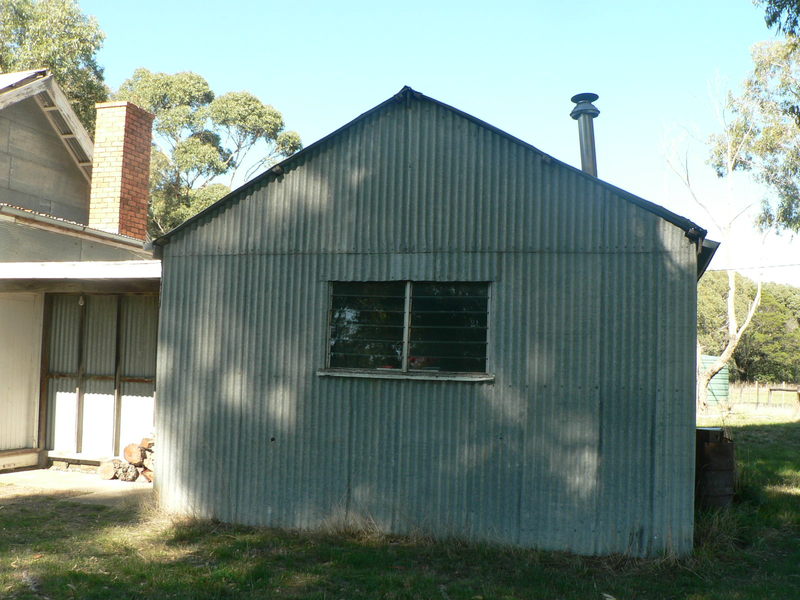 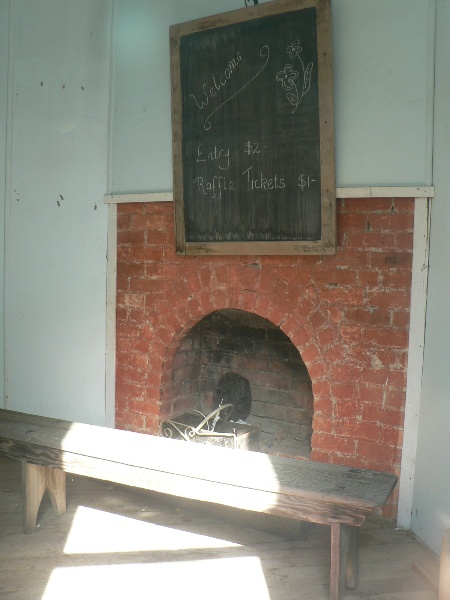 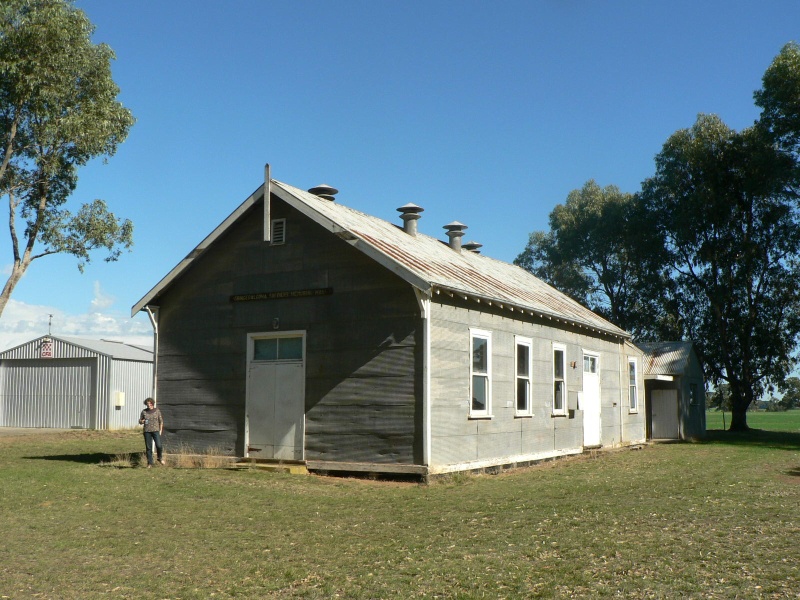 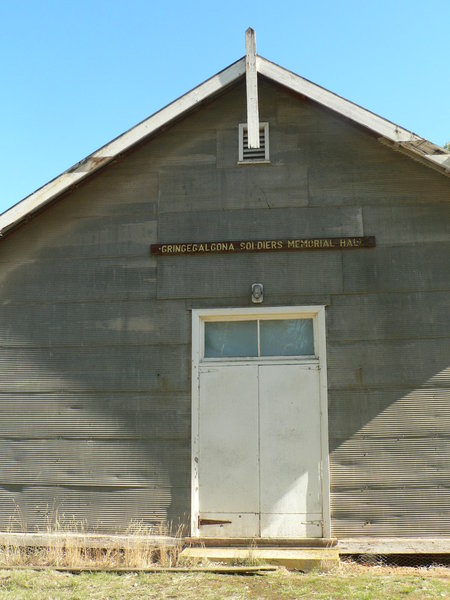 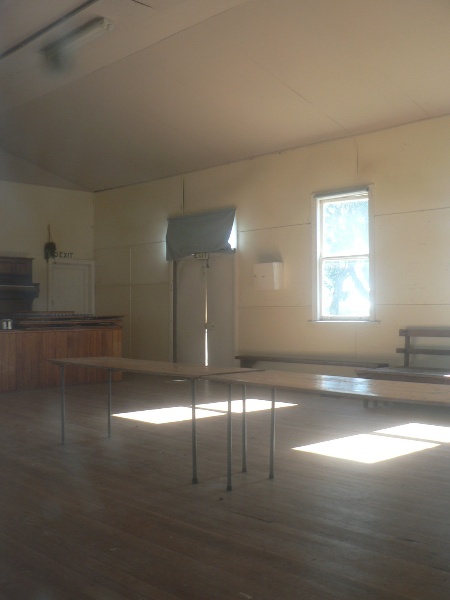 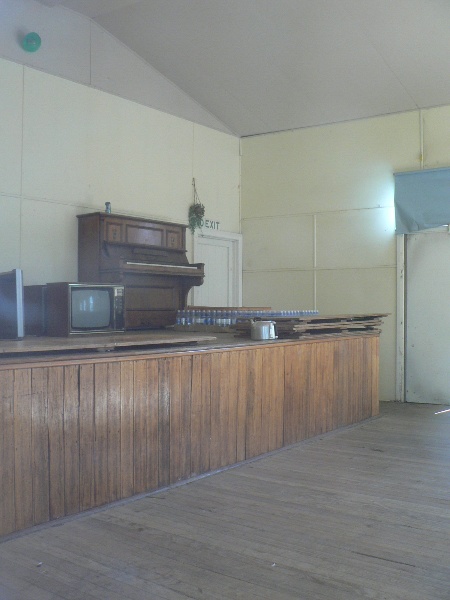 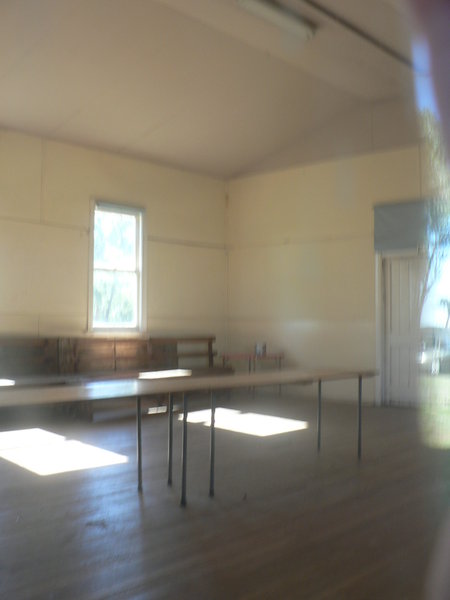 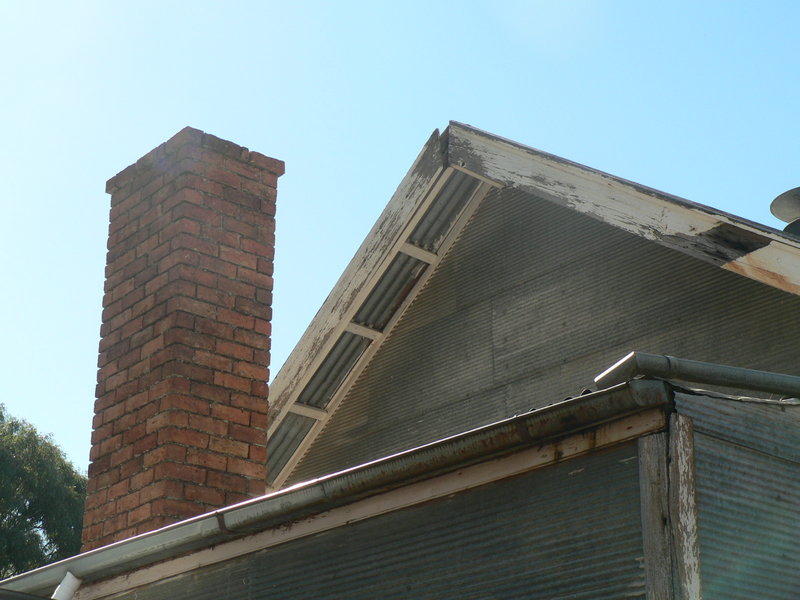 The Gringegalgona Memorial Hall is located on the west side of the Coleraine-Balmoral Road, just north of the intersection of Gringe Dip Road. The land, comprising one acre,was granted by the CRown to five trustees: John James Smith, Henry Joseph Brody, Alexander John Watt and William Toleman from Gringeglgona and Michael Byrne of Brit Brit. Toleman appears to have given the land. The hall was built in 1925 by these returned soldiers and theirfamilies at a time of great personal hardship. Money was raised by the community, the simple design was prepared by Vine Yuill, a returned soldier, and the builder was a Mr Burgin whose tender was ₤490. The hall is typical of the period, strictly utilitarian in its plan and uses vernacular materials without elaboration. It's use of Ripple Iron as cladding for the walls is distinctive. It has a separate supper room and kitchen at the back. Modern toilets are located to the south and, at some distance, a modern CFA fire engine shed. The complex has been used for a very wide range of community uses over the years. These declined in the 1960s with the advent of better transport and television.The hall is very similar to other nearby examples at Melville Forest and Tarrenlea. It can be compared with many other public halls or different sorts within the Southern Grampians Shire, including some built as memorials after both world Wars. The main hall retains an excellent degree of integrity, is largely intact and is in good to fair condition. The supper room is more altered but is still substantially intact. A plaque mounted on a stone near the Hall lists the names of the returned soldiers who took up land on the blocks subdivided by the Soldier Settlement Board in 1920.

The Gringegalgona Memorial Hall is of historical, architectural and social significance to the Southern Grampians Shire.

The Gringegalgona Memorial Hall is of historical significance for marking the conclusion of one of the most important events in the twentieth century and the commemoration of those who fought and died in the First World War. It is of architectural significance for its use of vernacular forms and materials, typical for its period. It is of social significance for representing the efforts of a small community, at a time of great personal hardship, not just to memorialise those who fought and died but to provide a focus for people to enjoy the peace which followed. The hall came to be used for all sorts of local events. It is of social significance for the donation of land by a local family, William Toleman being one of the successful returned soldier settlers .