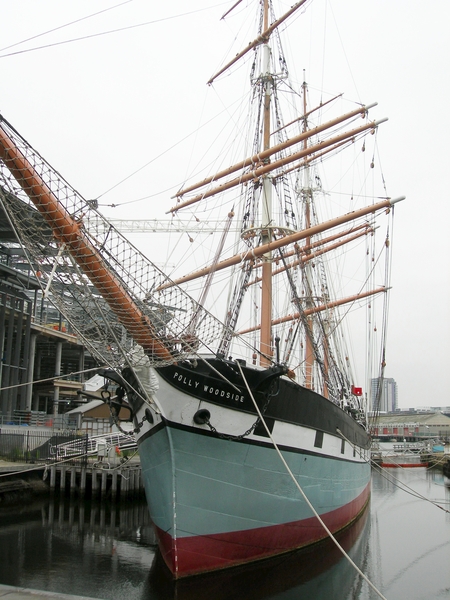 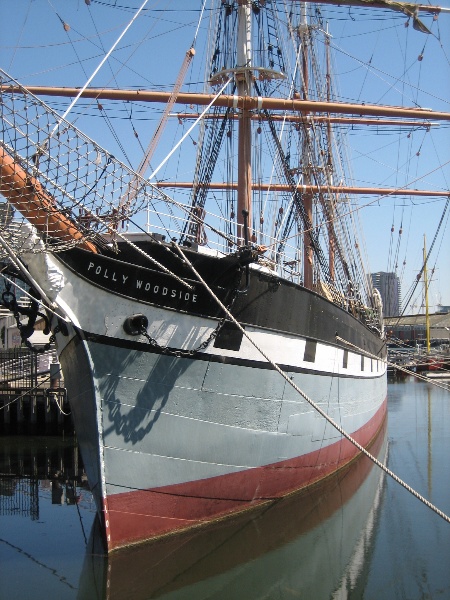 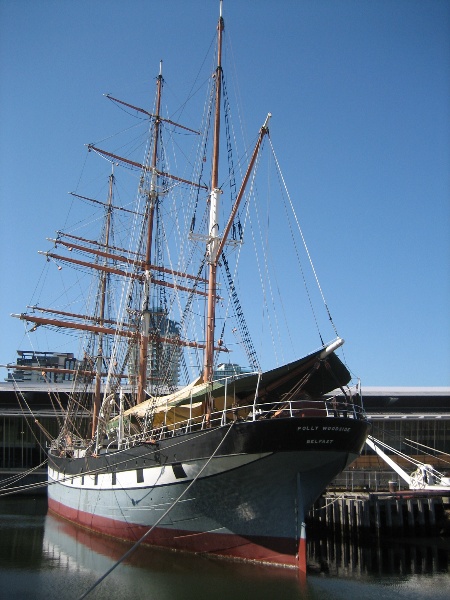 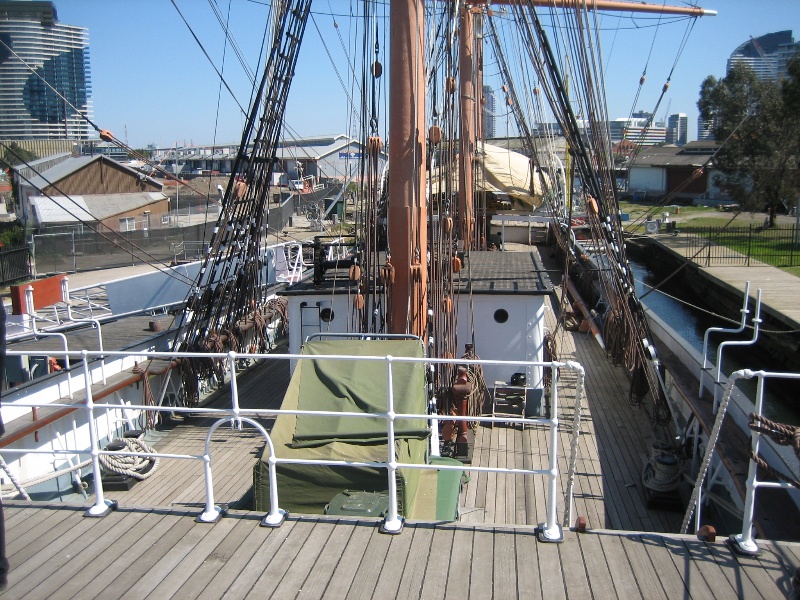 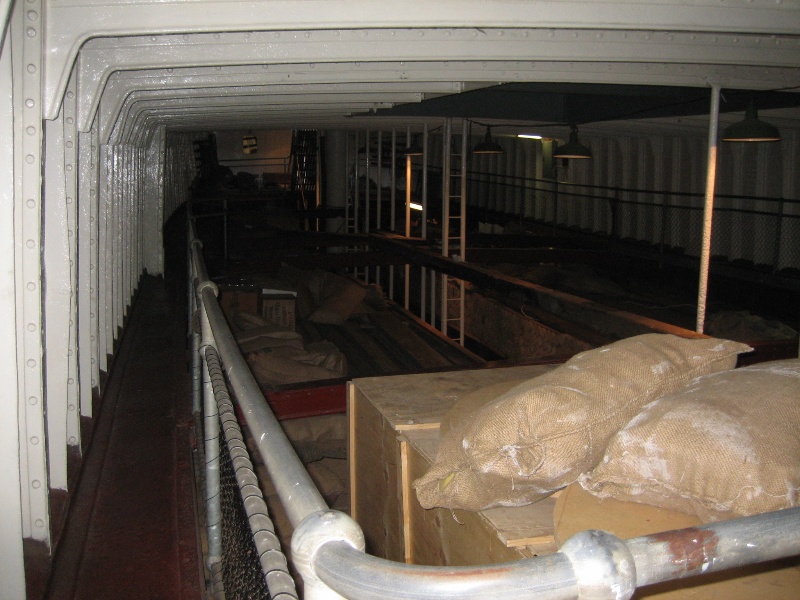 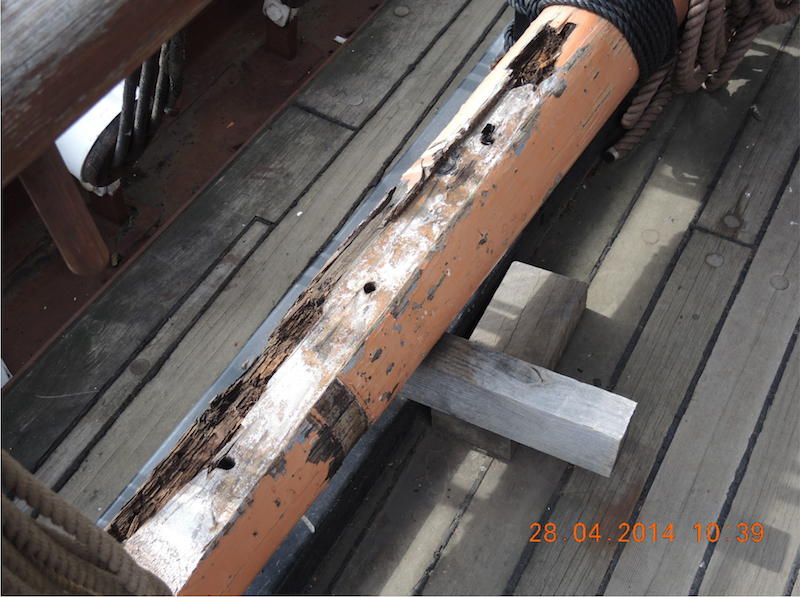 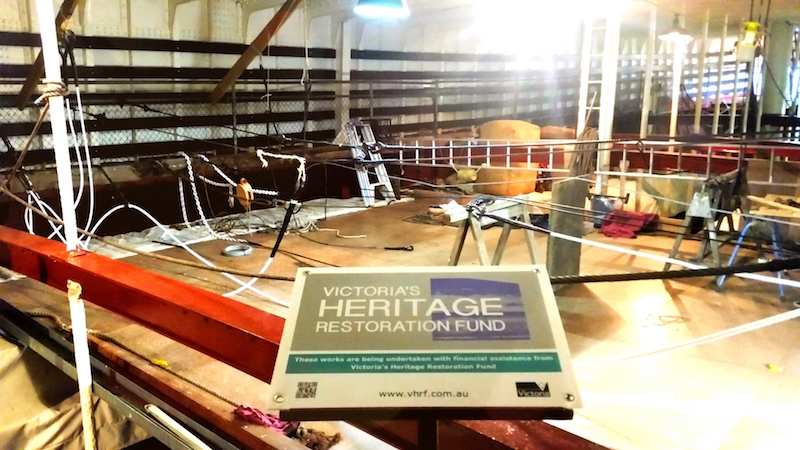 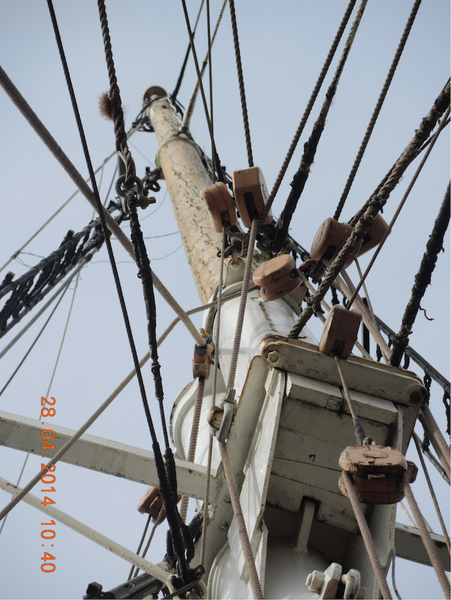 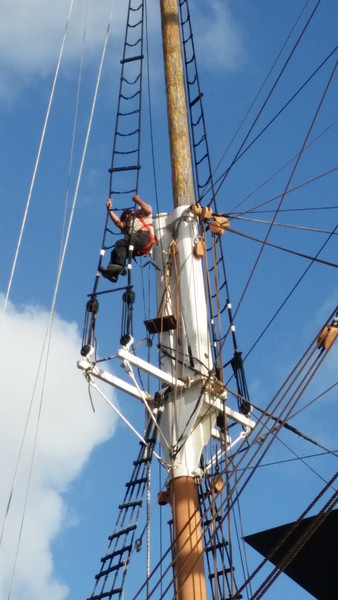 What is significant?
The Polly Woodside was built in Belfast in 1885 by Workman Clark & Co Ltd for William J Woodside, and operated as a cargo vessel, initially carrying coal, nitrate and wheat between England and South America, and also visiting North America, Africa and Australia (Newcastle, N S W). In 1904 the ship was sold to a New Zealand company and renamed Rona (a Maori name) and until 1921 sailed mainly between various ports in Australia and New Zealand. In 1923 it was dismantled to become a coal hulk, and towed to Melbourne. The ship was temporarily requisitioned by the Royal Australian Navy during the Second World War, and used in New Guinea as a refuelling barge for navy ships, then returned to being a coal hulk in Melbourne. In 1968 the National Trust of Australia (Victoria) purchased the ship for one cent. It underwent extensive restoration, most of which was done by volunteers, and in 1978 was opened to the public, moored permanently at the 1875 Duke's & Orr's Dry Dock at Southbank. In 1988 the Polly Woodside was awarded the World Ship Trust Medal for supreme achievement in the preservation of maritime heritage.

The Polly Woodside is a three-masted iron barque with a clipper bow and rounded counter-stern. The hull is of riveted wrought iron, with clinker built (raised and sunken) plates. The three lower masts are of steel, the topmasts, topgallants and royals are of wood. The ship's registered gross tonnage was 678 tons. The hull length is 59 m (192 ft), overall length is 70 m (230 ft), beam 9 m (30 ft) and draft laden 4 m (14 ft). The main mast is 37.2 m high. The estimated area of sail when all sails are set is 1110 sq metres (12,000 sq ft). The ship has been restored, but is not currently in sailing condition.

How is it significant?
The Polly Woodside is of historical, scientific (technological) and social significance to the State of Victoria.

Why is it significant?
The Polly Woodside is of scientific (technological) significance as a rare surviving example, and one of the best examples in the world, of a nineteenth century barque rigged, iron-hulled, ocean-going trading ship.

The Polly Woodside is of historical significance for being representative of the type of ship that that serviced Victoria through the intercolonial and international trade in the late nineteenth and early twentieth century. These ships were once very common as the kind of vessels which carried most of the world's bulk cargo in the late nineteenth and early twentieth century. As they became obsolete to steamships their numbers diminished and the Polly Woodside is now only one of less than ten known surviving examples world wide.

The Polly Woodside is of historical significance for its long association with the Port of Melbourne, first as a trading ship, then as a coal hulk and lately as part of Melbourne Maritime Museum.

The Polly Woodside is of historical and social significance for its links to Victoria's maritime history. The Polly Woodside is representative of the many thousands of ships that linked Victoria with the rest of the world through trade and immigration throughout the latter half of the nineteenth century.

The Polly Woodside is of social significance for the public support it received for its preservation and conservation , for its contribution to the development of historical maritime skills, and as a popular tourist destination since 1978.