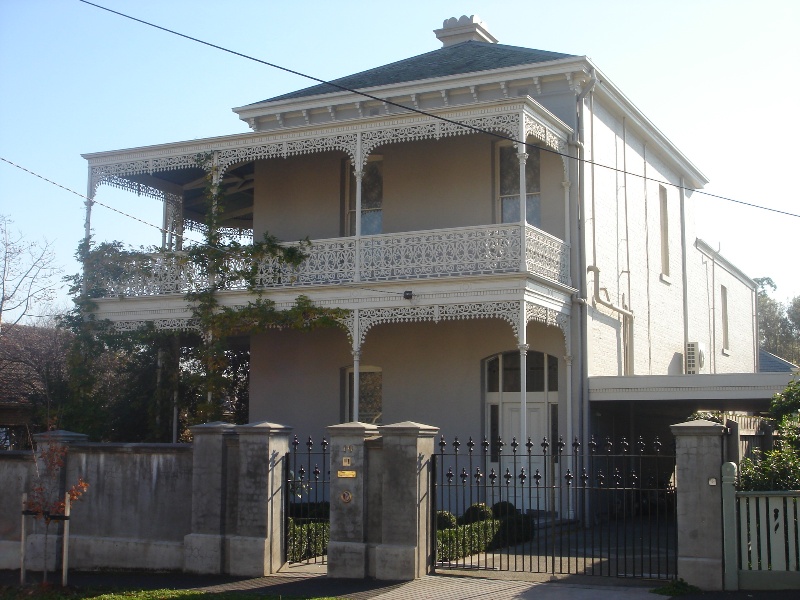 Stanmore, 19 Oak Street, Hawthorn, is of local historical and architectural significance as a fine and relatively externally intact example of a large Victorian villa. Its planning and design demonstrate the approach to siting substantial homes in prominent hilltop positions and the advantages such a site afforded. While the extensive gardens to the west of the house have been subdivided, an understanding of the setting is still appreciated from the deep side garden area. Stanmore combines more typical construction and Italianate styling with an unusual single-fronted form and an impressive cast iron verandah with intact cast iron work and canted bay. Its highly visible two-storey form in an otherwise single-storey context contributes to its landmark qualities.