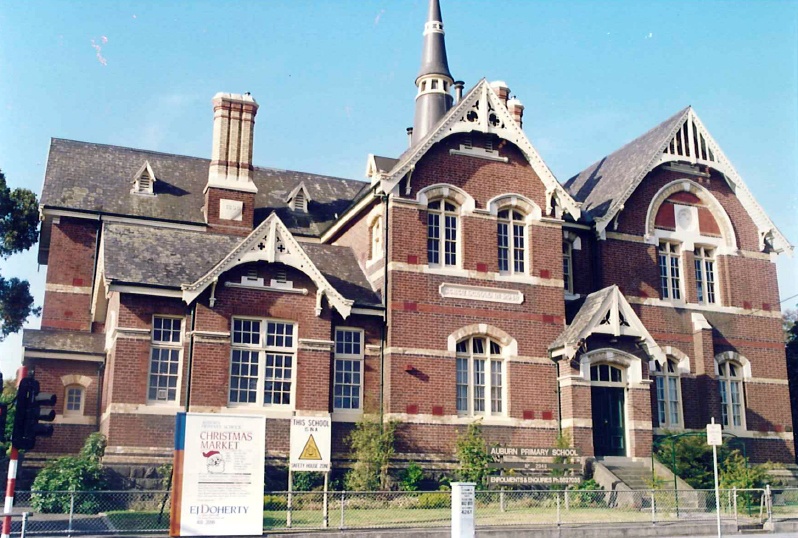 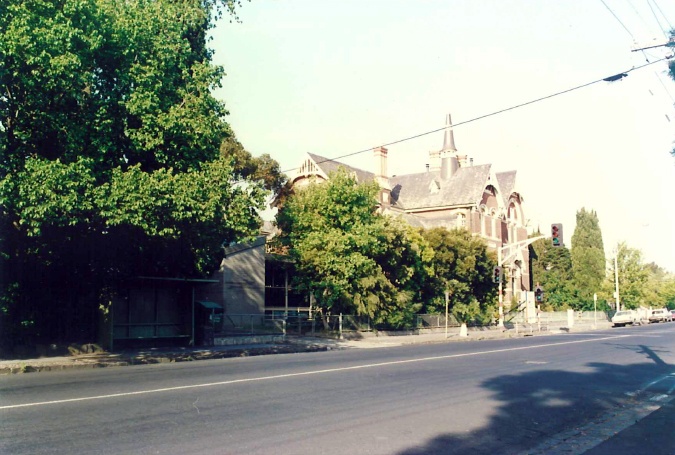 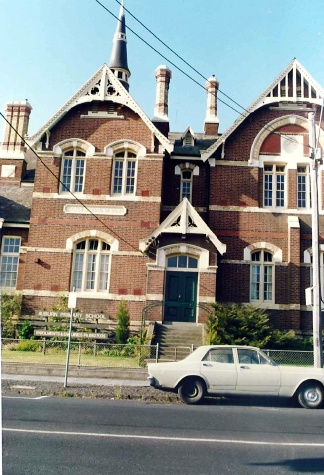 1. Architecturally significant as one of the best examples of the two storey picturesque Gothic schools, a style strongly encouraged by the new powerful Education Department from 1872. A late example of this style.

2. Socially significant for its community focus in the Rathmines Village area.

The Harcourt Street Precinct, Hawthorn, is an area of heritage significance for the following reasons:

- Harcourt Street features a concentration of nineteenth century mansions of a high level of design, a number of which retain expansive grounds.

-The mansion houses are interspersed with series of distinctive and substantial Federation designs, and interwar houses in Tudor and related modes.

- The southern part of the precinct is notable for smaller middle class houses on Rathmines Road, Auburn Road, some with miniature arched tower-form porches of a type occasionally seen in Canterbury and Kew. These are accompanied by broad single-fronted, single-storey verandahed Italianate middle-class housing in Bayview Avenue and Molesworth Street. This stock is largely intact, usually with stonepatterned timber facades or polychrome brickwork, often with mature gardens and sometimes with original fencing.

- The mansion designs by the noted architect John Beswicke, in an Italianate mode that complemented his designs for Hawthorn and Camberwell Town Halls and the Glenferrie and Auburn shopping centres. The south and west end has similarly vigorous and distinctive designs by a later generation of architects, as well as the Auburn Primary School at 51 Rathmines Road, built in stages from 1890.

-The character of the area is enhanced and rendered distinctive by broad kerbside lawns and mature street trees, arching over Harcourt Street and Higham Road within the precinct boundaries. The William Angliss Reserve, adjacent to the precinct at its east end, visibly separates the precinct from neighbouring areas and reinforces its garden character.