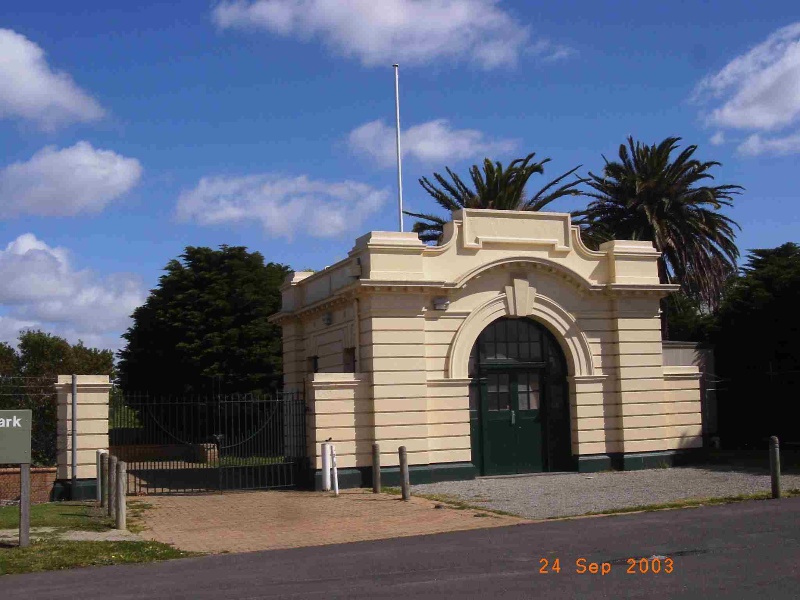 The Newport A & B Power Station complex (former) comprising the gatehouse, associated railway sidings, coal wharves and the stone lined curved channel leading to Hobsons Bay, all constructed c.1913-18 and the associated mature trees including Canary Island Palms and Monterey Cypresses at the northern end of Douglas Parade, Newport.

The Newport A & B Power Station complex (former) is of local historic, aesthetic and technical significance to the City of Hobsons Bay.

Historically, the surviving elements of the complex including the trees are significant as the only physical remnants of the one of the major electricity sources for the Melbourne metropolitan area prior to World War 2. The complex is also significant for the important associations with the Victorian Railways as the source of power for the new Melbourne electrified railway system, as well as the formation of the State Electricity Commission. (AHC criteria A4 and H1)

Aesthetically, the gatehouse is significant as a fine example of Edwardian era public architecture, while the remnant mature trees provide an appropriate and related Edwardian landscape setting. (AHC criterion E1)