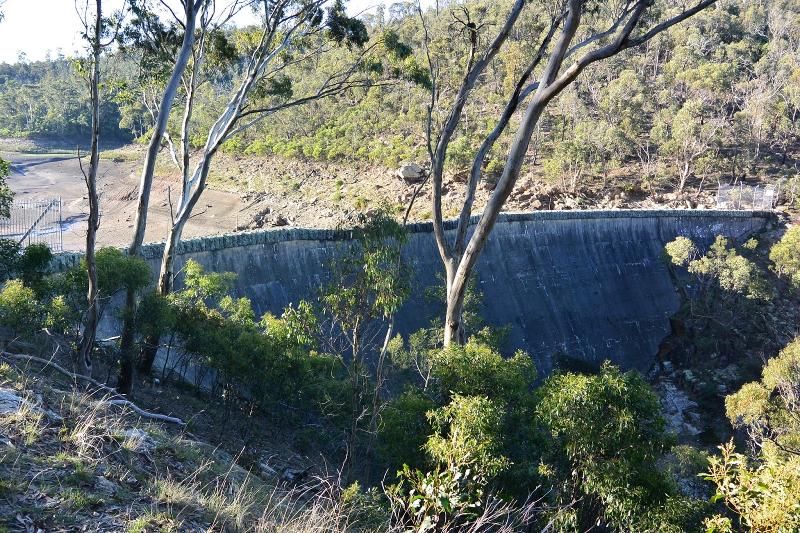 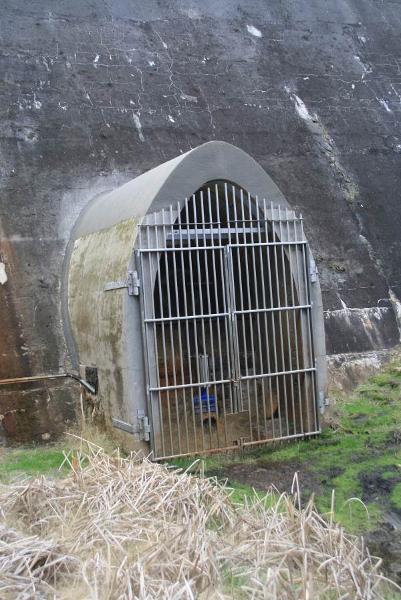 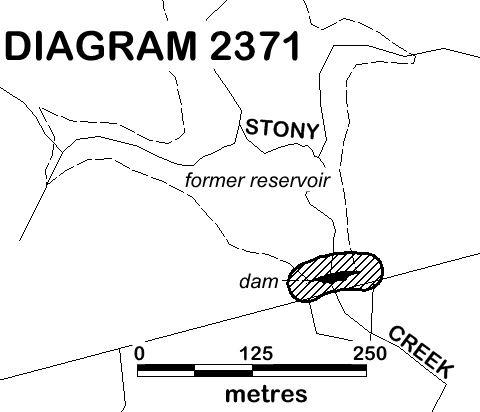 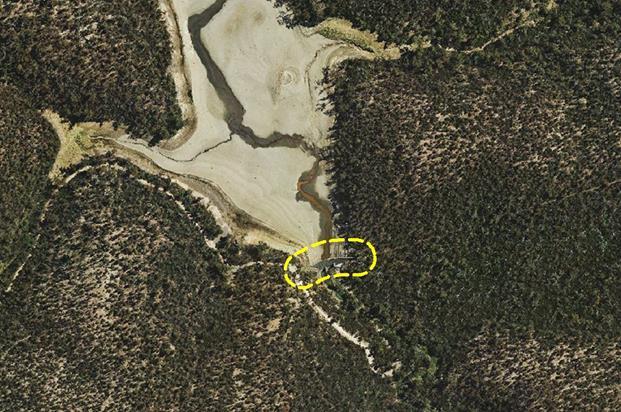 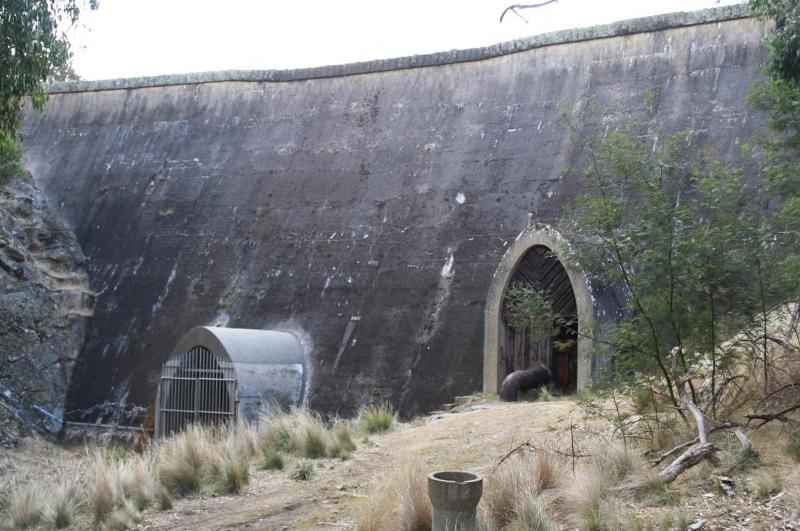 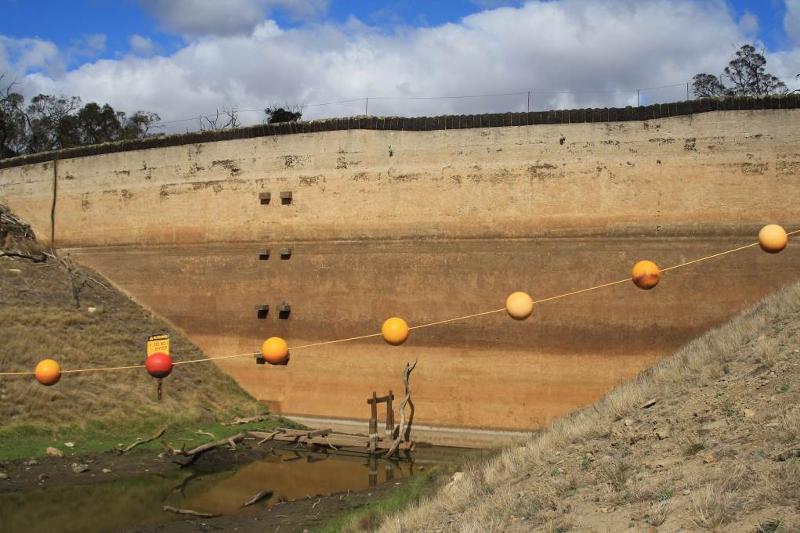 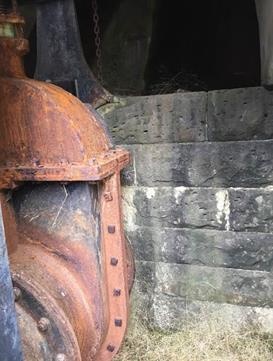 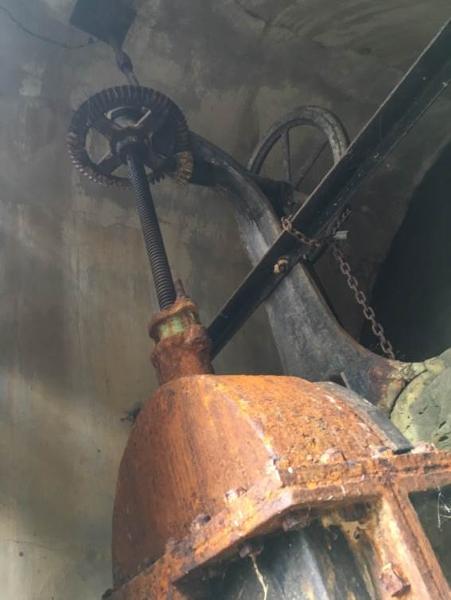 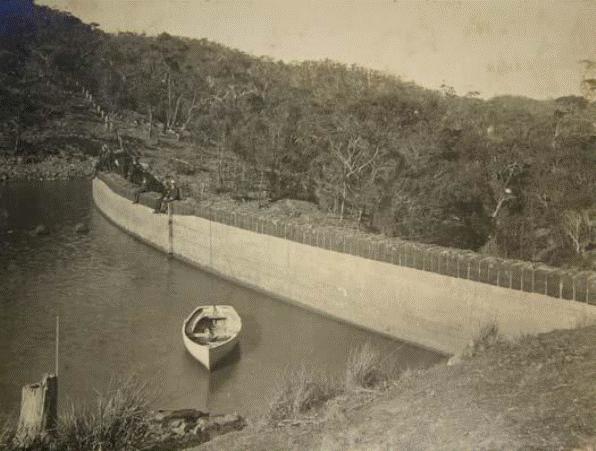 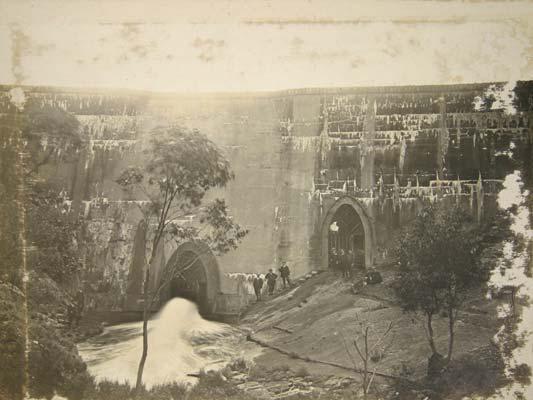 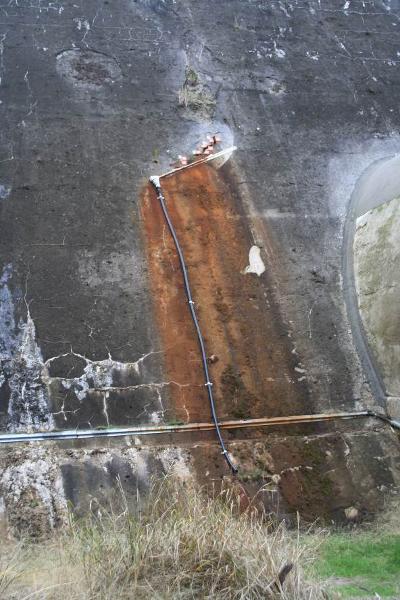 The Lower Stony Creek Dam Wall is the first mass concrete gravity dam wall constructed in Victoria and Australia. It is the third such structure of its type in the world, being constructed soon after Boyds Corner (1872) in the United States and Perolles in Switzerland (1872). It was constructed between February 1873 and June 1874 as part of Geelong's first water supply system, after the failure of the scheme's first dam wall, an earthen structure at the Upper Stony Creek Dam five kilometres upstream. Building a dam wall at Lower Stony Creek presented challenges because the narrowness of the site made the cost of traditional construction methods (earth with puddled clay core) prohibitive. George Gordon, a Scottish engineer was responsible for the design, and Edward Dobson, an English engineer, was responsible for the construction. They pioneered the use of a new material - Portland cement concrete - and used the innovative design principles of Scottish civil engineer WJM Rankine. In 1874 the successful construction of a gravity dam involving the use of about 4,000 cubic metres of concrete, represented a significant technical advance. The Lower Stony Creek Reservoir supplied water to the Geelong area for more than 120 years. It was decommissioned in 2001, and subsequently included in the Brisbane Ranges National Park under the management of Parks Victoria.

The Lower Stony Creek Dam Wall is located forty kilometres north of Geelong near Steiglitz. It is a curved mass concrete gravity dam wall sixteen metres high and sixty-eight metres long. Its inner face, that presented to the water, is convex, and the outer face is concave. At the base of the outer face at the centre of the dam, there are two arched valve houses, with the east one still having its original outlet valve and timber door. The dam wall is made from concrete consisting of Portland cement, broken sandstone screenings and two inch gravel rammed into cambered laminations, each layer being about fifteen centimetres thick. Both faces of the dam wall are rendered with Portland cement mortar.

This site is part of the traditional land of the Watha Wurrung people.

Lower Stony Creek dam is of historical and scientific significance to the State of Victoria. It satisfies the following criterion for inclusion in the Victorian Heritage Register:

Importance to the course, or pattern, of Victoria's cultural history

Lower Stony Creek Dam Wall is significant at the State level for the following reasons:

Lower Stony Creek Dam Wall was built between February 1873 and June 1874 and is historically significant as the first mass concrete gravity dam wall in Victoria and Australia, and the third such structure of its type in the world. It was an integral part of the Geelong Water Supply System, one of Victoria's earliest town water supply systems, commencing in 1873, which underpinned Geelong's development into a thriving city, port and manufacturing centre. The construction of the Lower Stony Creek Dam Wall marked an important moment in the history of engineering in Victoria through its early use of Portland cement concrete in a large structure and the application of the principles of stability developed by the Scottish civil engineer WJM Rankine. [Criterion A]

Lower Stony Creek Dam is a rare structure being one of a small number of mass concrete gravity dams in Victoria. Only three were built during the nineteenth century, the others being at Evansford and the Goulburn Weir, and a further eight were built during the twentieth century. Retaining its original vertical curved and horizontal convex-concave form, the dam wall demonstrates uncommon engineering techniques including thinness (it was 840 mm thick compared with at least 3 metres usually adopted in masonry dam walls), use of a scour pipe to remove sludge accumulations, and the absence of a by-wash, which meant that floodwater washed over the concrete wall testing its strength. [Criterion B]

The Lower Stony Creek Dam Wall is a pioneering engineering structure in Victoria. It demonstrates innovation and technical achievement in its time through use of a new material - Portland cement concrete - which in 1873 was only beginning to gain acceptance as an engineering material. The Wall also demonstrates the first practical application of theoretical design principles developed by the Scottish civil engineer, WJM Rankine, relating to the stability, pressure and tension of retaining walls. In 1874 the successful construction of a gravity dam involving the use of about 4,000 cubic metres of concrete, represented a significant technical advance for its time. The Lower Stony Creek Dam Wall is a fine demonstration of nineteenth century progressive engineering and workmanship. It served as an example to other engineers internationally, for example, being examined in the 1880s by the designers of the Quaker Bridge Dam, New York. [Criterion F]