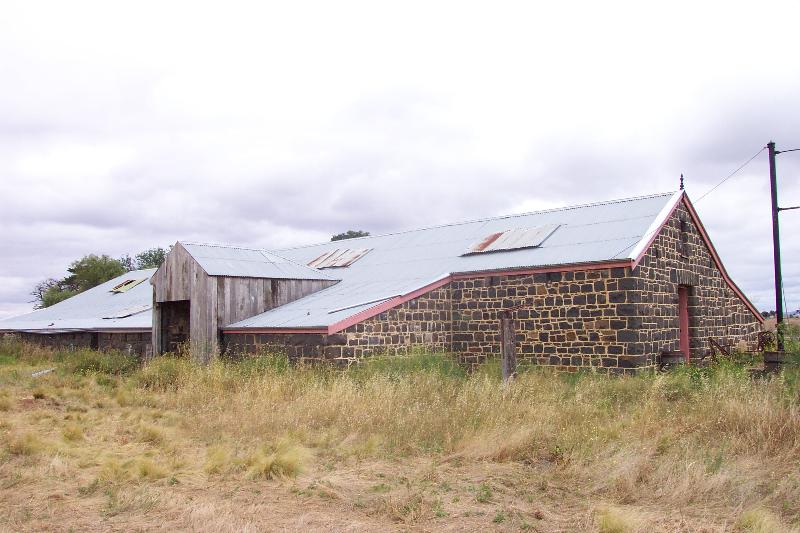 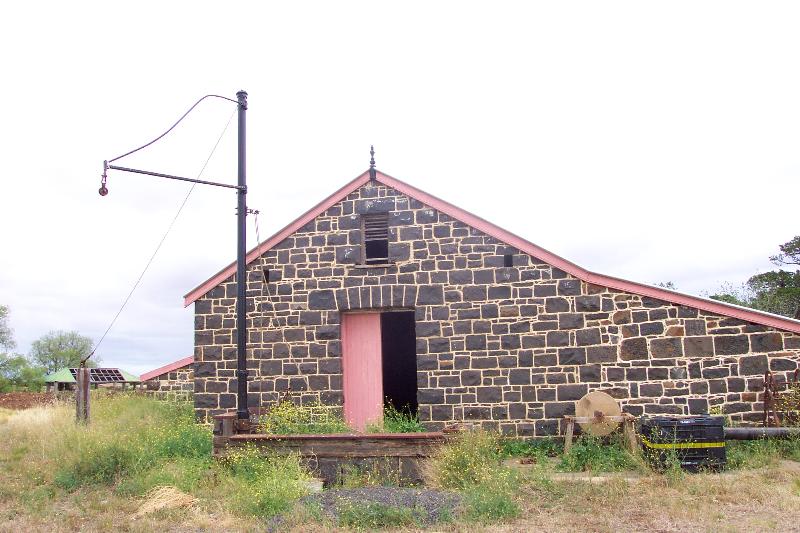 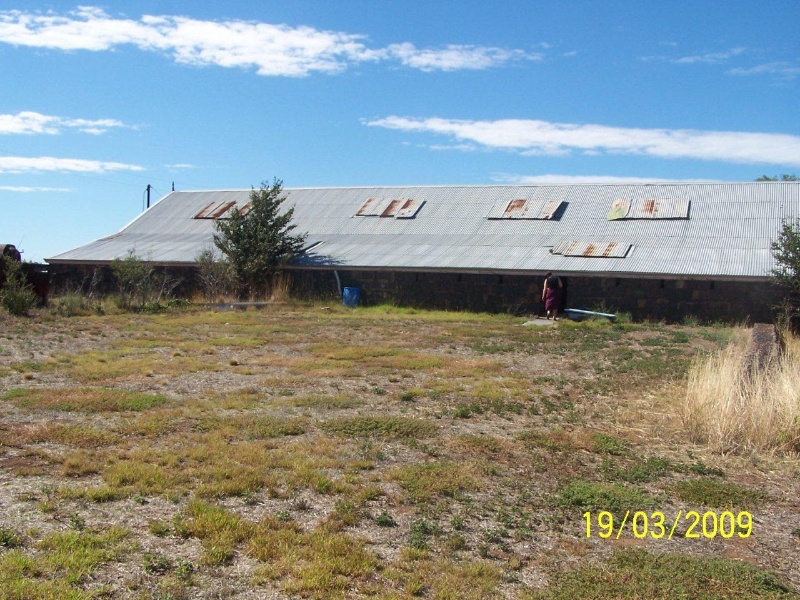 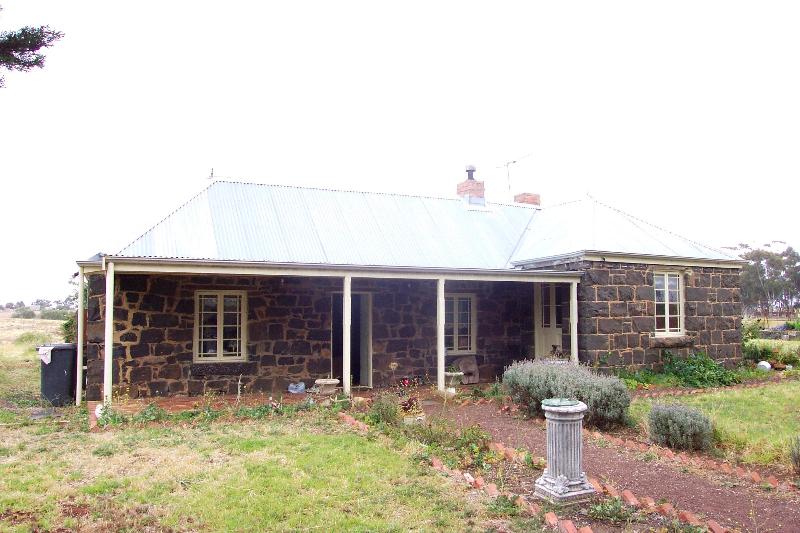 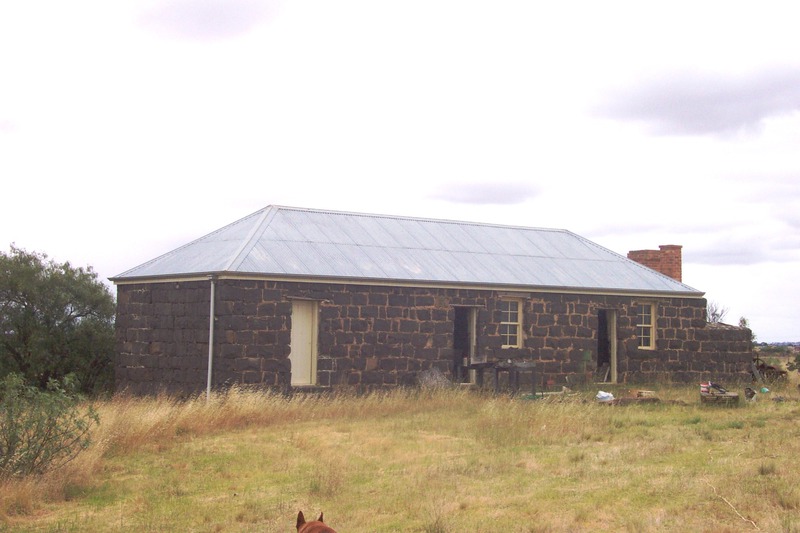 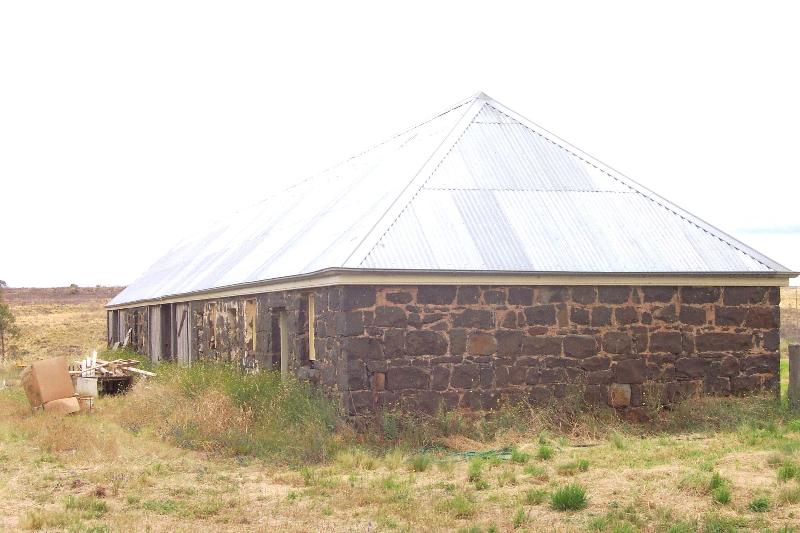 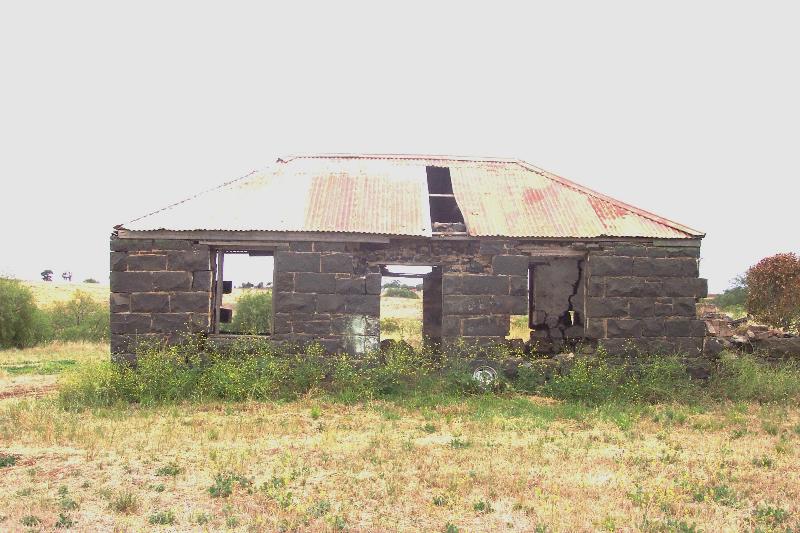 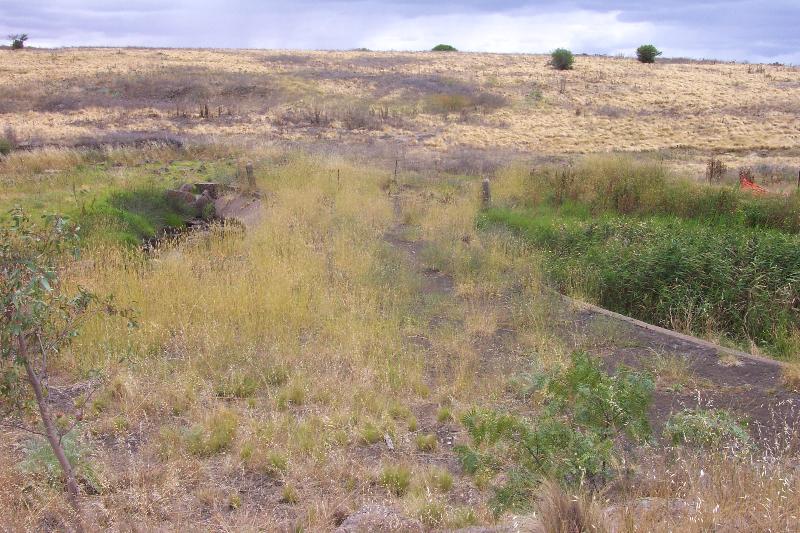 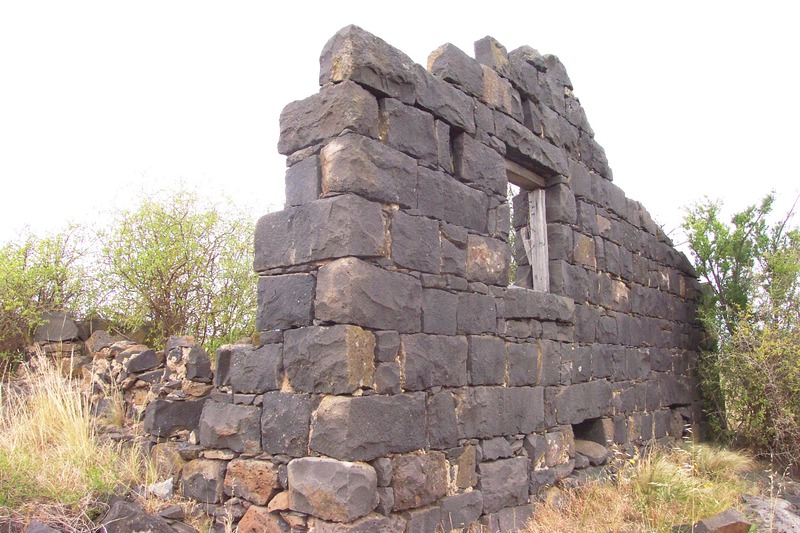 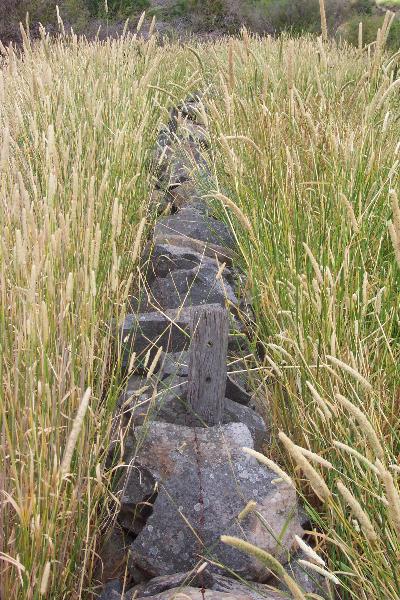 Deanside, the former Rockbank shearing shed and headstation complex, 96 - 103 Reed Court Rockbank, is significant as an early and large stone shearing shed, as a significantly intact pastoral complex, and as a key component of the Clarke pastoral empire which was the most significant supplier of sheep to the Newmarket saleyards in the nineteenth century. WJT Clarke obtained possession of this site in 1853, and may have moved the managers house from WC Yuille's homestation at the Rockbank Inn site; otherwise building of the present complex did not commence until after a destructive fire in 1864 when the woolshed, designed by leading architects Reed and Barnes, was built. In 1876 it was reported that 'nice houses' were replacing the huts at Rockbank, part of a program of improvement undertaken in the late 1870s - early 1880s by (later Sir) WJ Clarke. Other improvements of this era included the complex of large dry stone wall dams across the Rockbank station, the largest of which is adjacent to this complex (now on a different property), and stone wall construction in the 1880s. The complex now consists of a group of six buildings, all constructed of bluestone with galvanised corrugated iron roofs, five of which have now been restored. These are the shearing shed, manager's house, shearers' quarters, boundary riders' quarters, what is commonly known as the cook's house, and stables, which may include a former dairy. The shearing shed had several nineteenth century extensions, but it is possible to distinguish its original and later arrangements and fabric. It includes relics of plant, such as a gantry and line-shafting, which may be original or early. The property also contains a bluestone ruin with a substantial gable end (which appears to have been a killing shed), a large bluestone underground tank, a causeway across the Kororoit Creek, a number of dry stone walls generally in fair-poor condition, and a pig-sty and lime (or brick) kiln (The many recently constructed dry stone walls are not included in this citation.) In addition there are a number of mature exotic plantings, including remnant pine and hawthorn trees.

Deanside (the former Rockbank pastoral station), Rockbank is architecturally significant at a State level (AHC E1, D2). The 16 stand bluestone shearing shed was designed by leading Victorian architects Reed and Barnes. It is amongst the earliest substantial woolsheds remaining in Victoria. It is the most substantial building on the former Rockbank pastoral estate, and the largest former shearing shed in the Shire of Melton. The use of bluestone throughout the complex is distinctive and provides a visual unity, as well as a connection with the volcanic landscape in which it is situated.

Deanside (the former Rockbank pastoral station), Rockbank is historically significant at a State level (AHC A4, H1). It is significant for its association with notable pioneers WC Yuille, and particularly with Australia's mid nineteenth century pastoral giant WJT Clarke, and with his son Sir WJT Clarke who was Victoria's leading citizen in the late nineteenth century and Australia's first baronet. With the Bolinda Vale, Red Rock and Rupertswood estates, Rockbank was part of the vast Clarke pastoral holding north-west of Melbourne, which was initiated controversially when WJT Clarke claimed an obscure provisions of old land legislation to force out the pastoral pioneers, including WC Yuille who had held the Rockbank pastoral lease.

The complex is expressive of the everyday workings of the pastoral industry which generated the wealth of the Clarke pastoral empire, and as such compares with Sir WJ Clarke's lavish Rupertswood mansion at Sunbury. This unadorned working complex is also aptly associated with WJT Clarke, the pragmatic self-made founder of the Clarke empire, whose great pleasure in his old age was to personally select the sheep to be walked from Rockbank to the Newmarket saleyards. The complex is expressive of the importance of the massive 40,000 acre (16,000 hectare) Rockbank station within the Clarke pastoral empire, in particular for the fattening and delivery of sheep (especially the important Comeback, merino-Leicester cross, whose breeding was greatly advanced by Clarke) for the Newmarket meat trade. In 1875 a massive 36,000 sheep were shorn at Rockbank; there were also 800 head of cattle on the station.

The complex, and especially the large shearing shed, conveys a sense of the scale of the Rockbank station, whose domination of the Melton Shire was an increasingly acute grievance to local farmers, which in turn contributed to the break-up of the estate in the early twentieth century. It remains as substantial evidence of the pastoral era, and the former proximity of large pastoral estates to Melbourne.

Deanside (the former Rockbank pastoral station), Rockbank is scientifically significant at a Local level (AHC C2). The complex provides the potential to provide information that will add to the understanding of Victoria's nineteenth century pastoral industry, particularly on the western plains of Melbourne. In addition to the woolshed, dwellings and stable, the complex also includes a number of places such as tanks, fords, and ruins about which little is currently known.

Deanside (the former Rockbank pastoral station), Rockbank is socially significant at a Local level (AHC G1). The place is believed by older local residents to also include graves of former quarry workers killed on the property.