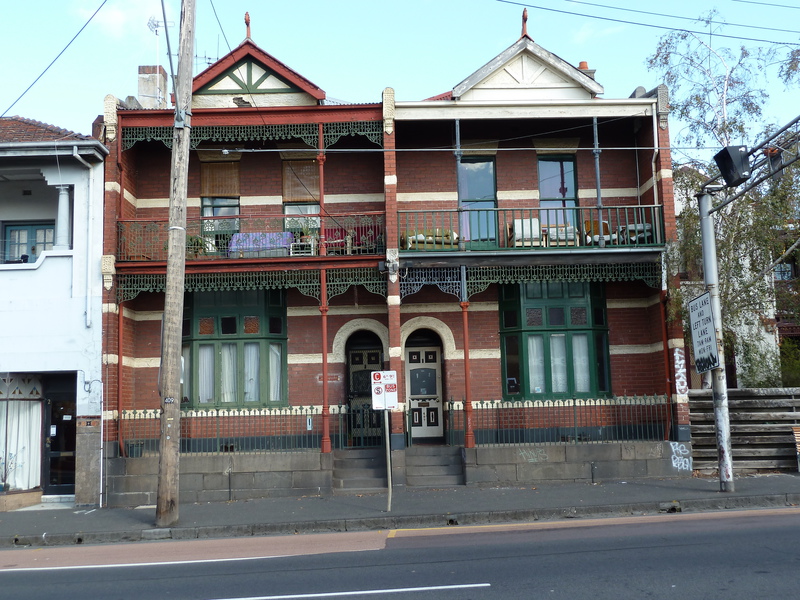 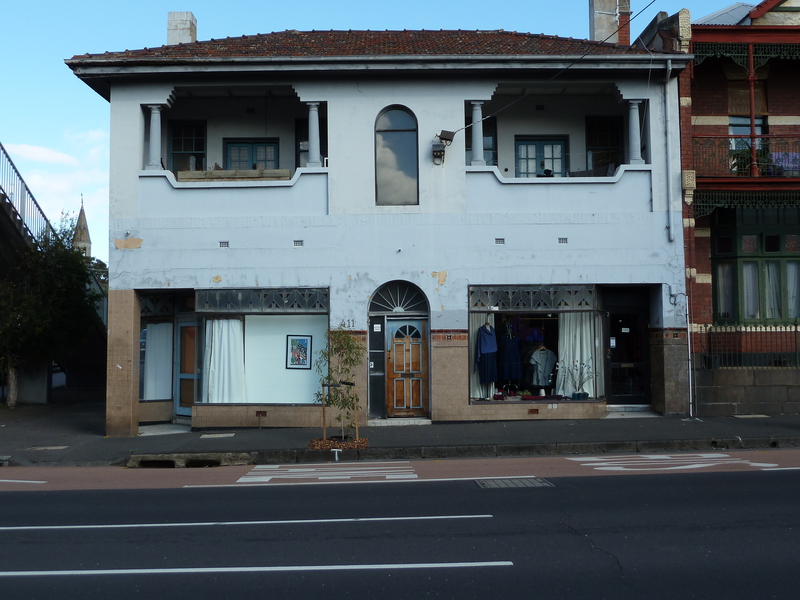 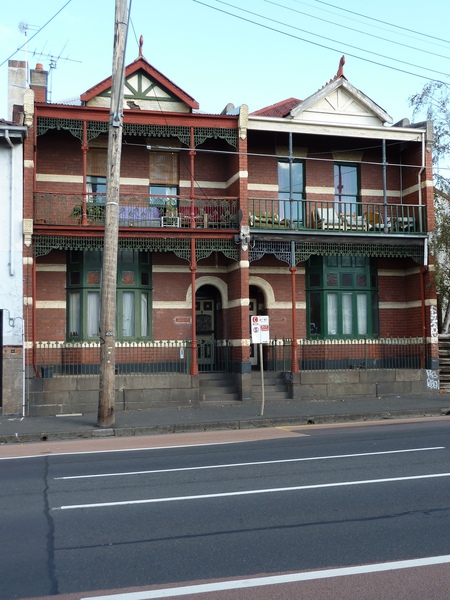 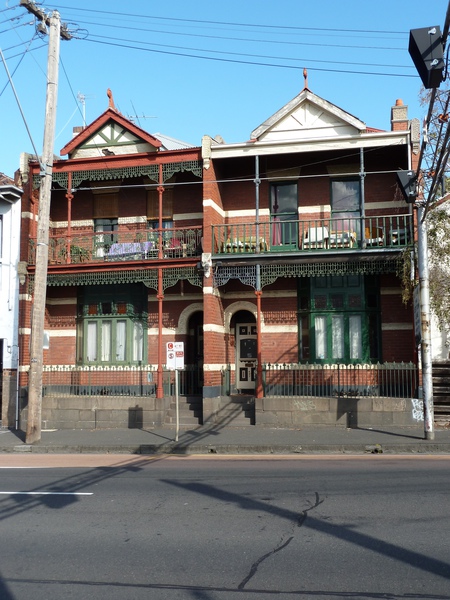 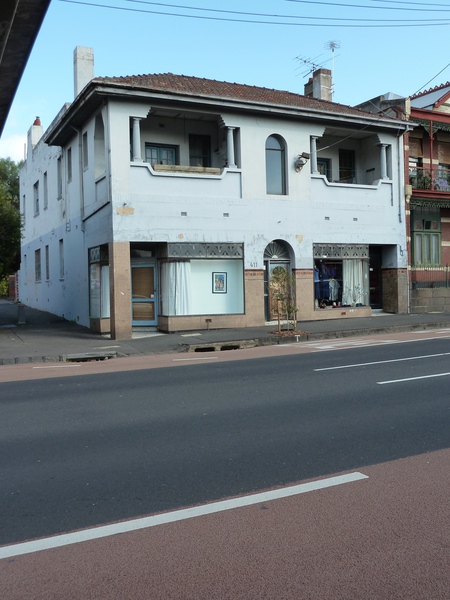 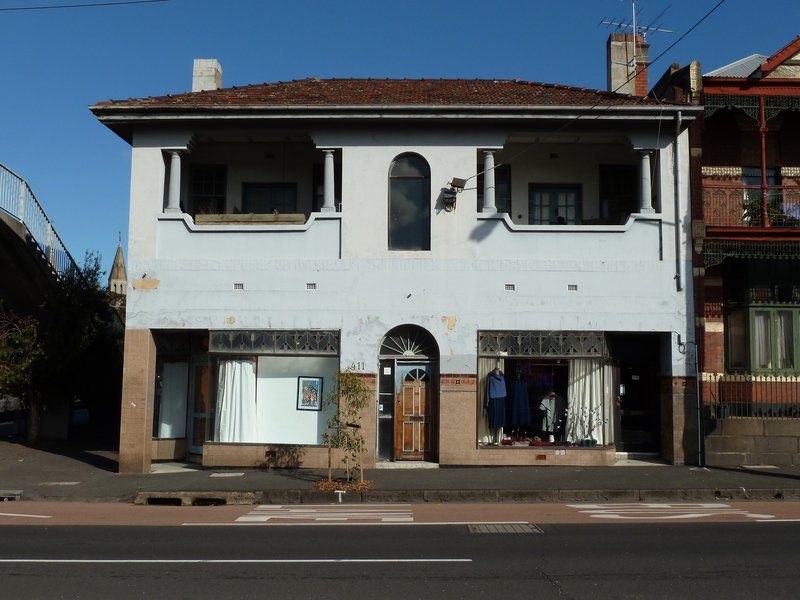 What is significant?
Nos 407-411 Johnston Street, Abbotsford comprises two main building components. Nos 407-409 was constructed in 1910, and is an exposed brick double-storey Federation terrace comprising two large dwellings, with wing walls and a double-height verandah. The dwellings have hipped roof forms clad in galvanised corrugated steel, punctuated by two half-timbered corbelled gables facing Johnston Street. The facade walls have flat-faced string courses; front doors with round arches either side of a central wing wall; and a five-light canted bay to the ground floor facade. The upper verandah frieze and first floor balustrade to no. 407 is missing; the ground floor verandah frieze to no. 407, and the balustrade and friezes to no. 409 are original and have an Art Nouveau pattern. Both terraces have substantial bluestone footings, bluestone front steps, and what appear to be original iron palisade fences to the ground floor verandahs. No. 411 Johnston Street was constructed in the 1930s and is a double-storey rendered brick apartment building with a symmetrical presentation to Johnston Street, two downstairs shops and a terracotta tiled roof with a transverse hip. The main entry to the flats is located centrally in the Johnston Street facade; the shops are positioned to each side of this doorway and have substantially original shopfronts including an upper zigzagging Art Deco fan light panel or transparent frieze. The recessed balconies to the upper level are Art Deco in their detailing, although with short turned Doric columns flanking each balcony. Behind the main transverse gable hip is a flat roofed deck over the southern portion of the building, accessed by an external stair to the rear of the property.

How is it significant?
The properties at 407-409 and 411 Johnston Street, Abbotsford, are of local historical and aesthetic/architectural significance.