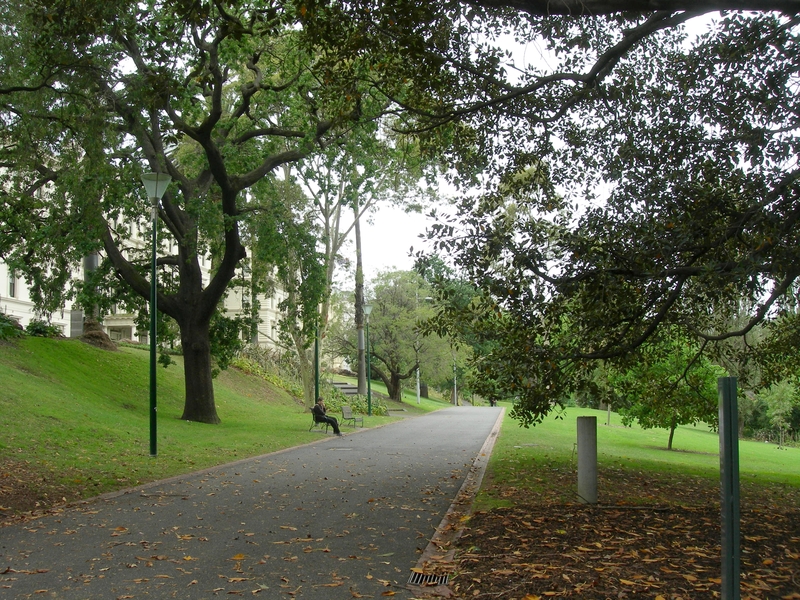 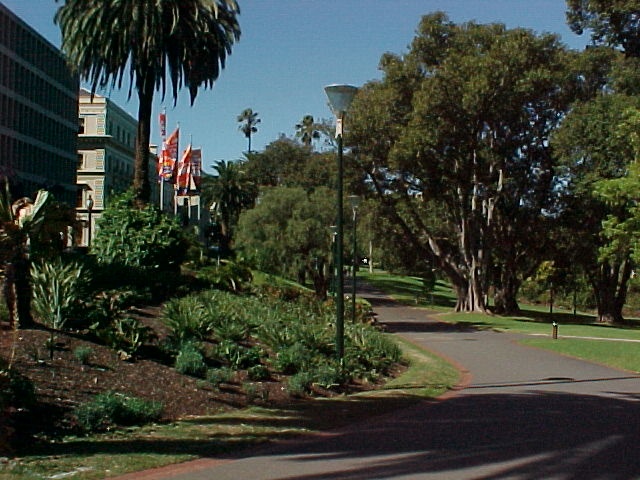 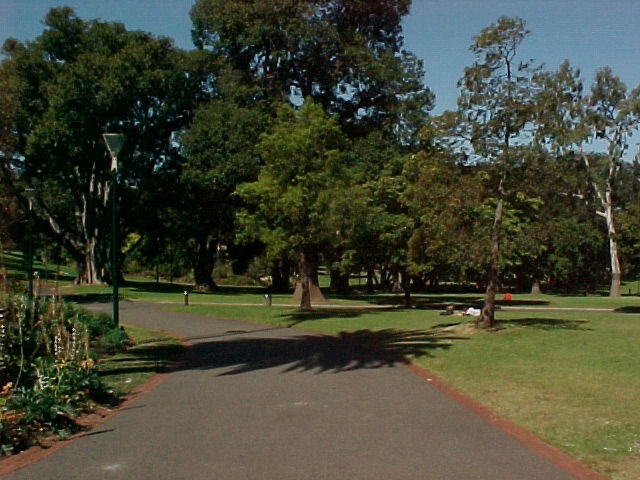 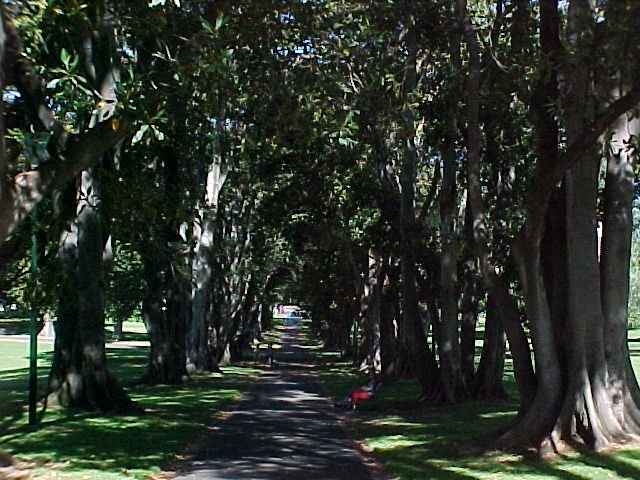 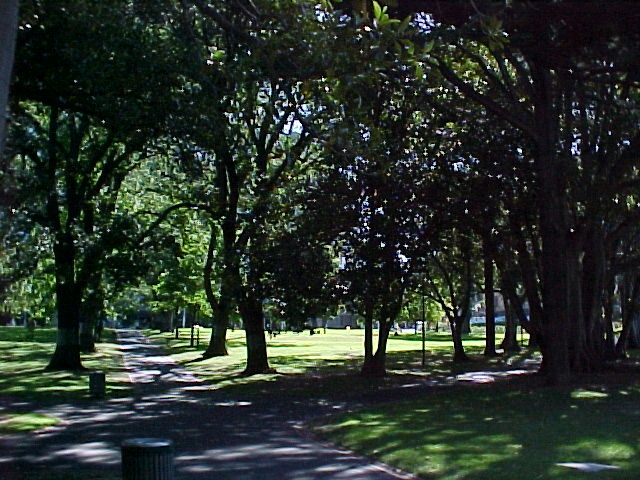 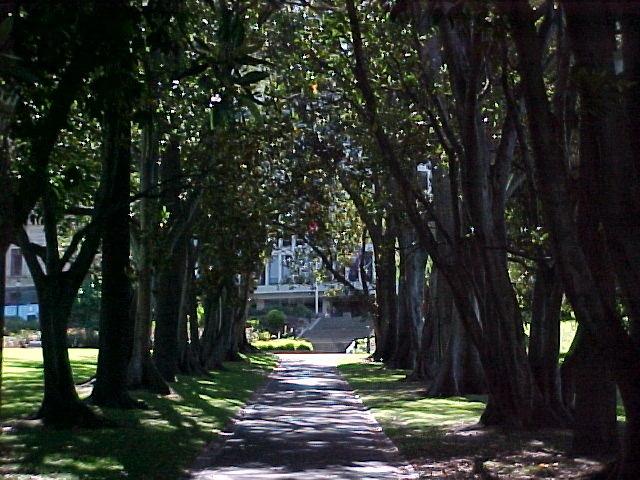 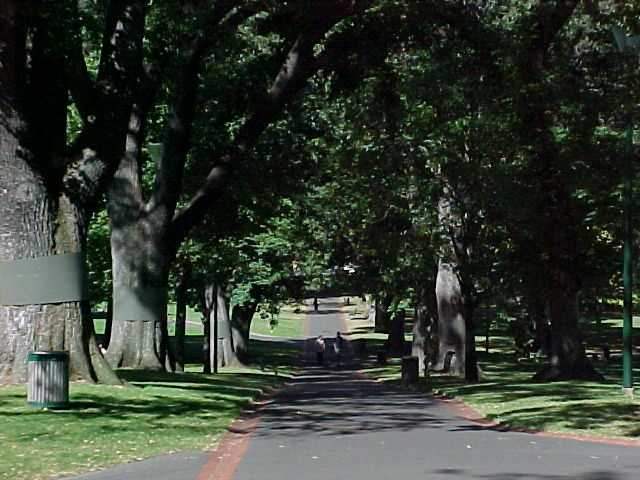 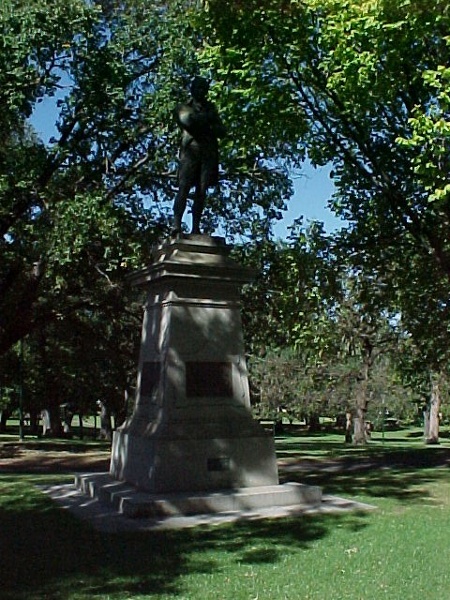 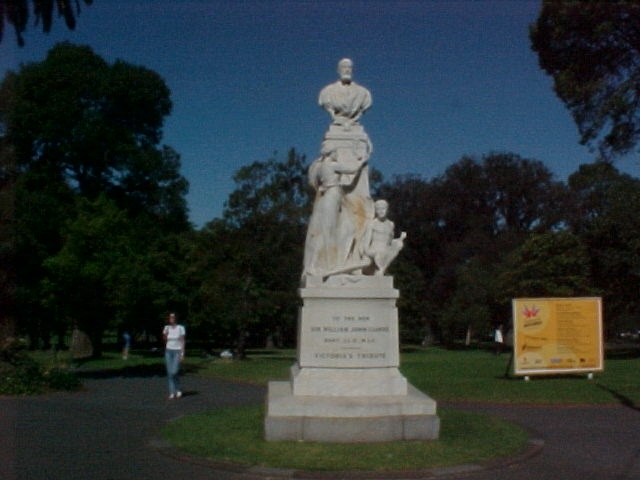 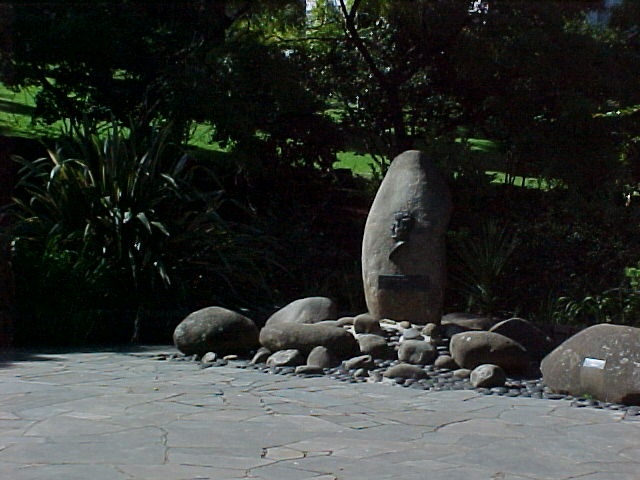 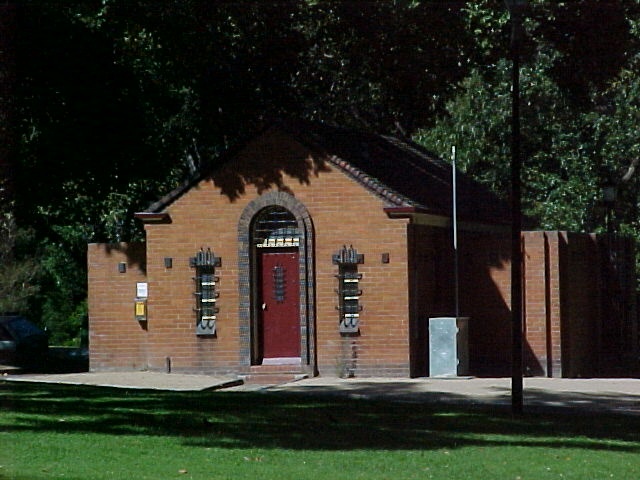 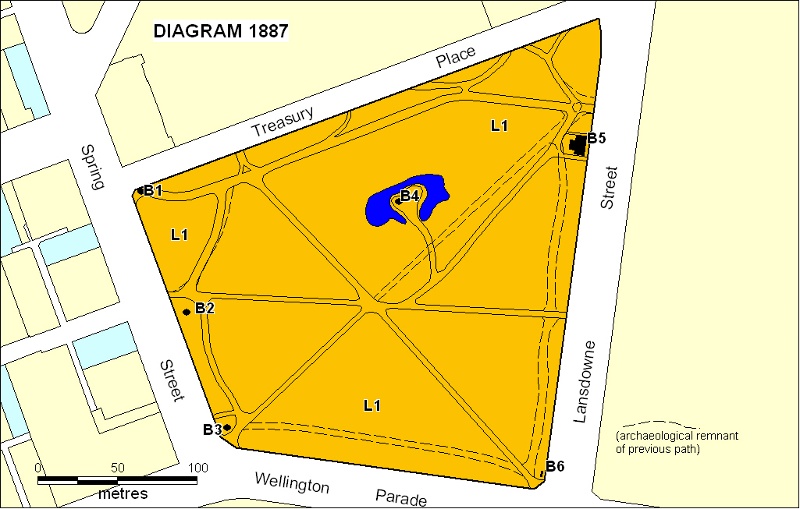 What is significant?
The Treasury Gardens comprises 5.8 hectares (14 acres) and was originally part of the 8.7 hectrares (21 acres) Treasury Reserve . The gardens were developed to a design prepared by Clement Hodgkinson, Assistant Commissioner of the Lands and Survey Department in 1867. The surviving plan shows crossing and perimeter paths lined with trees and a list of species to be planted, many of which remain today. In 1902, the Sir William Clarke statue designed by Bertram Mackennal, was unveiled by the Governor of Victoria. In the same year William Guilfoyle, Director of the Melbourne Botanic Gardens, was responsible for designing a Japanese Garden around the lake, and in 1907 he provided further recommendations on the care of the gardens. In 1929 the City of Melbourne took over the management of the Gardens from the Lands Department and commenced a program of works including the removal of a row of Moreton Bay Figs along Wellington Parade and their replacement with Australian natives. In the 1950s the path parallel to Lansdowne Street was removed and as late as1996 the path along Wellington Street was removed. Only archaeological remnants of these paths remain. In 1934 the Treasury Gardens was used by the community to celebrate Victoria's centenary and in 1939 it was the venue for a floral festival when the art deco brick toilet block was constructed. The Gardens continue to be used for community events and rallies. In 1963 a monument was erected to the American President, John F Kennedy.

How is it significant?
Treasury Gardens is of historic, aesthetic, scientific (horticultural), archaeological, architectural and social importance to the State of Victoria.

Why is it significant?
Treasury Gardens is historically important as one of Victoria's oldest public gardens dating from the mid nineteenth century and laid out from 1867 to a design prepared by Clement Hodgkinson. The Treasury Gardens, and Fitzroy Gardens, are the finest examples of his garden designs in Victoria. The later involvement of the important garden designer, William Guilfoyle, Director of the Melbourne Botanic Gardens is also important. The statue to Sir William Clarke, Victorian pioneer and philanthropist, and the relocated Robert Burns statue are significant sculptures. The assassination of the American President, John F Kennedy in 1963 resulted in world-wide condemnation and the monument acknowledges this important event.

The Treasury Gardens is of aesthetic significance, featuring mature stands of trees planted as avenues along the crossing paths, and forming a 'cathedral' or 'tunnel' effect. The contrasting evergreen foliage of conifers, palms and Moreton Bay Figs against a background of deciduous elms, oaks, plane and poplars is a prominent landscape feature. The contrasting colours and trees forms are dramatic and outstanding in autumn. The rock edging and Hedera helix borders are fine examples of this form of garden design. The gardens form an integral component of the Spring Street government buildings precinct.

The Treasury Gardens is of aesthetic and scientific (horticultural) importance for its outstanding nineteenth century design, path layout and planting. The avenue of Ficus macrophylla, is the finest planting of this type in Victoria. The avenues, rows and specimen trees of Ulmus procera, and Ulmus x hollandica, throughout the Gardens are significant trees, forming part of the most important collection of elms in Australia. The rare small-leaved Ulmus x hollandica is of horticultural importance. Other notable trees are: Ficus rubiginosa, Cedrus deodara, 3 Populus alba, Araucaria heterophylla, and the collection of palms, Phoenix canariensis, Washingtonia robusta, Butia capitata, andChamaerops humilis. The remnant Eucalyptus camaldulensis is of scientific value as the last remaining example of the original flora.

Treasury Gardens is socially important as a venue for many important community events, open air concerts, and political and union rallies. Attempts to construct car parks, rail station and other facilities have been strongly opposed by the community and State governments.

Treasury Gardens is of archaeological importance, not only for the remnants of earlier landscaping, but also as a relatively undisturbed tract of land in inner Melbourne, for its potential to reveal archaeological evidence from earlier periods in Victorian history.

The toilet block built in 1939 for the Spring Carnival and floral festival is of architectural importance for its uncommon art deco design, decorative pattern brick and tile construction and extensive use of wrought iron detailing, including grills, gates, lamps, signs and brick planter, exhibiting outstanding craftsmanship.