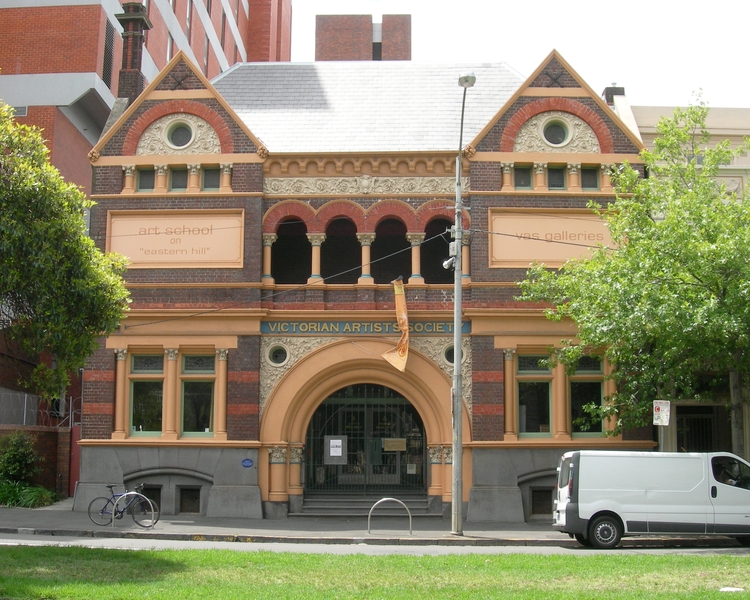 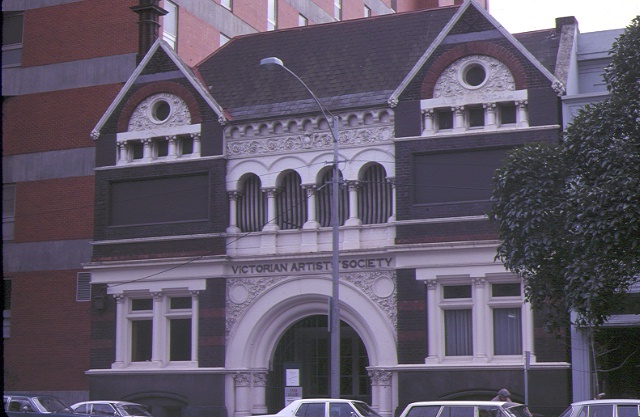 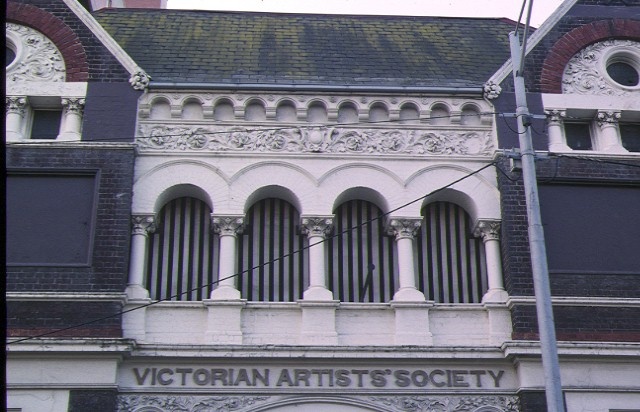 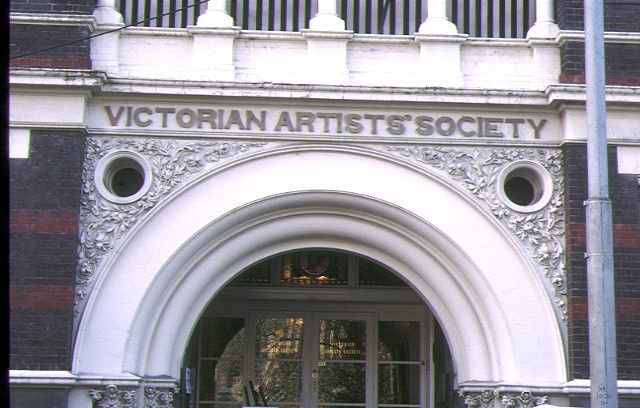 William Massey built the Victorian Artists Society at 430 Albert Street in 1892 to the design of architect Richard Speight. The building, constructed of brick with a tile roof, is in the American Romanesque style. The American Romanesque style combined bold massing in the Norman style with intricate decoration. It is expressed in this building by the bold Richardsonian arch, the loggia and squat columns. Speight's design, in response to a competition, is the second building on the site and sits in front of a bluestone basement gallery constructed in 1874. The 1892 two storey facade is symmetrically composed of two pavilion wings flanking a central entrance. The entrance is through a wide nested archway set on squat half columns with carved stone capitals. The spandrels to the archway contain small round windows surrounded by floral decoration in moulded cement bas-relief. Above the entrance is a loggia of four arches set upon slender columns with a decorative cement bas-relief panel and mock machicolations. The flanking pavilions on the ground floor each contain two windows set between columns with carved capitals. On the second storey are large blank panels designed to receive decorative panels that were not completed. Above the panels are three small windows set between squat columns. The gable ends above the flanking bays contain decorative cement arches and small round windows.

The Victorian Artists Society is of architectural and social significance to the State of Victoria.

The Victorian Artists Society is architecturally significant as an early expression of the American Romanesque style in Victoria. The style in Australia was strongly influenced by prominent American architects, notably Sullivan and Richardson. This new style represented a shift from the traditional European architectural influences of the Classical and Gothic styles, and was a conscious identification to the New World. It was significant as one approach in the search for a national style of architecture appropriate to Australia. The Victorian Artists Society has a skilfully executed decorative scheme with decorative mouldings, half columns and foliated panels. It is one of the few surviving works of architect Richard Speight.

The Victorian Artists Society is socially significant as an academy for painters and sculptors. Many of Victoria's prominent artists have been associated with the Society and the building over a continuous period of more than 120 years. Prominent members included Chevalier, von Guerard, Buvelot, Streeton, Roberts and Conder.