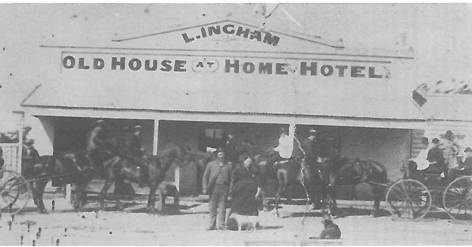 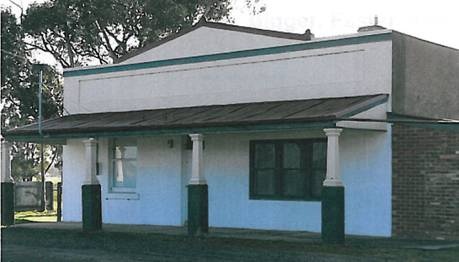 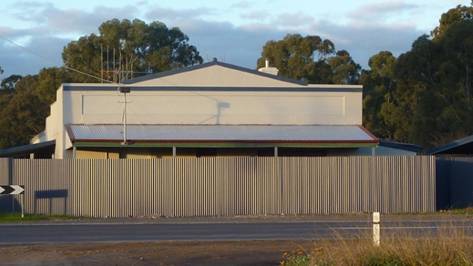 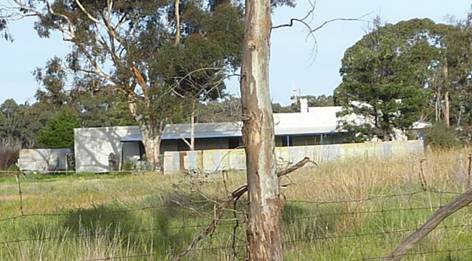 The former the Old House at Home Hotel is a single-storey brick hotel that is believed to have 1860s origins. The brickwork is stuccoed to the west (front), north and south elevations, with a recessed panel for signage in the parapet and a prominent surmounting pediment with acroteria. The north (side) wall has a stepped profile; the south (side) wall does not. The west elevation has a central door and flanking windows. The (non-original) southern window opening comprises three double-hung sashes; the northern window is a single double-hung sash with a projecting sill. Despite the modification to the southern window, the parapet, pediment and central door give the building a sense of symmetry. The verandah was previously supported on square concrete columns and pedestals (possibly timber), dating to the inter-war period. The present verandah, the top of whose square timber posts are visible above the tall fence, has been installed since 2008.

The former Old House at Home Hotel is of local historical and aesthetic/architectural significance.

The former Old House at Home Hotel (built from the 1860s), on the Bendigo-Pyramid Road opposite Quinn's Road at Woodvale, is of local historical and aesthetic/architectural significance. It is historically significant (Criterion A) through its association with the gold rushes that underpinned European settlement of the area from the 1850s, being established to service miners at the nearby Red Flag diggings. The former hotel is approximately 1km from the former Royal Hotel and is one of several hotels that once existed on the Bendigo-Pyramid Road. The location of the hotel also provides evidence of the historic centre of Woodvale; other buildings in the vicinity included the former Red Lion Hotel to the south and a butcher's shop directly opposite (both demolished). The former Old House at Home Hotel was the last operational hotel in Woodvale, being delicensed in 1970. The majority of hotels in the area had been delicensed by 1930. Aesthetically and architecturally (Criterion E), the former hotel is significant as a compact and symmetrical brick building with a pronounced parapet and prominent triangular pediment, with a deep recessed frieze and pediment designed to carry signage. In these respects it is not typical of historic hotels, but relates more to single-storey parapet-fronted retail and commercial buildings in goldfields towns and elsewhere in Victoria, built from the 1860s into the early twentieth century. Modifications, including the replacement verandah, have not significantly compromised the capacity of the building to demonstrate the original design intent. The former hotel is also prominently located on the Bendigo-Pyramid Road, opposite the intersection with Quinn's Road.